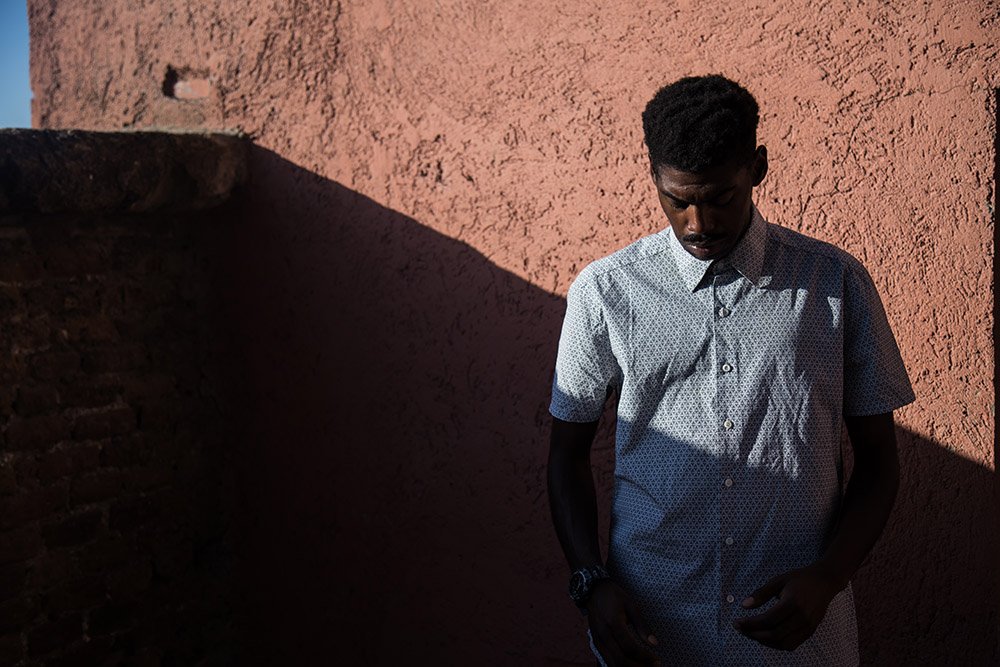 INNER, the debut album by BLCKEBY, better known as Marco Diamubeni, is certainly among the most captivating Italian music released amid the COVID-19 pandemic.

Many have preferred not to talk about the main topic of this surreal and dramatic period, but the Italian-Congolese producer based in Frascati has decided not to delay the launch of his debut LP, which came out after a few years spent behind the decks at several nightclubs in Rome, Italy. Luckily—we say—, because INNER has been with us during the lockdown, making us dream of the sweaty pre-quarantine nights spent dancing as well as accompanying moments of reflection at the same time with its glitchy, tropical deep bass. Then again, as we understand from the title, INNER is the result of a personal journey in search of music and emotions, a crossroads between a more canonical LP and a mixtape that allows us to test BLCKEBY’s skills and to anticipate all the possible directions that his music will take.

We spoke to Marco and we asked him a little bit about his world, following a fil rouge dictated by INNER’s  tracks titles.

GRIOT: 01. That Night In Middle June. Was that the night you realised you were in love with music? If not, when?

BLCKEBY: Wow, well, I must say that the best memories of that first fire burning inside me are tied to my adolescence. I remember I attended a summer camp in Austria and Milstatt’s city center was not far from the accommodation where I stayed with some other guys. Some nights, with the intention of taking a walk, I did nothing but make the round trip from the camp to the town singing at the top of my lungs and dancing my favorite songs of the time, without worrying if I was alone in the street. Starry skies and carefreeness: definitely my first strong feelings for music. 02. My Fault. What is your relationship with guilt?

One of the things my father has always loved to tell me since I was a child is: ‘Always let them remember your good side’ I really don’t want to disappoint people, and as much as it depends on me, I always try to act and behave my best to prevent it from happening, especially if it involves my loved ones. That said, I believe it’s not a dynamic you can always have full control of. Perhaps the best way to deal with guilt is to be sensitive, self-critical and available for others.

03. Do you? Would you have ever imagined to release your debut album in such a mad period in time?

Not really, but honestly I am truly positively overwhelmed by everything that has happened since the moment the brave Label manager of Doubledoubleu, Antonio Castellano, and I decided to release the album during the pandemic.

04. Let’s dance. What is electronic music to you?

If I had to describe it by using words, I would say: emotion, language, freedom and dedication. But to explain what it means to me even better, I would use a sensory expression: a thrill. 05. I’ve always been running. Which direction is your music heading to?

I don’t think I can frame my music. I don’t see a specific direction I am heading to. I love to experiment, to wander and follow my inspirations and taste. In the future I would certainly like to start collaborating with singers who can contribute with their voices to my unconventional beats, or vice versa!

06. Origin’s Riddim. Tell us about your origins and the sense of belonging to your roots,  personal or musical.

I was born in Rome and I have always lived in Frascati, therefore the bond with my roots has always been mediated by my parents who are originally from the Democratic Republic of the Congo (former Zaire). They have certainly passed on to me the appreciation for the liveliness of the rhythm, for the joviality of dancing and the genuineness of free and spontaneous singing. Culturally speaking,  I must be honest there are huge gaps in much of what my parents have told me about uses, traditions and dialects of the Congo, where unfortunately I have not been yet. But over the years I have developed a remarkable curiosity and desire to go there, so I think it will be something that I will do as soon as possible, also to bond with all the relatives I have not had the opportunity to grow with. 07. Eyes Closed. What do you see, if you close your eyes?

I see myself strolling around Barcelona, it’s one of the cities I deeply love.

08. Could Have Been U. If you weren’t a producer, what would you do?

I have many passions, I always try to develop them, and writing is one of them. I think I would have studied more at school, and I would (have tried to) be a writer.

09. Deathtongue (are we ever gonna talk again?). What’s the message hidden in your music?

When I was at the academy where I trained as a producer, a professor once said: “”Guys, don’t think that if you spend hours in front of your computer you will make a masterpiece. Sometimes you just have to turn everything off and go live. Life is going to be your biggest inspiration.” I was very impressed and I believe that has contributed to the creation of my modus operandi. So if there is a hidden message in my music, it is something that concerns my daily life, which is an amazing adventure, I can guarantee!

10. Desire. What’s your greatest ambition as an artist?

Well, firstly to be able to live exclusively through my art. And then,  if I had to mention something more concrete, my dream is to play live at Glastonbury Festival, which for its history and charm is the event I would like to take part in more than anything.

Listen to INNER on Spotify and Apple Music 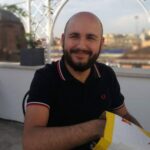