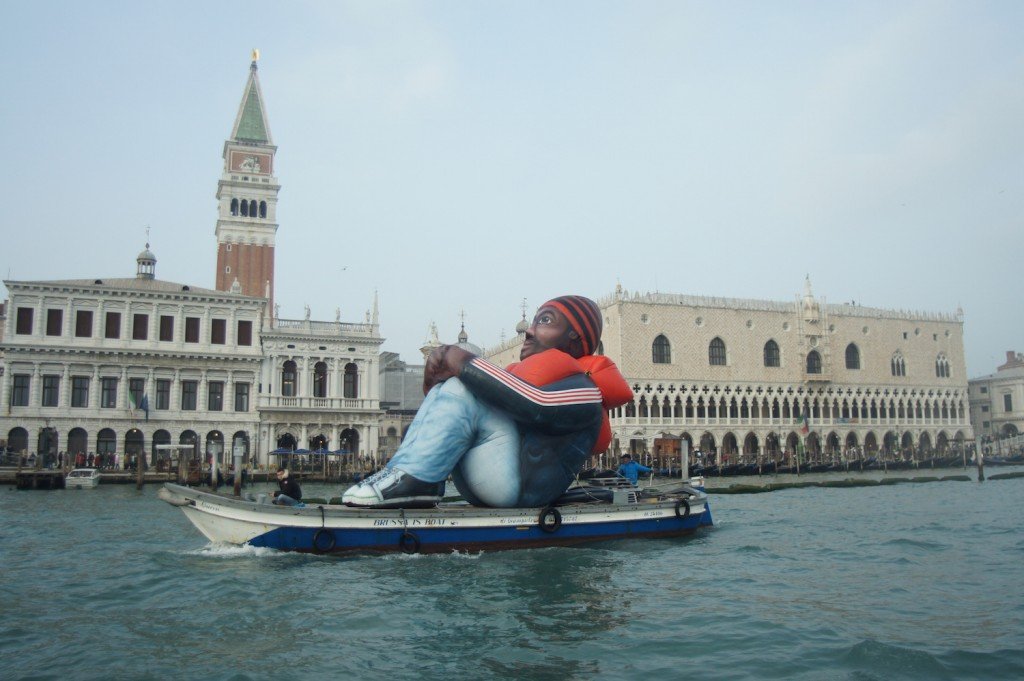 Two days after last week’s Paris attacks, the Belgian artistic duo Dirk Schellekens and Bart Peleman, placed a man on a little boat, a 6 meter tall inflatable refugee and took it for a spin down the Venezia canals.

A work of art to remind us the enormous tragedy that millions of people go through every day, too often inhumanely, hit by the geopolitical developments.

The installation is made with the same material as inflatable boats used by men, women and children for the crossings. A material too fragile to withstand the powerful waves of the sea, making the passengers on these boats extremely vulnerable.

The overwhelming dimension of the work wants to represent the magnitude of the phenomenon and how people perceive him, “a problem yet opportunity for the West welcoming yet pushing him away”, as stated by the artists.

The name of the work is not casual, considering that an “Inflatable Refugee” is an inflatable structure used for the very first triage and medical screenings for refugees and migrants once ashore. In early September, Humans of New York, a Facebook/Instagram page sharing the stories of people picked at random among the streets of New York, changed its editorial line for a few days, sharing testimonies of crossings of those who made it into Europe. Indeed, it has been an important online spotlight that made millions empathize with these people.

Will this work have the same effect?