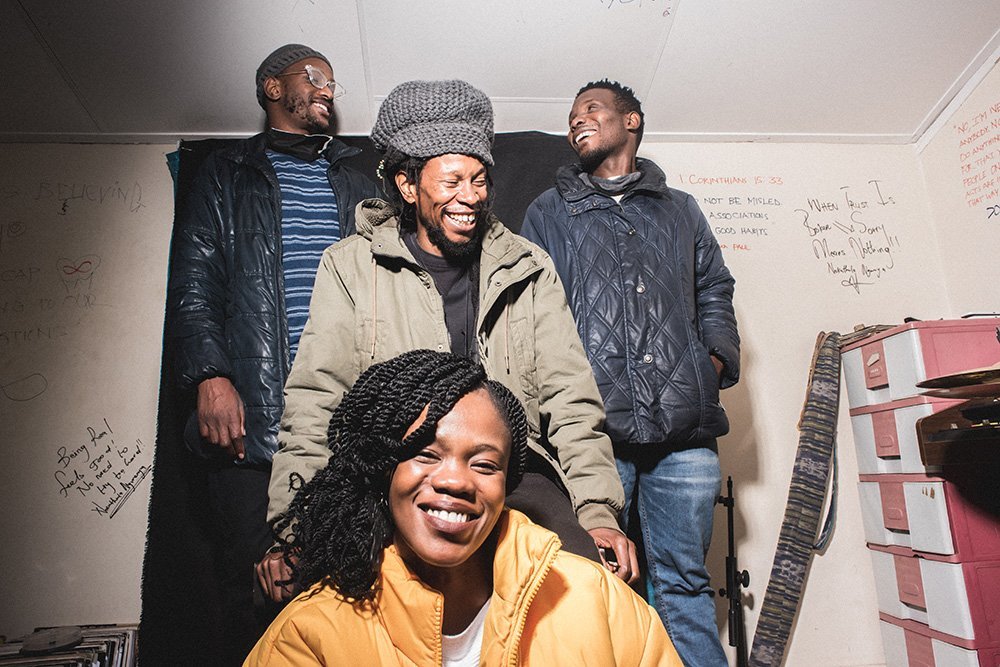 Indaba Is is the project bringing together the best of the jazz and improv contemporary scene in South Africa. It was born from the collaboration of Gilles Peterson’s Brownswood Recordings with the pianist and songwriter Thandi Nthuli and the artist and performer Siyabonga Mthembu from the collective, The Brother Moves On (TBMO). The two curators and artistic directors have managed to capture all the beauty, liveliness and diversity of a buzzing scene by supporting the multiplicity inherent in the music and culture of South Africa.

The diversity of its roots lies in the townships created by the apartheid, which relegated in the same—poor and marginal—places all African people regardless of their origin. The migratory fluxes between the various regions also contributed to this artistic cross pollination, which inevitably reflected—and it is still reflected today—on culture, art and music.

Music and sounds overlapped in Black neighbourhoods through radios, records and religious rituals, not only in churches but also in the streets, in front of the evening fires or in houses’ courtyards. Classical music, American jazz, traditional songs and European pop have met and mixed for years in that context, giving life to something new and original which inevitably became part of the cultural identity of contemporary South Africa. The issue of identity and its collective creation—which goes beyond the concepts of origin, lineage and class—is the common thread of Indaba Is. It is no coincidence that the opening of the record is entrusted to the piece Ke Nako (“It’s time”) by Bokani Dyer: the title takes up the slogan used to push voters in the first post-apartheid elections, but here it becomes the pretext to invite South Africa to reflect on the present.

The long and exciting second track, Umthandazo Wamagenge by the art ensemble The Brother Moves On, focuses on the value and transformations of interpersonal relationships in a changing society such as South Africa; but the highlight of the album is perhaps the contribution of Thandi Nthuli herself, Dikeledi (“Tears”). The artist returns to the concept of identity and the illusory power of appearance. In the end, as the song says, the strength of the roots, being rooted in a community, wins over the ephemeral nature of image and appearance.

However, as a result of the social fractures designed by the apartheid in order to impose uniformed and racialised identity structures, the community is also problematic and conflictual. The most important merit of Indaba Is is precisely the attempt to shatter these superstructures, demonstrating that an open and fluid collective work—in music as in society can lead to a more solid unity capable of preserving, and even enhancing, diversity.

To reiterate that there has never been a single sound, especially in the jazz and improv scene, the final song Abaphezulu by iPhupho L’ka Biko mixes the South African ancestral heritage with classical vocalisations, Indian sounds, free improvisation and modern jazz rhythms: a joyful riot that sounds of hope.