If You Haven’t Been To Okwui Enwezor’s Biennale Yet, There’s Still Time 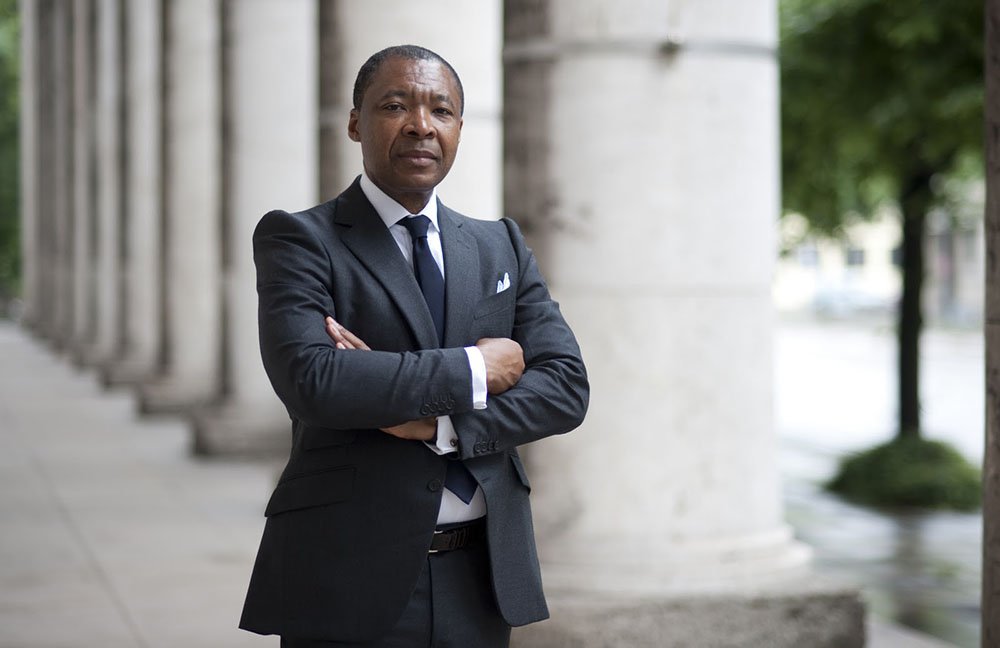 Okwui Enwezor is one of those names you have to keep in mind. When you discover who bears it, you’ll never want to forget it. We would place place him among the top 5 of our all-time gurus, especially if you’re someone who breathes art. “Wow! This man has made his own life a work of art.”

Mr Enwezor was born in Calabar… “Where is Calabar, you ask?” Here. Thanks to a scholarship he moved to the US at a very young age. After his political science studies he founded the Nka Journal of Contemporary African Art, to change common perspectives about African art and contemporary art in general because, as he says, “beauty has no borders.”

It’s his global vision with no borders of the art Universe that brought him to Venice. After skipping through several chairs at some of the most prestigious American universities and being behind the most important international digests of contemporary art – like dOCUMENTA from 2002, today he is in the Venetian lagoon to organize the 56th edition of the Biennale, so, if you haven’t moved your butt yet, you better hustle. The clock is ticking.

All The World Futures is the title of this Biennale. Enwezor used the Das Kapital by Marx as an ideological benchmark for the present and all of the world’s futures.

We went there and this is a selection by our editor Johanne about some of the works she liked the most.

“The End of Carrying All” by Wangechi Mutu is a three-channel video animation in which the Kenyan artist shows the horrible end she thinks will hit the world. The video shows a woman walking on a hill balancing a few objects on her head, a daily routine for many African and Caribbean women. Throughout her path she stops to pick up some more, more and more, but in the end, the weight swallows her and she transforms into a lava-bursting volcano.

“The Key in the Hand”, the installation by the Japanese Chilaru Shiota is a site specific work, conceived for the Biennale. As soon as you step into the Japanese pavilion you stumble upon two wooden boats surrounded by red yarn going in every direction and an enormous number of keys, each attached to the end of a piece of yarn.

In the idea of the artist, the keys, assembled from all over the world for the exhibition, connect us to each other, while the boats carry people and time. “Untitled (Playground, 2015)”, by the American Kerry J. Marshall, looks like it has been waiting for you. The subjects depicted look and smile at you and while showing their everyday life, in the housing projects of big American metropolises, areas where you can still smell segregation. “Acción directa” by Juan Carlos Distéfano (Argentina) represents the supreme symbol of agony, a sculpture charged with symbolism. Once again you can see a common man, crawling on a street lamp to cut the entangled wires that impede the flight of a kite. The man is clearly aware of the risk of being electrocuted, but despite this, he chooses to take it anyway – indeed to sacrifice himself – for the sake of others. “American Violence”, by Bruce Nauman is a work made with text neon tubes created by the American artist between 1981 and 1982, when his works were gradually getting a clear political connotation. “Stick in your ear”, “Sit on my face”, “Rub it on your chest”. “Stilleven/Natura in Posa”, by the Italian artist Marzia Migliora is simply out of this world. The environment created by Migliora is the re-enactment of a photo the artist took twenty years ago, in the farmhouse where her father lived. You find yourself in front of a massive stretch of yellow corncobs reflecting off an entirely mirrored wall with a strategically placed dark wooden wardrobe, guarding the Archive of the Memory. A daily and familiar scenario which the artist reconnects to a broader context, Italy’s rich agricultural heritage. Some say this has been one of the best editions of the Biennale in the last few years. Some others have strongly criticized it. If we have aroused your curiosity enough, take the opportunity for yourself to go diving into the lagoon and swim through the artistic selections by Enwezor.