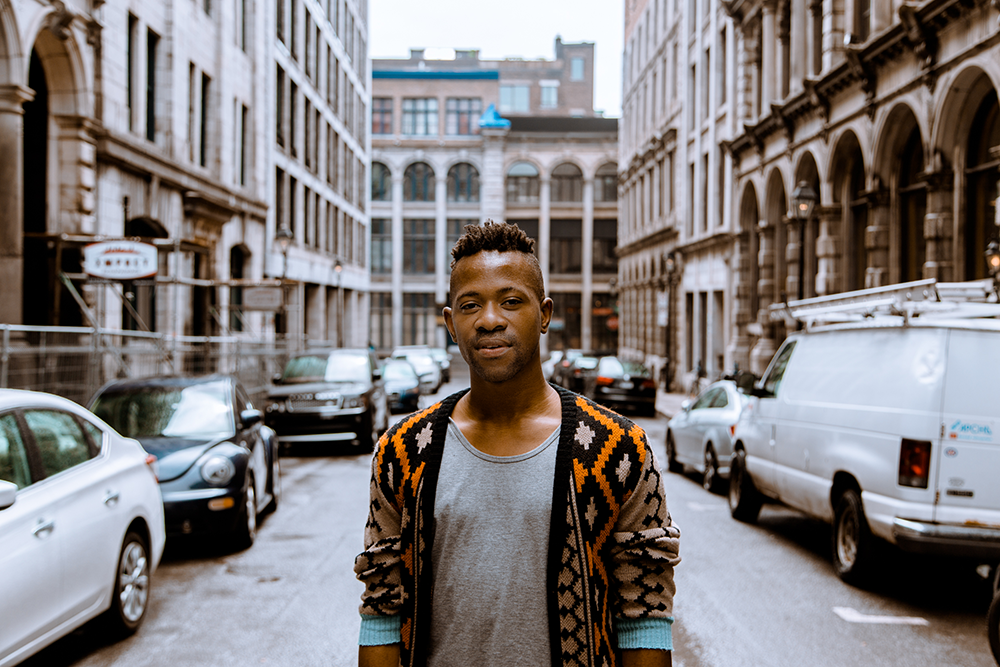 Maputo, Cape Town and Montréal. These are the cities that shaped the sound of Samito. The Mozambican-Canadian singer-songwriter has recently released a video for his song I saw you.

His music is a blend of world, electro, afro and indie vibes that he discovered growing up. “Back in days I had a Korg Triton workstation and I spent a considerable amount of time sequencing instrumental tracks. I had a particular obsession with making different grooves work together…I think that’s where it all started,” he told me.

Samito’s personal and artistic path takes place in Mozambique, Canada and South Africa. He was born and raised in Maputo, he studied music in Montréal, where he still lives, but he also spent some time in Cape Town playing music.

These different cultural environments influenced his personal and artistic growth. “I had the opportunity to meet people from contrasting backgrounds and hopefully I learned to be more tolerant to cultural differences. Perhaps because of that I also have a “good” dose of scepticism towards what cultural identity is and my tracks seem to partly reflect that,” he explains. What’s more, he’s a polyglot. “I speak five languages and use them in different contexts. I speak Tswa/Portuguese with my family and French with my team.”

His tracks are an alternative tropical mix of different cultures, as it comes across from I Saw You which is a track about a lost love. Samito actually told me that only 20% of the song is based on real life experiences and the rest is just words, but he definitely wishes there was a cure for love – who doesn’t! This captivating groovy track features the vocal of Mabika, performer and recording and VFX artist,  with whom Samito collaborated on many occasions. “I met Mabika through Producer Alexandre Bilodeau AKA Nom De Plume and ever since we’ve had lots of jams and sparring sessions together. Apart from being one of Montréal’s best kept musical secrets, VFX artist, Mabika is also an amazing boxing coach. I trade recording sessions with boxing classes.”

Samito boast important collaborations such as Nom De Plume, Pierre Kwenders, Kweku and many others. Recently he’s also been working with Daniel Haaksman, head of Man Recordings – the label which released the track. “I met Daniel last summer on the internet, we then sent each other beats and exchanged ideas. I then met in-person in Hamburg, at the Reeperbahn Music Festival. I am a big fan of his bass sound and we’ll soon be back in studio together.”

Samito is currently trying out new ideas for new possible album or playlist, he’s still not sure but he says he might drop some songs anytime. He will be performing in Europe next fall so keep an eye on him! In the meantime, enjoy I saw you.