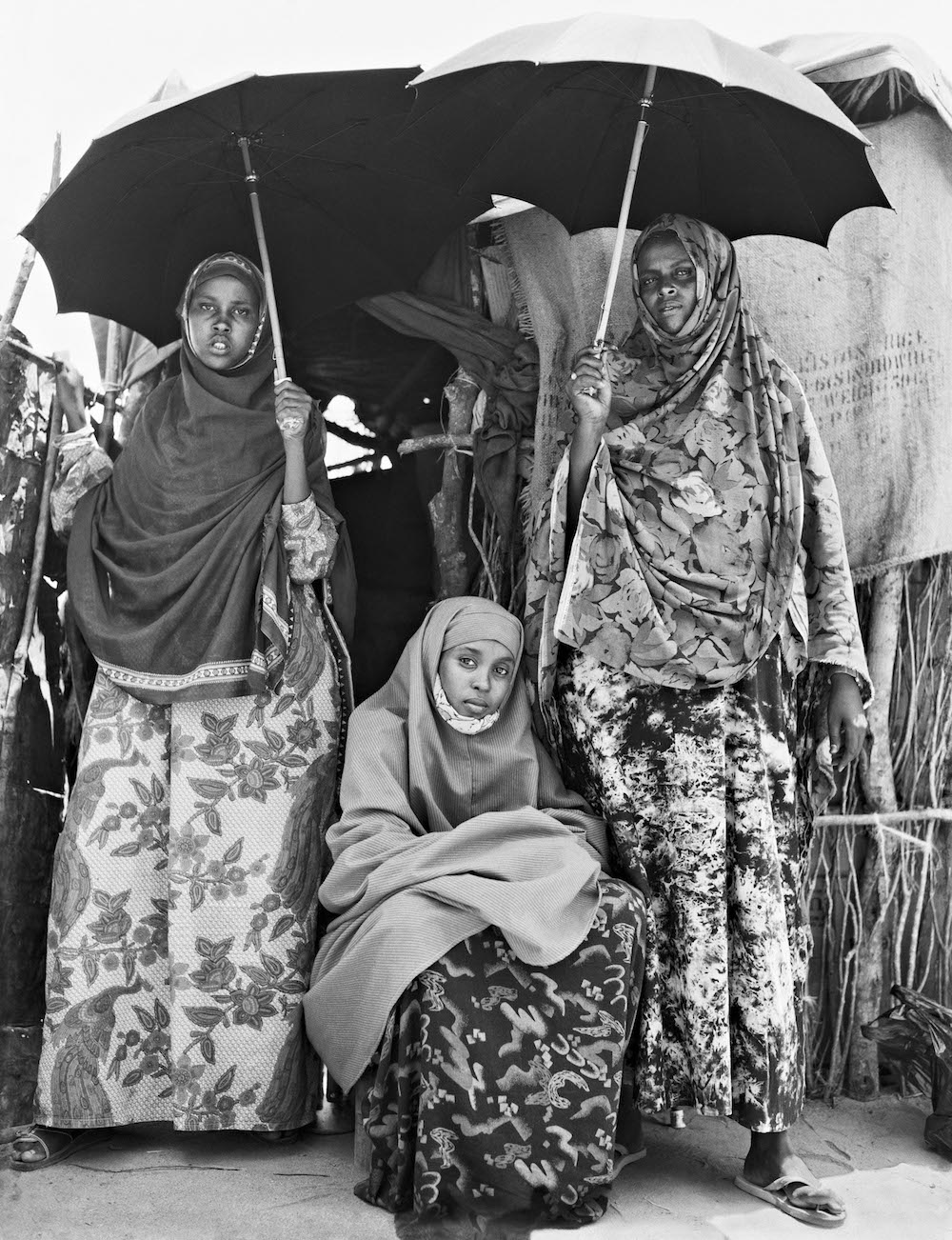 The word ‘hospitality’ sounds a bit old-fashioned. In a globaliSed world where every (Easy) jetsetter with the right passport, outfit and vocabulary can be a ‘local’ anywhere, the role of hospitality—outside of the hospitality industry itself—has waned. These days one is tolerant or cosmopolitan, rarely hospitable. So it is quite interesting that award-winning writer Teju Cole and equally acclaimed photographer Fazal Sheikh decided to take on this somewhat dated virtue in their latest book, Human Archipelago.

From the perspective of the authors, the book is an attempt to find a new way to talk about the return of “well-known problems”. To this end, the two photographers (Cole is also a photographer) browsed through Sheikh’s archive, who has been portraying displaced people worldwide for twenty years. Sheikh also visually captured the landscapes that some of the people he met called home. In the course of this, the question of today’s significance of hospitality as an expression of mutual human responsibility and solidarity arose; a challenge that Teju Cole accepts with extraordinary literary enthusiasm. Unsurprisingly, Human Archipelago very successfully combines Sheikh’s documentary photography and Cole’s version of faits divers (small fates), a french literary form known for its brevity, and a possible forerunner of the modern tweet. The interplay of micro-belletristic —the fluid fusion of (non)fiction and poetry— on the one hand and striking images on the other that Teju Cole has tried and tested in his previous book Blind Spot (2017), elevates all the genres involved.

If every text-image combination is an island, their book as a whole is a metaphorical archipelago. In fact, one lingers on some “islands” a bit longer than others. Sometimes ones eye is captured by Sheikh’s expressive, often black-and-white portraits of the protagonists, while just a few pages later Cole’s ingenious prose or his letters to people who died while seeking refuge are extremely moving. Repeatedly, one catches oneself thinking of how certain quotes would perform on the like economy of Twitter or Instagram. With every image and piece of prose, the authors hit the nail on the head. Thankfully, one can resist the urge, preferring instead to take in the profoundly human stories in the book. The interaction between Cole’s texts and Sheikh’s images reveals several lines of inquiry which we might already be familiar with, but seem to have forgotten in the hustle and bustle of the everyday, such as: “There are no strangers, only versions of ourselves, many of which we have not embraced, most of which we wish to protect ourselves from. For the stranger is not foreign, she is random; not alien but remembered; and it is the randomness of the encounter with our already known though unacknowledged selves that summons a ripple of alarm”. In Human Archipelago we encounter displacement—or placelessness—as the paradoxical metaphor of our time, which can be equally summoned by pseudo-nomadic easyjet-setters with multiple passports, as well as by stateless migrants or displaced people. However, it is only the latter group who can politically mobilise placelessness in the service of a shared humanity and in the spirit of hospitality as a shared virtue. At any rate, Sheikh and Cole have done well to refocus our attention to such fundamental issues which are at the very center of the collective project that humanity still is.

Images | Via Human Arcipelago by Faza Sheikh and Teju Cole