Herva | How To Make Music From A Mathematical Function 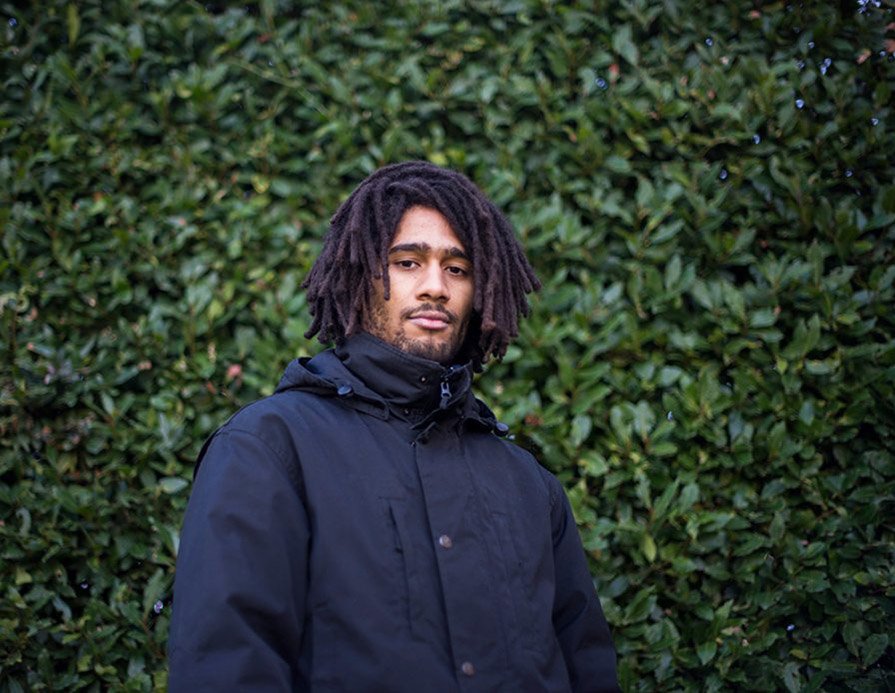 Over the past twenty years music has become the crooked product of a shrewd money-making machine – the music industry – with no intent of promoting real talent. So if the raw material isn’t there, because a singer can’t actually sing for example, you just need some social media marketing skills, and a good sound engineer. Job done.

Long story short, true artists are very hard to find. But here’s one to watch and he comes from the heart of Tuscany, Italy.

Hervé Corti aka Herva is an electronic engineer and a producer, therefore an inventor. At only 24 he has already got an enviable discography and his new album ‘HyperFlux‘ is out today on Planet Mu. If you thought it’d be impossible to make a track from a mathematical function, read what Herva told us because his very nerdy and DIY creative approach makes his music something peculiar.

GRIOT: You’ve got an incredible “CV” but you’re actually very young! Tell us about your background and your artistic path.

Herva: Yes, I’m young but I feel much older, like about 40! I started making music when I was twelve or thirteen years old and before I used to play the drums with my dad, he’s a crazy musician! One day we randomly downloaded the Fruityloops installer thinking it was a game or something. And I started fiddling with it and experimenting till I’ve started taking things more seriously, about ten years ago.

And how did your approach to production changed over time?

It’s weird, I’ve got a very DIY approach! I use everything, both machines and softwares.The machine that I love the most is the MPC 1000 but I actually make most of the gear.

My studio is next to a workshop because my grandad used to work in mechanics fixing car engines, so I’ve got all the equipment, drill press, lathe and lots of other stuff. It’s my den, where I make all my stuff.

Very curious! So how do you do it?

It depends, perhaps I want to build something or I’m thinking of a project and then I produce a track with it. I’m in the studio, I want to make a track and I go to my workshop to make something to create sounds to add to the track. It’s difficult to explain but I spend more time thinking how to produce than actually producing. So who found you? When was the breakthrough in your artistic career?

Again, it was very random. I met Dukwa on MySpace ages ago and at the time he was about to release on a label from Florence, Bosconi Records. He played my stuff the boss and he liked it, so after Dukwa’s EP mine was came out. That was my first release then we started Life’S Track together and so on.

I like the fact that your dj sets are very gritty, lo-fi analogue-techno, sometimes house, genres that a lot of people produce. But from your records, it easy to sense that you are in your own world, like in Kila released on Planet Mu. So you clearly don’t look for inspiration in your scene, where from then?

Yes, I basically like to build things. When I dj I have fun playing techno, electro and researching different genres, even dance floor stuff.

I love techno and I produced it myself for a very long time, but when I’m in the studio I find it more natural to work on more conceptual stuff. I just like to concentrate on the technical aspect. However, I can play an african record or something new wave, I do what I want and I don’t think about it!

Speaking of African records. You are half Ivorian half Italian. Are there African influences in your music?

Sometimes. It always depends on the mood I’m in. There were more african influences in my old stuff, like in Kila. But since I’ve lost myself in this electronic world my music has become more synthetic. I get bored very easily so I like to vary a lot. Even simply applying a mathematical function to a track! Yes, I often think mathematically. It’s because I spent a lot of time at uni using certain approaches or softwares, so you are prone to think that way, it’s a natural consequence.

What music did you grow up with? And how did your music taste evolved?

Nirvana, Red Hot Chilli Peppers. Then Frank Zappa and more heavy stuff like Slipknot and other artists that my dad would recommend. At around twelve years old I used to listen to trance, hard techno. Then one day I went to a music shop looking for drum machines and I met a sales assistant that was mad for electronic music. He introduced me to Autechre, Aphex Twin, other Warp artists, Planet Mu etc. Now I listen to various genres, especially if I’m selecting music for a dj set, otherwise I listen to my own stuff.

You’ve got other projects, like Life’S Track. Have you got any other aliases? Then I have another project with Mass Prod e Dukwa called Knobold which is just very heavy techno. We switch on the machines and spend the evening together having fun. The way I produce is very different when i’m with people because they get bored very easily if I start going crazy about the equipment.

Tell us about your new album, out today on Planet Mu. What’s the concept behind it?

There’s no concept. Many people ask me this question actually. Obviously nothing is random, I start fiddling around and ideas come out.

The record is crazy, I think it’s my most mature album so far and I’m fully satisfied with it. Who wants to listen to it and come on this journey with me will understand how I really act in the studio and how I create music.

Nowadays people listen to albums in twenty seconds, while checking emails or something. It’s very sad.

And what about the cover? Why broken mirrors?

I don’t know! What do you think?

Something like reversing bad luck to get rid of it?

Yeah why not? I allow free interpretation! The artwork was made by Jonathan Tegelaars by the way, I strongly recommend to check out his stuff. He also designed the covers of Kila and HTMYO. I’m very happy to work with him. How do you see your future and career? Music, electronic engineering? Which side of you will take over?

Spending time in the studio is my biggest passion and music and engineering are one thing for me and I want to continue experimenting with them.

I love djing but in the future I think I’ll concentrate more on devising hardware to make production even more interesting because that’s what really fascinates me.