Here Is Dolce & Gabbana’s Collection Of Hijabs And Abayas 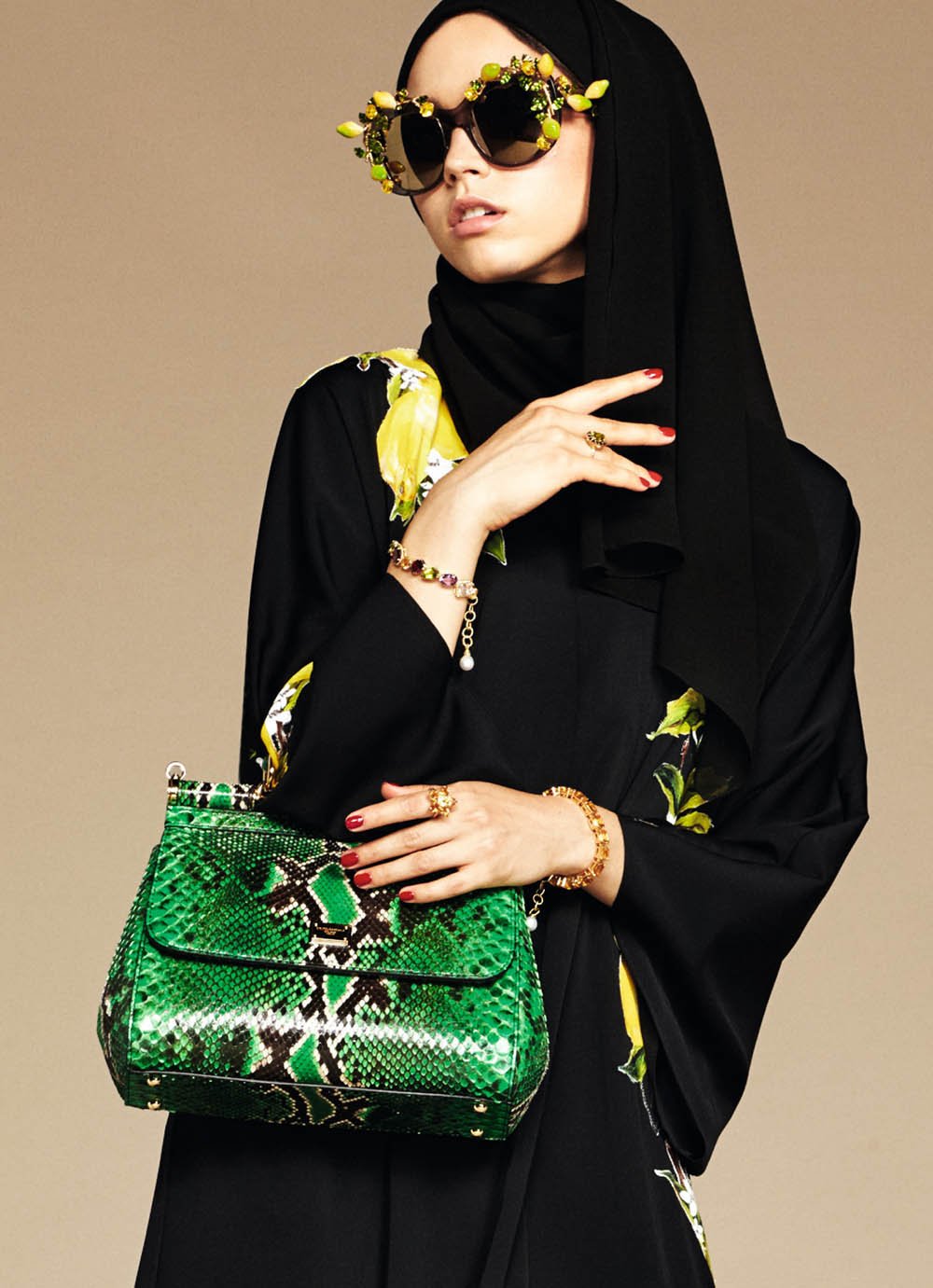 We thought it was strange that an Italian and Sicilian brand like Dolce & Gabbana had not created its collection of garments and accessories oriented to the Muslim world, a very appealing market share – $266bn. spent for clothes and shoes in 2013 destined to raise up to $484bn. by 2019, representing 22% of the world population.

Just a few months ago H&M casted a young girl wearing hijab for its Close the Loop campaign  and when she appears in the video (0:56), the narrating voice sleeks a “be chic”.

Considering that the Arab culture has had an enormous influence on traditions and costums of Sicily, and in general of the South of Italy and the Mediterranean islands, this continuity has something that feels natural.

Without pretending to be historians (we are not), through the 200 years of their domination, Arabs brought to the island their culture, music, poetry, arts and sciences from the East and built wonderful monuments around their kingdom of which there are only few traces today.

During their permanence they gave a striking contribution to the economy and the culture of Sicily, introducing the coltures of rice and agrumes, they built an extensive network of channels that allowed for a rational use of water resources. The local merchants, on the other side, were introduced to new spices (saffron above all, nowadays a huge part in Italian and Western cuisines), incenses, precious garments; then they diffused new agrarian techniques and the cultivation of exotic plants, unknown until then.

In the kitchen? Couscous and two symbols of made in Italy and in Sicily adored worldwide: cassata and arancine.

How about the language? Almost 300 important Sicilian words derive from Arab and the majority are related to agriculture and to its activities (zibibbu, from zabīb, “raisins”; giuggiulena “sesame”, and words like calia, “roasted chickpeas”) and even some last names (Badalà or Vadalà – Allah’s servant; Fragalà – Allah’s joy). As ilportaledelsud.org says “as strange as it can sound, sixteen centuries of hellenism had just been annihilated by Arabism that in just two centuries left such a deep footprint that either the Normans, the Svevs, the Spanish or even the French and lastly the Piedmontese have deleted”.

Eventually, we find this footprint in this exclusive collection of the Sicilian designers. The line offers a wide selection of abayas (long black tunic in light garment) and hijabs (the veil used to cover the head) made of selected tissues, with that hint of glamour, sophistication and sobriety that really marries the Arab world and in the meanwhile make a nod to the Spring 2016 collection. “I’m really fascinated with the Middle East and we’ve just completed a prêt-a-porter collection of abayas and sheylas.” Stefano Gabbana said in an interview with Middle Eastern newspaper The National. “Pieces have some lace, embroidery and some prints – but not too much. They will be available in the UAE this October.”

You can see the complete collection on Style.com/Arabia.