On November 4, 2021, interdisciplinary artist and author Grada Kilomba spoke with the artistic director of SPAZIO GRIOT, Johanne Affricot about the Italian edition of her book Memorie della piantagione and her artistic practice, in an event curated in collaboration with Capovolte and Castello di Rivoli. 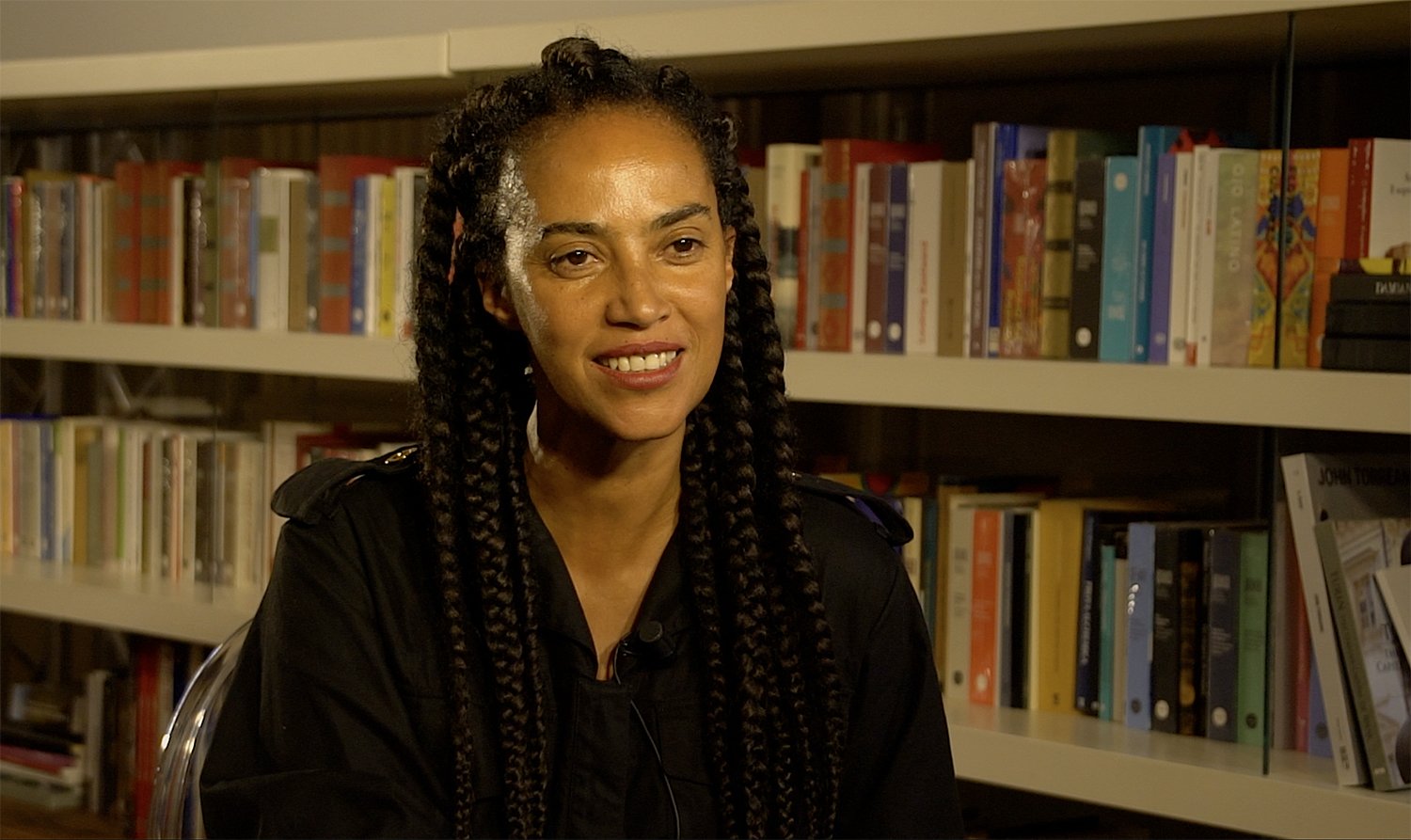 Plantation Memories is the poetic definition of the trauma that racism re-proposes every day. A timelessness dynamic, where the violent and dramatic past immediately becomes present, where the shock of seeing oneself placed outside of humanity is followed by separation, by being defined as something different, by exclusion.

Starting from the pages of a book, it is possible and necessary to think about everyday racism, about trauma, memory and the practices of decolonization of the self. Memorie della Piantagione. Episodi di Razzismo Quotidiano [Plantation Memories. Episodes of Everyday racism], by the Portuguese interdisciplinary author and artist Grada Kilomba, translated and published in Italy by Capovolte, was also the title of the panel talk curated by SPAZIO GRIOT in collaboration with the publishing house and Castello di Rivoli Museum of Contemporary Art. A unique, important, enlightening event which took place on the evening of Thursday 4th November at Circolo dei Lettori in Turin (Italy) in the splendid setting of the Sala Grande, where Kilomba spoke with Johanne Affricot, founder and artistic director of SPAZIO GRIOT and GRIOTmag.

After Ilaria Leccardi’s greetings, founder of Capovolte, Carolyn Christov-Bakargiev and Marcella Beccaria, respectively the director and the chief curator of Castello di Rivoli Museum of Contemporary Art, followed one another on the stage to present the group show Espressioni. L’Epilogo [Expressions. The Epilogue] which will be inaugurated on January 24th at Castello di Rivoli. Grada Kilomba will be among the protagonists with a reinterpretation of her work O Barco/The Boat, installed between September and October 2021 on the banks of the Tagus river in Lisbon, and co-produced by BoCa, Biennale of Contemporary Art of Lisbona, and Maat, Museum of Art, Architecture and Technology.

The talk got to the heart of it with the conduction of Johanne Affricot, who led the audience to listen to the author for over an hour and a half, questioning her on the topics at the center of the volume, but also on its genesis and on the value of an artistic production that is now recognised internationally. A few days before the Turin evening, Kilomba had been featured in the pages of the New York Times following her American “debut” at the Amant Foundation in Brooklyn.

The Turin event was important and unique also because it was the first time Kilomba met the Italian public. Numerous, curious and enthusiastic. The huge crowd made it necessary to project the talk on a screen in an adjacent room. Many young people, eager to listen to the voice of the artist who has made the reflection on racism and decolonial practices the center of her art. A work that—as she explained herself—concerns first of all being able to “become human” and be oneself with a production that is divided into different forms, from installations to poetry, from readings to theatrical performances, and that embraces Greek mythology, psychoanalysis, feminism and Black studies. A long journey that—as Kilomba, a psychoanalyst by training, recalled—started with the book Plantation Memories, resulting from her PhD thesis and published for the first time in Germany in 2008.

A timeless, very up-to-date book that provides insights and awareness tools to address the issue with a deep and situated gaze, and whose complex Italian translation was carried out by anti-racist, feminist researchers and activists Marie Moïse and Mackda Ghebremariam Tesfaù. The latter accompanied Johanne Affricot and Grada Kilomba on stage to translate the artist’s words, adding further value to an evening full of meaning.

“Writing this book—Kilomba explained—was an intense and long process. It remains my own ‘piece of art’, my first artistic production, it is the place where I found my language, where I asked questions and found answers that mainly concerned myself.” A perspective from which all of her art unfolds, which does not exclusively concern colonialism and racism, but it is articulated in an interdisciplinary and intersectional form.

The dialogue, started from the presentation of the book, will continue in the coming months, thanks to the installation that Grada Kilomba is preparing for the exhibition scheduled at Castello di Rivoli. A dialogue that will explore themes such as the politics of invisibility, collective trauma, the repetition of violence, and that are also—powerfully—at the center of the book.