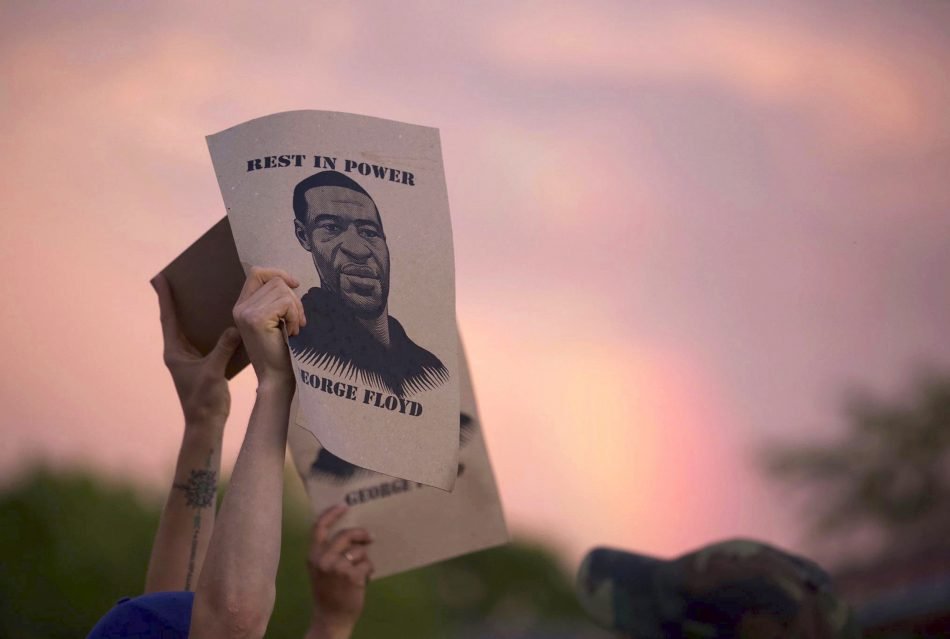 On May 25, 46-year-old African American George Floyd was killed in Minneapolis after a white officer, Derek Chauvin, pressed a knee into his neck for nearly nine minutes, even though he kept repeating: ‘I can’t breathe’. When he was taken to hospital he was declared dead (a private autopsy by Floyd’s family had recently determined the cause of death as asphyxiation).

The case has sparked global outrage, but the perpetuation of the abuse of power against blacks and minorities has always existed, triggering the birth of movements such as Black Lives Matter, born after the acquittal of George Zimmerman, a neighborhood watch captain who shot and killed 17-year-old Trayvon Martin in 2012.

Floyd’s inhuman death is traumatizing, and it is part of the reality the African American community has always learned to deal with since slavery. The existence of videos have been crucial in providing another perspective of his death, in addition to the official declarations which in many other cases have proved to be false.

“If not for the omnipresence of video evidence, these deaths would be swept under the rug. The stories would be twisted. The victims would be blamed,” Floyd’s family lawyer, Ben Crump declared.

However, is it normal that the perception of a real problem only becomes concrete when violence goes viral? And that the one and only way to validate the struggles and pain that black people endure is linked to the existence of videos in which our bodies are humiliated, beaten, killed? It isn’t.

In a 2016 interview with Hollywood reporter, Will Smith said: “Racism is not getting worse, it’s getting filmed.”

If it is impossible not to get emotionally invested by Floyd’s death, we must start to ask ourselves why violence taking place in Italy against minorities over the years has upset the Italian public opinion much less.

According to the Italian Observatory for security against discriminatory acts (OSCAD, made up of representatives of the police and the carabinieri forces), 969 hate crimes were recorded in 2019, 726 of which are related to race, ethnicity, nationality or religion. These are either acts of physical violence against individuals or property damage (such as arsons and attacks with homemade explosives against reception centers for migrants). The figures also highlighted the increase of racially motivated physical assaults, they recorded 93 episodes in total. However, when monitoring these crimes two problems must be considered: the lack of complaints – defined as under-reporting – which indicates an underestimation of the event; and the failure by the police, or other players in the judicial system, to recognize the discriminatory motivation.

At an institutional level, by constantly promoting a racist rhetoric against immigrants, Italy highlighted the inability or unwillingness of our system to firmly condemn these episodes of violence for what they are: racially-biased acts.

Just think the Macerata drive-by shooting of Luca Traini against six black African migrants (2018), the killing of Senegalese citizen Idi Dyene at the hands of Roberto Pirrone on the Vespucci bridge in Florence (2018)—grotesque was the request of his lawyer to not write “killed by a racist” on the gravestone— or the various shootings targeting blacks or non-white people using airguns (2018). Luca Traini, for example, was mildly described as a mad man that could have shot anyone, thus completely discarding the racial motive. What’s more, former Interior Minister Matteo Salvini, while condemning the action on a general basis, failed to take responsibility by claiming that uncontrolled immigration inevitably leads to social confrontation.

Here we are, folks, they’re blurring our reality: the black body that walks, exists, lives, breathes is shot dead, and instead of being the victim, it becomes responsible for the violence it suffers. But the ‘qualitative leap’ occurred when the institutionalized tolerance to discrimination and racial violence began to emerge and circulate without filters at a popular level: racial slurs, intimidation and discriminatory acts, attacks on immigrants and minorities despite having always existed both underground and on the surface, have taken on a more defined, fearless and proud expression. From institutional racism to popular racism, and vice versa.

The media played a crucial role in this process, spreading misinformation against immigrants and other minorities, and mixing their duty to provide the news with being like a spokesman for a widespread feeling of unease that apparently ran through all civil society. Neighborhood rallies against the opening of a new migrants center were broadcast with headlines like: ‘Italians are tired!’ or, ‘Immigrants out of our neighborhoods!’. And we shouldn’t forget those politicians who associated the immigration crisis to the Italian citizenship reform, launching the bogeyman of ethnic substitution.

Today we are witnessing almost total indifference towards home-based phenomena, compared to the support given the protests in the United States. The Italian citizenship reform, for which we have repeatedly taken the streets, has been frozen; the laborers’ strike led by Italy-based, Ivorian trade unionist Aboubakar Soumahoro – which does not only concern the exploitation of black African immigrants in the fields – should make us reflect on the level we have reached with the passive acceptance of repeated forms of discrimination and exploitation.

What’s the difference between Amhaud Arbery, who was shot to death by two civilians, Gregory McMichael and Travis McMichael (father and son respectively) while jogging in Bruanswick, Georgia (a neighborhood a short jog away from his home), or Derek Chauvin who decide to end Floyd’s life, and the death of Abdul Salam Guibre (known as Abba), an Italian-Burkinabé young man who in 2008 was beaten to death by Fausto and Daniele Cristofoli, father and son, for having taken a pack of biscuits in their shop without paying? What’s the difference with Senegalese bouncer Assane Diallo, killed in Milan in 2018 with twelve gun-shots by Fabrizio Buttà? And again, what’s the difference with the killing of Nigerian Emmanuel Chimdi Namdi, in Fermo (2016), beaten by a racist, Amedeo Mancini, who was easily downgraded from racist to “hooligan”? All these events are an expression of the same theory and practice that tolerate the subordination of a human being on the basis of a racist concept of superiority that can no longer be accepted.

What’s fuelling the protests demanding justice for George Floyd is not only anger over the death of yet another black person at the hands of the police, but also the deep exhaustion for the continuous racial discrimination and oppression that African Americans have always been forced to suffer.

Black Italians, as well as other minorities living in Italy, are well aware of these dynamics, and the mediatic impact of Floyd’s death has further amplified the deafening silence of our internal struggles and issues. In Italy we continue to behave like ostriches who only pull their heads out when it comes to looking at and condemning the outside. But you know, the (black) grass is always greener on the other side of the fence.