GAIKA | The Afrofuturist Rapper And Producer Is Back With ‘BASIC VOLUME’ 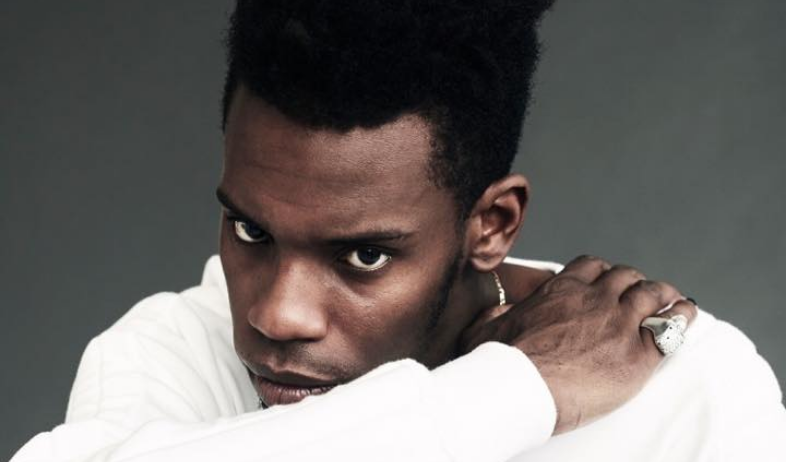 Afrofuturism and afrofuturist music have been around for decades, but it’s easy to say they officially became a thing in the 21st century. If the legendary Sun Ra paved the way in the 1950’s, nowadays names like FKA Twigs, Janelle Monàe, Okzharp & Manthe Ribane and many others are brilliantly following those steps. The global urban contemporary music scene is literally shining with afro-diasporic creative excellence, helping to build and shape a whole new cultural and aesthetic vision that many have embraced all around the world.

GAIKA is the South-London genre-bending producer and rapper who made his way into the UK afrofuturistic circle in past few years by working on futurism and technology: he’s self-released mixtapes since 2015, he is the head of the fashion label Armour in Heaven together with the designer Luke Menikmati, and he produced an account of London’s dystopian future called The Spectacular Empire as a political editor-at-large at Dazed. From music and fashion to writing and journalism, his artistic attitude and openly political vision have been critically acclaimed and last week he released his new LP, BASIC VOLUME.

This new piece of work, which is named after the company that belonged to his late father, follows his 2016 SPAGHETTO EP, which he described as ghetto futurism. In BASIC VOLUME, GAIKA revisits the Caribbean dancehall tradition, R&B, trip-hop, grime and grunge, while observing post-Brexit Britain and rewriting its sonic heritage with no fear of speaking the truth nor facing the issues that influenced his personal life and artistic inclination.  Political wokeness, sense of belonging— feeling like an outsider in the place which is supposed to be your home— and youth rebellion are just some of themes marking GAIKA’s personal and artistic experience.

“I moved quite a lot when I was young, just around South London, so I don’t really feel like I belonged anywhere. I’m black, and Britain is not a black country, so you only feel as much at home, and as welcome as you’re made. At times I certainly didn’t feel welcome, and I certainly didn’t feel a hundred per cent British or identify as British. In terms of the values of this society, I often didn’t feel like it was fair. I think that’s how a lot of immigrants feel, they want to be part of this place they’ve left their home to get to, and guess it creates a sense of disquiet, which was one of the feelings I was writing about,” GAIKA revealed in an interview.

The new LP is accompanied by SYSTEM, a sculptural and video installation in collaboration with Boiler Room opening at Somerset House on August 1. SYSTEM celebrates black-caribbean cultures in London, sound systems and Notting Hill Carnival’s heritage, with the objective of reclaiming the cultural space and championing black culture in the UK. Find more info about the exhibition here and listen to BASIC VOLUME below.