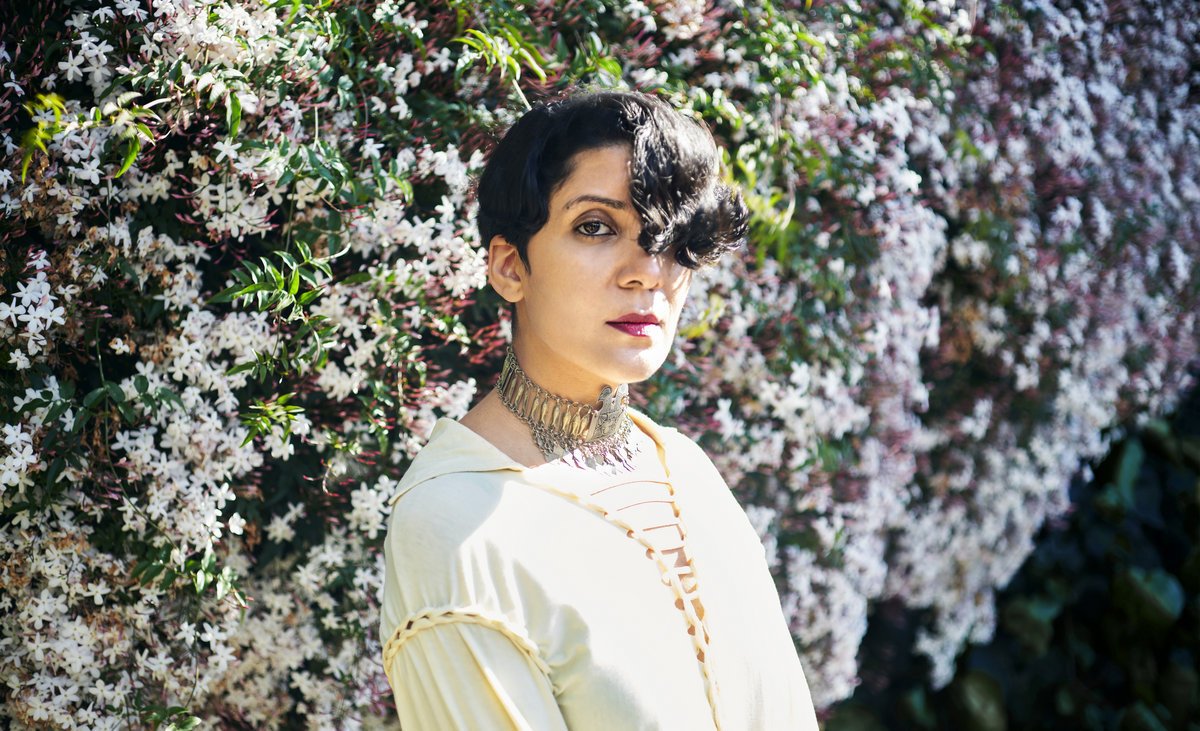 Conceptual artist, producer, DJ and composer behind the soundtrack of one the most critically acclaimed films of our generation, Mati Diop’s Atlantics, Fatima Al Qadiri is back with a new mind-blowing project inspired by the classical poems of Arab women.

Out via Hyperdub on 14th May, Medieval Femme brings within itself the influence of Atlantics, acting as a metaphorical follow-up that expands on the ideas superbly explored by Diop: a profound sense of longing, as blue and melancholic as the deep chromatic shades of the film, musically nestled within a simulated daydream state which the Senegalese-Kuwaiti artist skilfully crafts.

Al Qadiri envisions an Islamic garden, between depression and desire, where the present temporarily dissolves, leaving only past and future. As Hyperdub states, “Fatima seeks to transport the listener to a place of reverie and desolation, to question the line between two seemingly opposite states and rejoice in celestial sorrow,” a result she easily achieves by sonically materialising the state of melancholic longing exemplified in the poetry of Arab women from the medieval period.

Consisting of ten tracks, Medieval Femme is Fatima’s third full lenght album and it goes along the conceptual path of her artistic vision. Raised by resistance fighters with her sister, visual artist Monira Al Qadiri, in her previous works Fatima investigated political, personal issues such as real and imagined memories of the Gulf war, regional queer influences, East Asian stereotypes. Entirely focusing on feminine energies and perspectives on this record, the album’s artwork, titled Message I 1990 (linocut, watercolor) was created by Fatima’s mother, artist and writer, Thuraya Al-Baqsami.

Listen to the lead single, Malaak.