Earthquake In Haiti | How To Support The Haitian People

Among various fundraising initiatives to support the population, Relief Efforts For Haiti launched by a Haitian organization FOKAL has a large grassroots network in the country and a good track record in emergency relief. 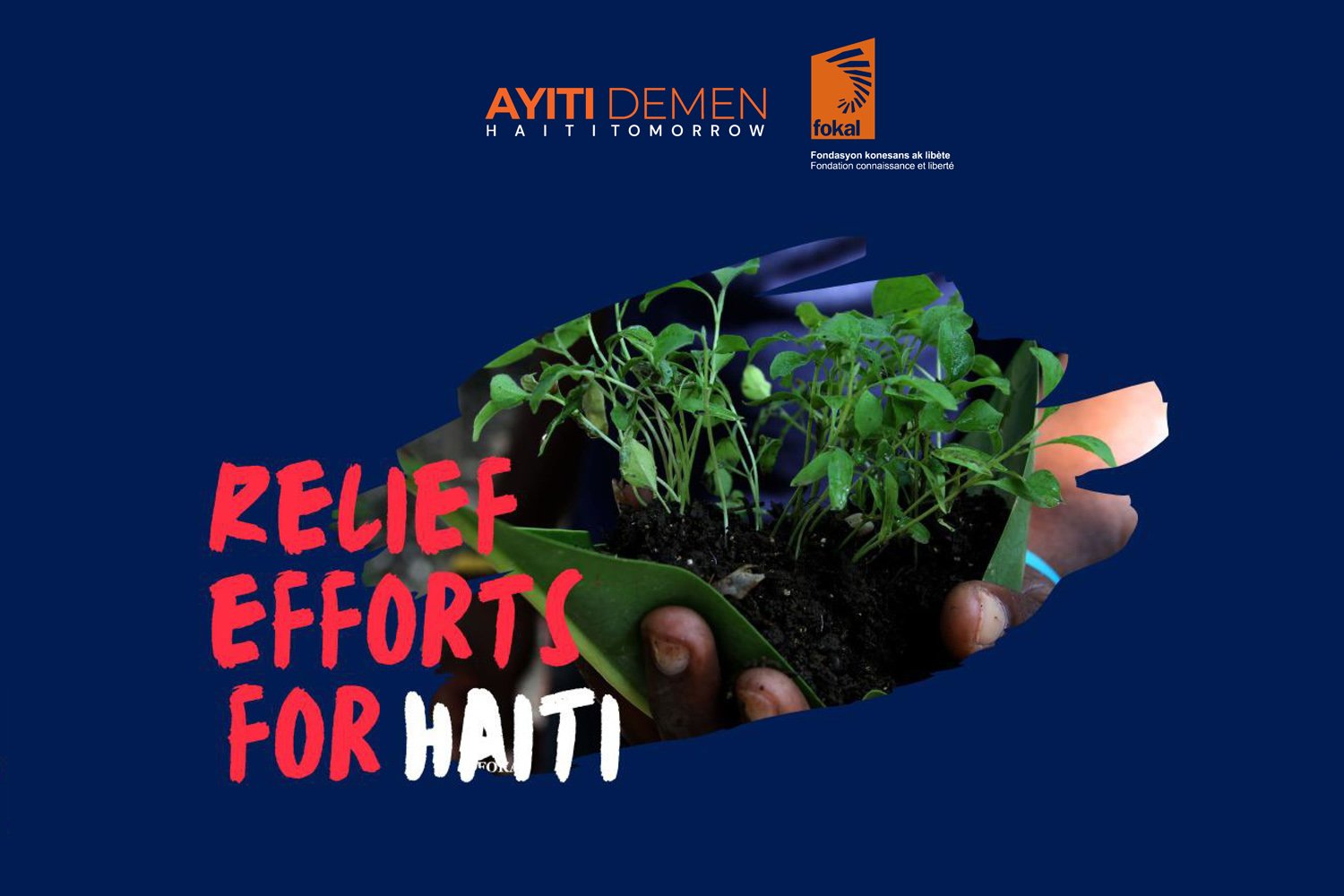 On August 14, 2021, a 7.2 magnitude earthquake struck the entire southern Peninsula of Haiti, destroying thousands of buildings and livelyhoods in the Caribbean nation that was still recovering from the devastating January 12, 2010 earthquake.

Southwestern Haiti bore the brunt of the quake, especially in the region around the town of Les Cayes. Haiti’s Civil Protection Agency say the toll from the disaster had climbed to 1,297 and the hospitals that were still functioning were struggling to attend to some 5,700 injured people. In the northwestern city of Jeremie, another badly hit area, doctors treated injured patients on hospital stretchers underneath trees and on mattresses by the side of the road, as healthcare centers have run out of space.

Founded in 1995, the Fondasyon Konesans Ak Libète / Fondation Connaissance et Liberté (Foundation for Knowledge and Liberty), is a well-recognized national foundation supported mainly by Open Society Foundations, OSF. FOKAL also receives support from the European Union and the French cooperation. The Foundation makes grants to local communities throughout the country and to organizations of civil society a large spectrum of activities in the fields of education, arts and culture and development.

On the organization’s website, one can also learn about its capacity for intervention, its capability to transparently report the funds raised for this emergency, its affiliation with the international network of Open Society Foundations (OSF ), as well as the short to medium-term strategies implemented over the years through a proven post-disaster program. During Hurricane Matthew which hit the island in 2016, funds were channeled to smallholder farmers associations, grassroots women’s organizations and small local enterprises that are the true first responders on the ground as well as the best agents to strengthen grassroots networks, self-care communities, local advocacy and economic recovery.

Created in 1995, the Fondation Connaissance et Liberté / Fondasyon Konesans Ak Libète (Foundation for Knowledge and Liberty), is a well recognized national foundation supported mainly by Open Society Foundations, OSF, a worldwide network of foundations and initiatives created by philanthropist George Soros for the promotion of democratic values. FOKAL also receives support from the European Union and the French cooperation. The Foundation offers to local communities throughout the country and to organizations of civil society a large spectrum of activities in the fields of education, arts and culture and development. Ayiti Demen (Haiti Tomorrow) is the US fundraising arm of FOKAL. It provides the structure necessary to seek funding in the U.S.

You can donate via bank transfer:

You can also select among the amounts available here, or you can send a text message to 44321, typing: SOUTHHaiti (this option is chiefly available for US-based citizens).