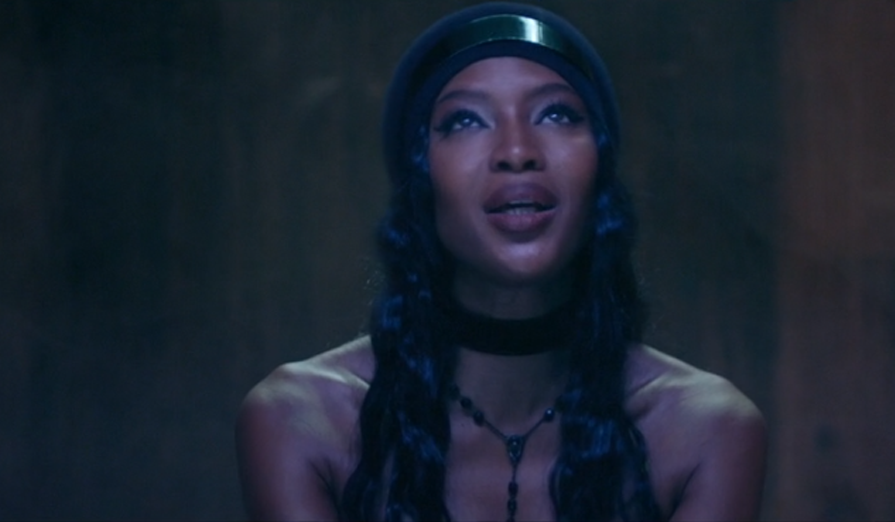 Anohni’s new single, Drone Bomb Me, has just been released. It comes straight from the Hopelessness album, coming out on May 6th.

The track has just had its radio debut in Annie Mac show on BBC Radio.

The protagonist of the video is a wonderful Naomi Campbell, lip-syncing for Anohni in a dark smokey room, with a tearful face. The two met thanks to Riccardo Tisci, Givenchy’s art director and the video is directed by Nabil – who has already directed Cut The World, with Willem Dafoe, Marina Abramović and Carice van Houte.

“Anohni and I met seven years ago and it instantly felt like we were meant to cross paths”, Tisci told Vogue “We share the same vision of life, love and beauty. We have kept collaborating ever since. So when she asked me to Art Direct the video for her new single, ‘Drone Bomb Me’, I immediately knew it was going to be one of those projects you remember for life.”

“We sat in a room and threw ideas around and realised we were obsessed with the same things, an ideal of beauty that Naomi Campbell embodies to perfection. Luckily, she is a dear friend, so when we called her and offered for her to be Anohni’s avatar in the video, she jumped on board in a second. We discussed the concept and made her Givenchy custom pieces in the mood of the video: the result was this beautiful under the ground trip that was the most emotional thing to shoot, because it was so deep and powerful, as is the friendship that ties me to Naomi and Anohni.”