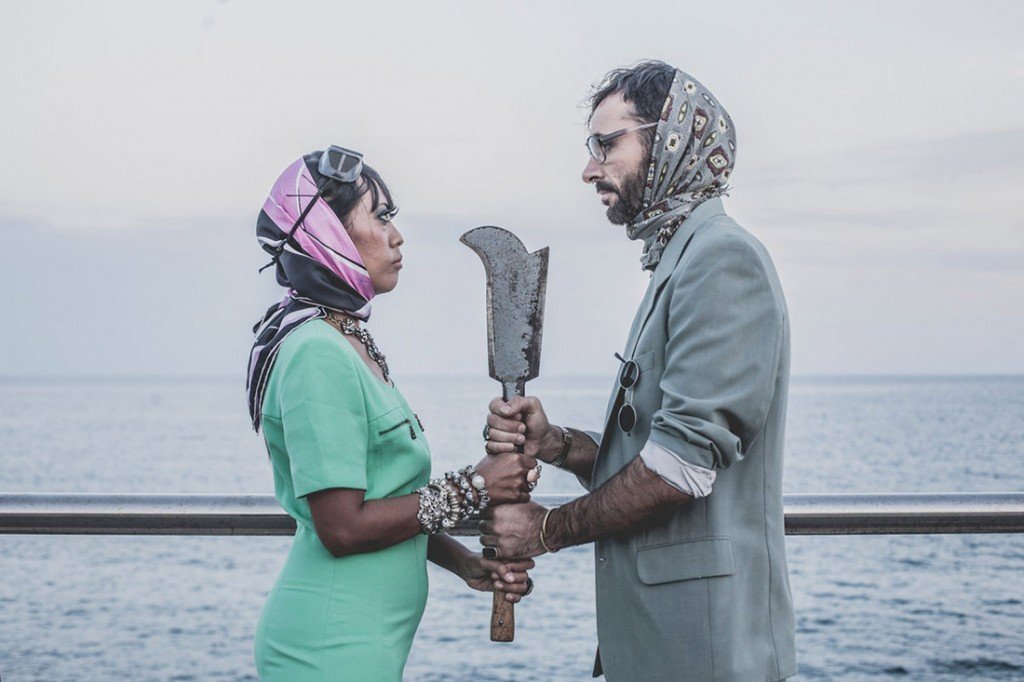 Drapetomania is what happens when a former taxi driver turned into a composer and video artist meets an Indonesian new-soul vocalist for a series of improvised studio sessions. A musical and physical journey that crosses the Indian Ocean on board of a wooden sailing ship and takes us from the Sahara desert to the barrios, passing by Barcelona and Brooklyn.

A polyphonic utopia of a borderless world made of acoustic and electronic sounds ranging from experimental, roots and world music, to future bass and pop. The catchy synths melodies take nothing away from the project’s peculiarity, which is fuelled by the duo’s unique artistic background.

Grey Filastine is a music producer and video artist based in Barcelona who studied percussions with brazilian carnival batucadas and mystical brotherhoods in Morocco. Discovered by DJ Rapture, who released his album Burn It in 2006, he’s also the founder of The Infernal Noise Brigade marching band, known as the live soundtrack for the Seattle WTO demonstrations.

Nova Ruth, a member of the indonesian rap group Twin Sista, grew up to the sound of Javanese gamelan percussions played by her priest grandfather while reciting Pentecostal spirituals. Currently she works to create networks and links amongst hackers and video activists working in Southeast Asia.
The two met in Jakarta, during one of Filastine’s world tour, and started this collaboration inspired and driven by nomadism, which very often depended on their visa and travel restrictions. A nomadism that sinks into the core of this project, named after a 18th century medical diagnosis for a mental illness that urged slaves to escape.

The concept is further developed in ‘Abandon’ a series of four videos [The miner, The Cleaner, The salarymen, Los Chatarreros] in which “music, cinematic live video, and dance conjure an emergency exit from the anthropocene”.

Parbatasan is another wonderful clip which strongly reflects the ethos of Drapetomania. Recorded inside the cell of a former deportation centre, it was inspired by the band’s experience and performances in the Jungle of Calais.