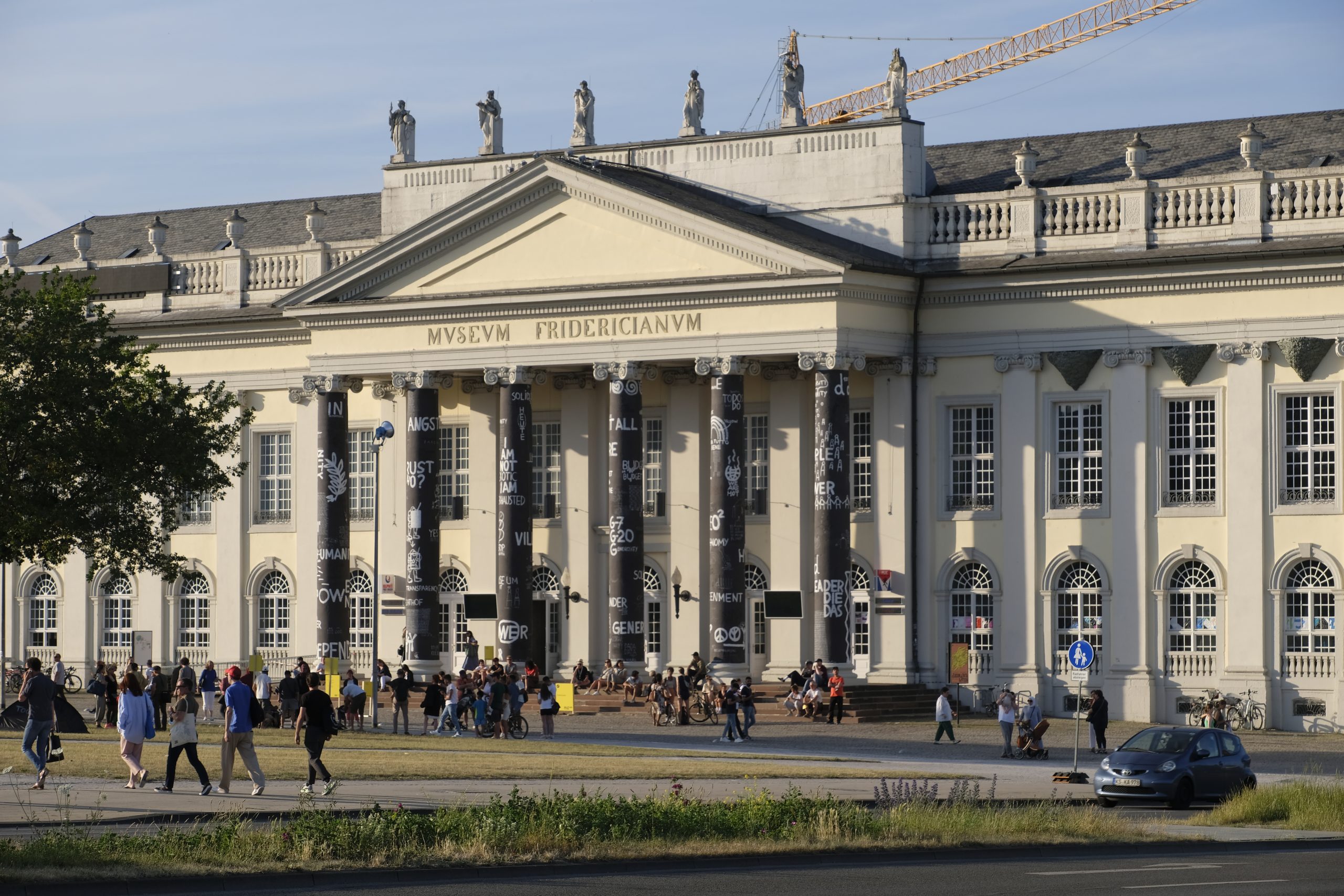 The shareholders of documenta gGmbH have appointed us as a committee to provide scientific support in order to analyse works identified or discussed as anti-Semitic, to examine how documenta fifteen deals with anti-Semitic incidents and to develop proposals on how to prevent similar occurrences in the future. Due to the ongoing disputes about individual exhibits, there is a particular urgency for consultation on how to deal with specific problematic works even during the current exhibition. For this reason, we have already presented the shareholders with an initial assessment of the committee on this issue. This refers to a work with regard to which there is a consensus within the board that there is a need for immediate action. More in-depth analyses of documenta’s organisational structures, the curatorial responsibility of the artistic directors and other works will be carried out at a later date.

According to the Commission, on the level of the exhibited works, the most urgent task is to stop the screening of films shown under the name of ‘Tokyo Reels Film Festival’, a collection of pro-Palestinian propaganda films from the 1960s-1980s, by the “Subversive Film” collective. What is highly problematic about this work are not only the film documents that are laced with anti-Semitic and anti-Zionist set pieces, but also the comments by the artists inserted between the films, in which they legitimise the Israel-hatred and glorification of terrorism of the source material through their uncritical discussion. The historical propaganda material is not critically reflected upon—as it undoubtedly should be—but affirmed as a supposedly objective factual report. In this way, the films pose a greater danger in their potentially inciting effect than the already removed work “People’s Justice”.

Many of the films present Israel and its armed forces exclusively as perpetrators who deliberately attack civilians, especially women and children. In contrast, the Palestinian side is portrayed as innocent and defenceless. The repeated terrorist attacks against Israeli civilians are not mentioned here – nor in the entire exhibition – nor is the fact that Israel has been regularly attacked by the armies of Syria, Jordan and Egypt. Moreover, the one-sided negative portrayal of Israel turns into open anti-Semitism on several occasions. To give just one example: Israel is accused of being “fascist” and of carrying out a “genocide” against the Palestinians – it is thus equated with National Socialist Germany.

Such an equation of Israeli policy with that of the National Socialists is to be judged as anti-Semitic, for example, according to the definition of the International Holocaust Remembrance Alliance, which has been adopted by many nations, including some countries of the Global South. Also problematic is the genesis of the work. According to the documenta website, Masao Adachi played a role in entrusting Subversive Film with the film reels. Adachi was a member of the Japanese Red Army and collaborated with the Popular Front for the Liberation of Palestine, two groups that carried out terrorist attacks against Israeli and other civilians, including the 1972 Lod Airport massacre in which 26 people were murdered. A possible resumption of screenings of the films would only be conceivable if they were contextualised in a way that clarified their propaganda nature, clearly identified their anti-Semitic elements and corrected historical misrepresentations.

The panel is aware that documenta 15 exhibits a large number of outstanding and inspiring works of art that it cannot focus on in its work. Its task is to examine a selection of the works for their anti-Semitic content and to clarify why they are or were exhibited at documenta 15.

This press release was translated from German into English by GRIOT. The original version can be found here.

Read the open letter of the lumbun community.