The Burkina Faso architect is the first African and Black person to win what is internationally regarded as architecture’s highest honor. 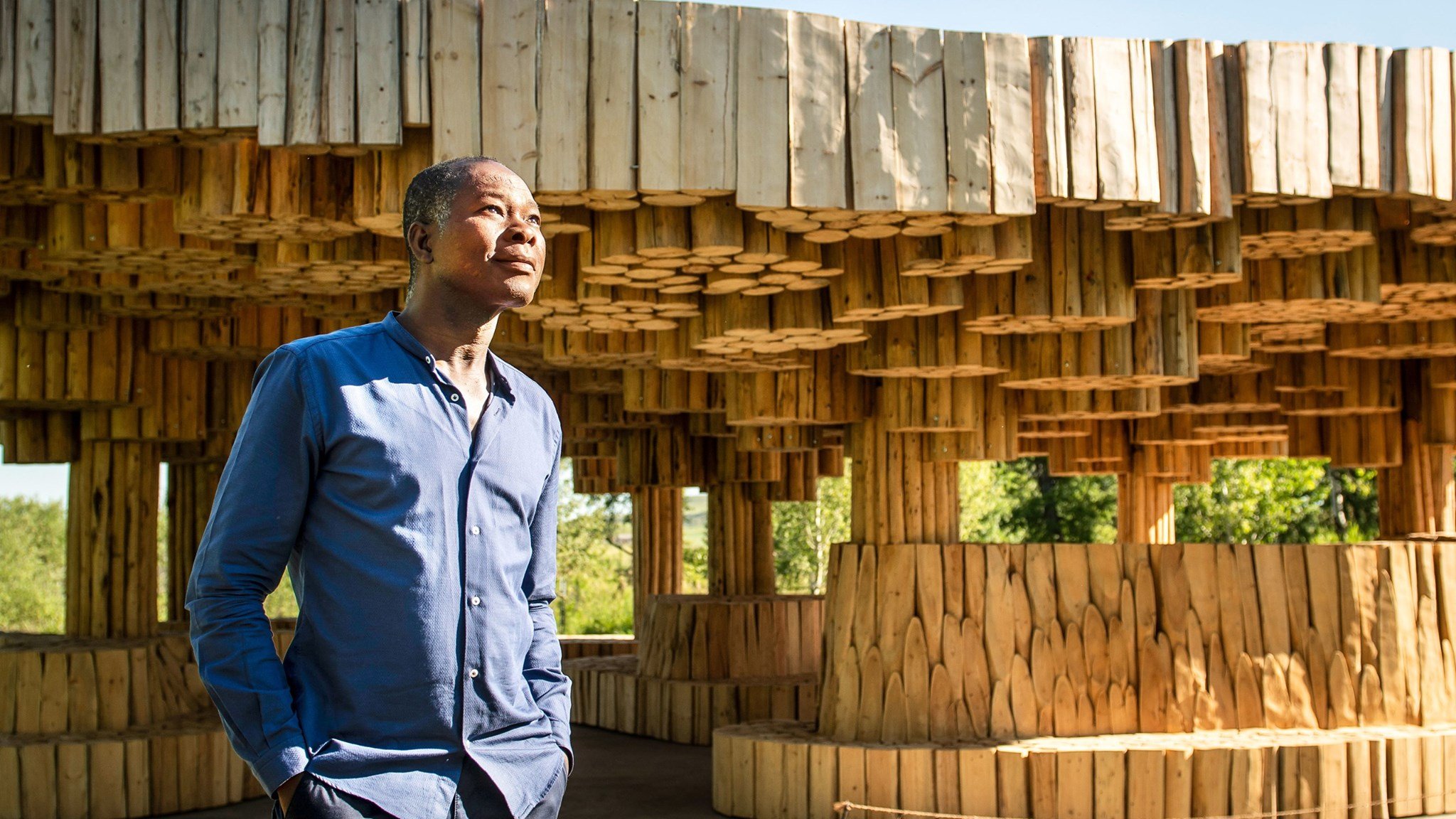 Born in Gando, Burkina Faso, in 1965, Kéré educated at the Technical University of Berlin, the city he has lived in since 1965. Architect, educator, social activist, he empowers and transforms communities through the process of architecture. Through his commitment to social justice and engagement, and intelligent use of local materials to connect and respond to the natural climate, he works in marginalized countries laden with constraints and adversity, where architecture and infrastructure are absent. Building contemporary school institutions, health facilities, professional housing, civic buildings and public spaces, oftentimes in lands where resources are fragile and fellowship is vital, the expression of his works exceeds the value of a building itself.

“Francis Kéré is pioneering architecture – sustainable to the earth and its inhabitants – in lands of extreme scarcity. He is equally architect and servant, improving upon the lives and experiences of countless citizens in a region of the world that is at times forgotten,” comments Pritzker. “Through buildings that demonstrate beauty, modesty, boldness and invention, and by the integrity of his architecture and geste, Kéré gracefully upholds the mission of this Prize.”

The 2022 Jury Citation states “He knows, from within, that architecture is not about the object but the objective; not the product, but the process. Francis Kéré’s entire body of work shows us the power of materiality rooted in place. His buildings, for and with communities, are directly of those communities – in their making, their materials, their programs and their unique characters. In a world in crisis, amidst changing values and generations, he reminds us of what has been, and will undoubtably continue to be a cornerstone of architectural practice: a sense of community and narrative quality, which he himself is so able to recount with compassion and pride. In this he provides a narrative in which architecture can become a source of continued and lasting happiness and joy.”

Diébédo Francis Kéré has built extensively throughout Africa, and much in his native country. His built works particularly include civil buildings such as the Gando Primary School, Gando School Library, Dano Secondary School, Noomdo Orphanage, Centre de Santé et de Promotion Sociale, Songtaaba Women’s Center, Lycée Schorge Secondary School, Burkina Faso National Assembly and the Centre for Earth Architecture in Mali. He has also won prestigious prizes, from the Aga Khan Award for Architecture to the Arnold W. Brunner Memorial Prize 2017, presented by the American Academy of Arts and Letters. Among his works, he also designed the Serpentine Pavilion (2017), London, UK, responding to the brief with a bold, innovative structure that brought his characteristic sense of light and life to the lawns of Kensington Gardens.
His works appear as a sort of contemporary cultural heritage. The big idea is to erect buildings whose quality and aesthetics are never inferior to the level proposed in places and countries with far greater financial muscle. This model has been increasingly adopted by numerous world-renowned African professionals, who, since they work in Africa, are demanding equality with Western standards. Over the years, the architect Francis Kéré has worked according to this vital paradigm.
Follow GRIOT on Facebook, @griotmag on Instagram Subscribe to our newsletter
Tags: