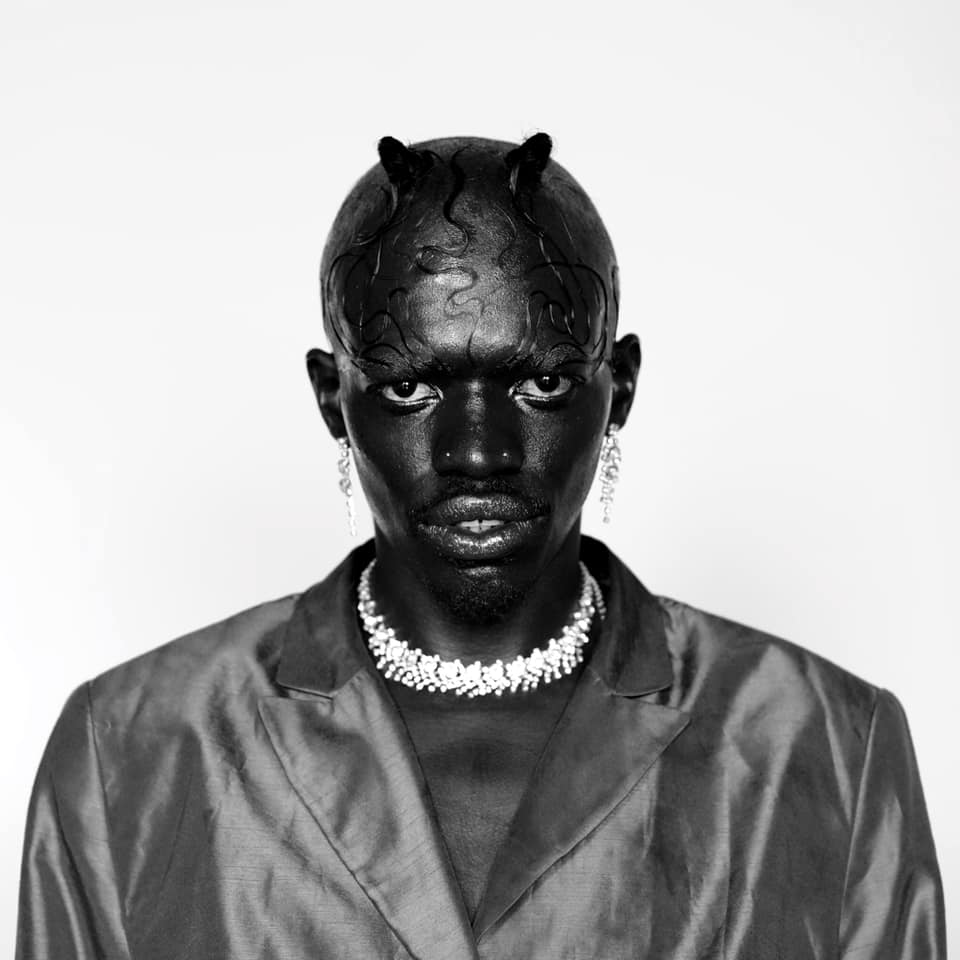 With a strikingly introspective and existential approach, Marea’s new sonic journey is a deep exploration of the divine through the feelings of love, lust, loss, displacement and sense of belonging. Released on January 10, the new decade’s first full moon and lunar eclipse in order to emphasise a sense of rebirth after the passing of their grandfather, the album follows Bottoms Revenge and Amaqhawe, the two EPs made as FAKA.

Crossing and blending an array of sounds and genres, from SA gqom to club influenced soundscapes, Desire Marea takes no prisoners starting from the album’s opening track. Self Centre is an intense, orderly chaotic and extremely cinematic track with layers of organs and synths which introduces the listener to a sonic realm that goes beyond a mere musical experience, placing the soul, the centre of the self, at the very beginning of this journey.

As you get lost in the otherworldly dimensions that Marea so skillfully crafts, warm evocative vocals accented by synth and guitar hints come in in the second track Zibuyile Izimakade—which means “The Gods Have Returned” in Zulu—taking us back to earth and opening up to new percussive elements.

The clash between the singeli-reminiscing, distorted, biting beat elements and the classic house melody in Thokozani, as well as what feels like layered intergalactic field recording in The Void, perfectly highlight the depth of Marea’s experimental approach that makes this debut album a little gem. Marea’s tone and melodies sadden as the 9-tracks album comes to a close. Uncle Jenny and Ntozozo are emotional drone-filled tracks with a progressive jazz vibe over which Marea pours his art out, creating a dialogue between the acoustic and electronic realms. However, like an unexpected twist at the end of a movie, the 10-minute closing track, Studies in Black Trauma, takes us back to a dark alien emotional wind whirl before brightening up again to gqom-inspired catchy vocals and colourful layered synths.

Described as “an intricate inquiry into various themes including loss, displacement, and the terrifying manifestations of love in the contemporary world,” the album was released via Izimakade Records and it features collaborations with South African artists Pasja Sneijder, Nonku Phiri, Hlasko, Sanele Ngubane, Gyre, Simon Wolfson and Gabriel Wolfson.

In the artwork, shot by visual activist Sir Zanele Muholi, Desire Marea stares straight into our eyes, looking for the divine inside us and unapologetically manifesting theirs. Strongly rooted in Johannesburg but informed by a forward-thinking global sound, Desire is a debut album which places this incredible artist at the forefront of the electronic experimental vanguard worldwide.