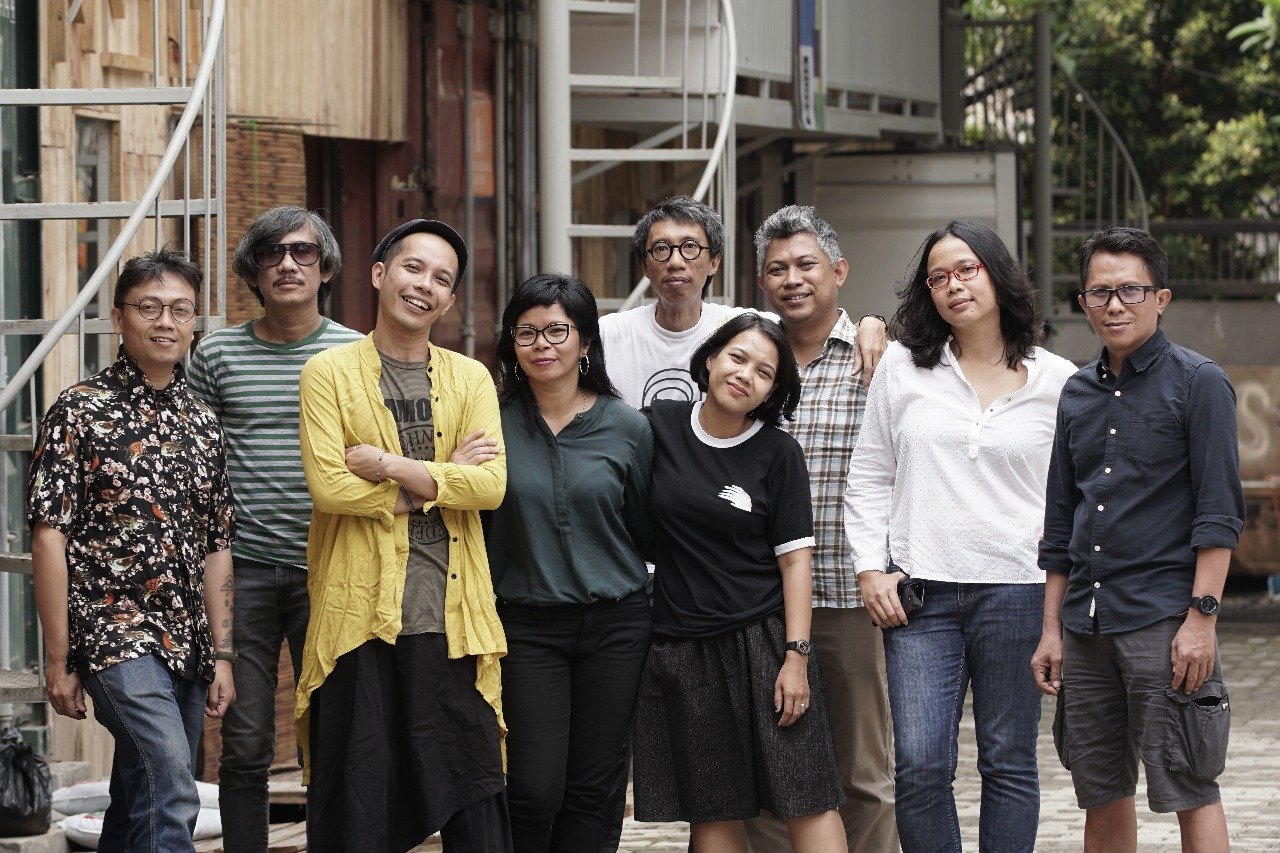 With the dust finally settling on what will go down as the most controversial documenta edition in history, several loose ends linger. Arguably, the most obvious is the imminent institutional restructuring of documenta’s structures, processes and benchmarks. documenta fifteen was the first edition of the quinquennial to be curated by a group, the Indonesian nine-member collective ruangrupa, and the first edition whose artistic direction was entrusted to a non-Western vision unmistakeably anchored in a different scale of socially embedded aesthetic values. One wonders whether this openness, both on approach and geography will endure or whether it will be permanently set aside, especially in light of the debates that have ensued.

Debates about documenta fifteen have been chaotic and, in varying degrees have conveyed ideological connotations that have often overshadowed the extraordinarily large international art exhibition entirely.

Instead, the focus remained on some artworks, in particular on People’s Justice (2002) by Taring Padi, which was de-installed after the opening for depicting antisemitic tropes. I met ruangrupa on the second-last day of the exhibition in Kassel, to give space to a deeper and more complex discussion of their work, which focuses on collectivity and sharing practices.

GRIOT: How are you?

ruangrupa (Reza Afisina): Today although we are tired, we are very happy because we got to do this together. This was a chance for us, especially to regard to our collective, to learn from many directions and to introduce Lumbung. Lumbung was our approach for documenta fifteen, although we have been practicing it since we initiated our collective. We wanted to know what other practices, whether from collectives or individuals, perhaps, had in common with ours.

It has been evident to everybody that has been to Kassel that Lumbung is a practice, yet there have been attempts to attach the idea to a more abstract concept. We are curious about the epistemology behind Lumbung for those who did not get to experience the practice here in Kassel.

ruangrupa (Reza Afisina): Lumbung is hard to define. Within our practice, Lumbung is a term that we began using for our practice retrospectively. Much of it was rooted in collectivity. We needed to also connect with our own articulations. Indonesia is an archipelago and most of us didn’t see each other frequently, most of us were basically stranded in Java, and didn’t know about the things that happened outside of Java, except from friends visiting… or having conversations within the lumbung fixer, the network of Indonesian groups in that context. We tried to find this particular connection in regard to our practice as a collective in this particular collective approach which was already embedded.

If we impose this Lumbung ideal on people, we don’t learn anything. We cannot open up, or follow the thing, or even criticize the way Lumbung works or the way that we, as a collective also work. We don’t want to disrupt what’s happening in this particular soil or what is already rooted, but at least to graft it, and perhaps find some articulations. Otherwise, people could be trapped in this sense of exoticizing Lumbung as a word, and then it remains like a gesture or method that came from a new context.

runagrupa (Ajeng Nurul Aini): If we talk about Lumbung and how we work, it’s very embedded, and I think it’s also something really close to our culture. In Indonesia, we have this term, gotong royong which means working together or helping each other. For example, if someone builds a house, or there’s a wedding party, we try to help each other, so I think it’s also very difficult to explain because what we do is really practice-based and I feel like here in documenta people tried to find the meaning of Lumbung. For example, there is also nongkrong, which means hanging out. If we explain what nongkrong is, it’s not really acceptable to some people: it’s like wasting time. So, it’s very difficult to explain.

ruangrupa (Reza Afisina): gotong royong refers to how you carry the weight on your shoulders together. Nongkrong can also be understood as a gesture of squatting, like physical squatting in the streets. Hanging out for us is like this (us together in this moment); but squatting means you don’t have terms and conditions… sometimes it’s just about ‘wasting’ time to be honest, which can be resistance.

Were you ever afraid of being misunderstood? That some misinterpretations of your practice could occur?

ruangrupa (Reza Afisina): There’s always a risk: how would our practice relate [to Kassel] or be welcomed? Or, most importantly, how could this practice contribute to this particular soil? documenta is a huge resource and we also consider ourselves a resource. At the beginning of our proposal, we asked documenta ‘So, why don’t we share?’ We acknowledged the risk, but the most important thing was how we wanted to trust each other if we decided to take this responsibility in our hands together. On the other hand, the pandemic started. Imagine you are in your kitchen and you start to cook and suddenly there’s this new ingredient, and the question was: how this could be blended into the recipe? We needed to include that factor as a part of the process because it was historical.

Did the decision to curate such a huge event compromise your radical approach?

ruangrupa (Reza Afisina): If we are talking about the scale, we must also consider the huge scale of Jakarta in terms of the density [of the population], inhabitants, and as a city. This is part of our practice. Our collective is our life, we live and work as this collective, with ruangrupa, with our ecosystem, every day since we started. Secondly, organising such a big event is always a challenge for sure. Since the beginning, the way things have been classically structured in this European or German context—talking about the institutions—was challenging for us. So, we needed also to learn, to fill in the gap in regard to our practice. Iswanto and myself lived in Kassel for 2 years and 4 months prior to the documenta fifteen just to start to acknowledge the water, and the soil. Creating an event is easy, one can just bring the stars: you have the money, you have the support, that’s it. It’s gonna be big, it’s gonna be like a huge widely covered event. But how can such a structure be really be horizontal? How could we sit together from scratch?

When the pandemic arrived, we didn’t know about the future, but we did it in this year, although so many events, not only in the art world, were postponed and cancelled, and so many other organisations collapsed. We still decided to make this happen. There was the expectation ‘but you are the artistic directors, you need to give directions”. We said: no, we have to share our power, because we believe, we know that each one of us has potential. The question for us was different, we wanted to know how we would like to achieve documenta fifteen together.

In the handbook you propose that this event can be viewed as documenta fifteen or as lumbung one. How do you imagine the continuations of lumbung?

runagrupa (Ajeng Nurul Aini): Basically, the first idea we discussed with all the artists or lumbung members and the artistic team was that our goal goes beyond the first 100 days of documenta fifteen; and then during the process of documenta fifteen we created Lumbung Interlokal, a network. We had mini majelis consisting of all the artists based on regions as well, and then we also did several collective projects among the artists and the artistic team.  Based on our conversations, one of the topics that we thought was important to have was an economic conversation: how to sustain our practice in a financial way. We also created many working groups and collective projects covering different interests and topics. For example, in the economic group, we had lumbung Gallery, lumbung Kios, lumbung Land, lumbung Currency, etc., based on our practise and on experimentation.

ruangrupa (Reza Afisina): From our experience there’s always an attempt to tame, or categorize. Lumbung is still Lumbung, no matter what. Though there’s some innovation to it, we still call it Lumbung. For us actually, we could forget about the word Lumbung, but at least the essence of this particular practice through Lumbung as a context, is already embedded with or without us, here in documenta fifteen and elsewhere. There were lots of discussions about collectivity, especially in Indonesia since 2000 when we initiated ruangrupa. There were lots of discussions about the core of these practises, about how to work together in such an ecosystem about the relationship within the collective and what ‘collective’ even is because we have lots of different groups of artists who even before ruangrupa had already started things together.

The thing that we always explained to friends in Kassel, in particular, is ‘Hey, you already know what Lumbung is because it is being practiced on such a large scale of documenta. You have the privilege to generate some other things that could be suitable and necessary and that need to be built up in the Kassel ecosystem. We don’t know where that is going to go, but if they would like to relate to Lumbung, they should, but we don’t want to impose this.

runagrupa (Ajeng Nurul Aini): We also always thought that Lumbung is not the final answer. There are other alternative ways.

This interview has been condensed and edited for clarity.