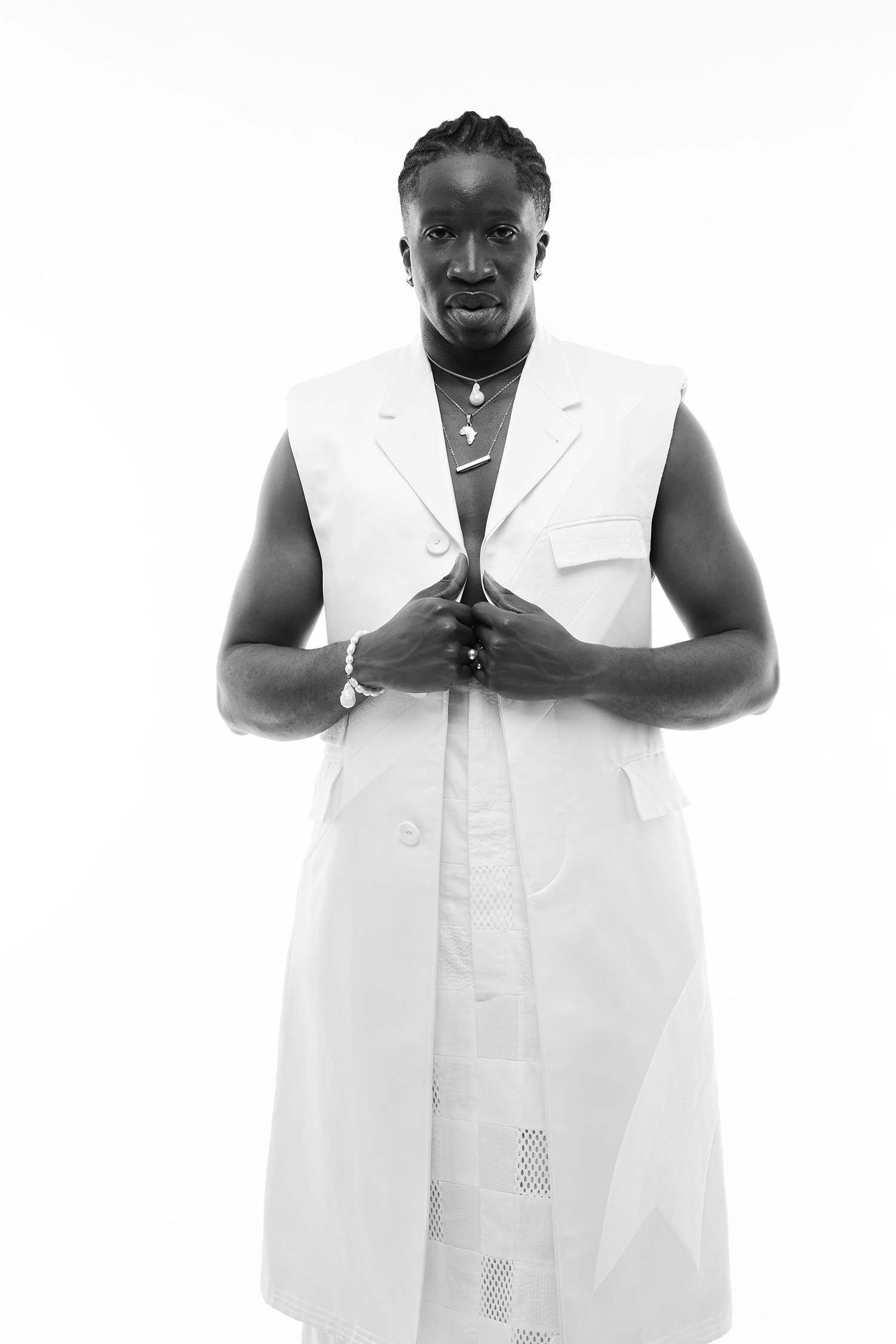 Last Christmas we all got emotional watching the latest Disney Pixar film, Soul, whose soundtrack has just won an Oscar. In the Italian version, the touching song Parting Ways [Vero Amore in Italian], is sung by David Blank, an artist of great depth and international experience who released his new EP, Exhale, today.

Resulting from a long journey of personal growth and collaborative work with the producer ilromantico and the Fluidostudio label, the project, that was anticipated by three singles Standing In Line, Foreplay (featuring PNKSAND) and I Am Here, mixes the soft sounds of R&B and the gritty sounds of afrobeats within refined soul atmospheres.

GRIOT: Exhale represents the end of a long path, but at the same time it is the beginning of a new phase. Do you consider it a finishing or a starting point?

David Blank: After several years of training, some failures and personal bests, this new phase can be described as a starting point. I named my insecurities and identified them, learned to live with them, to tell them when to shut up and to understand when they lie.

What was the first song you wrote for this EP and what inspired it?

The first song I composed for this EP was Standing In Line, and it was inspired by the stalemate I felt in that period, I saw everyone moving forward and instead I felt still. Of course, I would say all the songs are “my favorites” because they are like my children, but Standing In Line was the key that made me reopen a door that I thought was closed.

Every author (musician, writer, songwriter …) is said to have their own idea of a typical reader or listener. Who is yours? Who do you think about when you write your songs?

My listener is introspective, hugging their monsters, cuddling them and putting them to sleep when they have to get busy.

How was the project born? Considering you always work in synergy with your creative team, how did the work develop during the different stages of conception and production?

The project was born from my friendship with one of the two heads of Fluidostudio; he introduced me to ilromantico, the producer of all the tracks on the EP. We immediately found ourselves in tune, especially because of the references we had and because of the fact that we are both very moody. Actually, sometimes during the different phases of the work we realised that we were going in a direction that was a bit too “dark”, but then we got out of it. For the visual side I had several collaborators, still under the artistic direction of Protopapa, which helped me a lot to channel my love for fashion, but also it was important to be able to convey a message through images.

Over the past year and a half, the pandemic and other important events — often negative — made us face our frailties and weaknesses, but sometimes they also made us discover resources we didn’t know we had. What have you discovered about yourself, for better or for worse?

I discovered how fragile my strength is, how much time I spent cleaning the prison in which I was locked up, that I had lost hope of a possible freedom. And after defining this situation I realised that the door of the prison was ajar and I just had to push it to get out. I also discovered the value of my voice and my story, sometimes I get lost in the labyrinth in my brain, but I use music to stop and plan how to get out of it.

What does it feel like to hear your own voice and song in a movie like Soul (Disney Pixar, 2020)?

An indescribable emotion, I think I haven’t cried so much in years, when I was recording I had no idea what I was doing or at least I didn’t realise, I was in work mode.

Over time which artists have you considered your masters and role models? Who are they today?

Years ago I had John Legend and Ne-Yo as points of reference. With time and my personal evolution I started to pay more attention to the lyrics of the songs and to the way in which stories are told through lyrics. So I started seeing artists like Frank Ocean, SZA, Billie Eilish, Moses Sumney, James Blake as role models. They are the first that come to mind, but the list is really long.

Looking at the Italian scene, which artists or bands do you think are most similar to you and your musical world?

I’m a big fan of the Undamento artists, like Frah Quintale and Joan Thiele; then Ginevra, Mahmood, Arashi, Venerus, Theia. I am crazy for ThaSupreme and their melodies. I’m also a super fan of Epoque, the first time I heard Petite, I had to rewind the track to figure out if she was really singing in Italian, and I love the fact that she does a mix of languages.

Still with regards to the record industry in our country, do you think in recent times it has become more inclusive and representative of the plurality of voices that exist in today’s society?

Let’s say, I’m optimistic. Nowadays the mainstream scene and the indie scene still remain very white and eterosexual cis. They play with genres a lot, but in the end 90% of the artists are white, straight, cis. We are taking small steps, but the road is still long.

Moving on to another area that often sees you as protagonist, is fashion becoming more inclusive? The video for Foreplay featuring PNKSAND, made last year with twenty Afro-Italians for the Milan Fashion Week, was a powerful signal: but what follow-up did it have?

I think there is progress in fashion, or at least unlike the music industry, there is an ongoing conversation about inclusivity. Many have written to me about the video: Afro-Italians and — to my surprise — also Afro-Europeans and people with other origins, thanking me for representing Blacks in such an elegant way, after we have become accustomed to the trauma of recent years. The video has also participated in various national and international festivals, I am very proud of that project.

What are your plans for the future?

Surely a lot more music, I’m already working on new stuff. Also, other things related to fashion, but I don’t say anything cause I don’t want to jinx it.