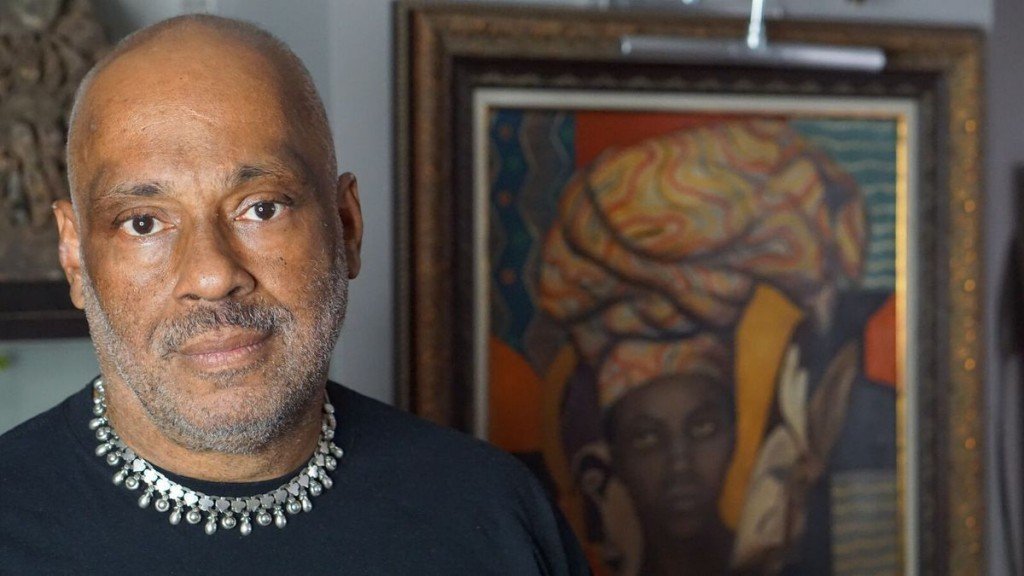 New York. Manhattan, Chelsea. By the Hudson river lies a post-industrial district, also known as one of the art centers of the city, with over 200 galleries. Here is the headquarter of Rush Philanthropic Arts Foundation, a huge space and art factory where I had the opportunity to undertake work experience as an assistant curator.

I was lucky enough to spend eight months at Rush and while I was there I wondered about the deep meaning of having art exhibitions focused on African American paintings and why they are so important for the black community.

I so decided to interview Danny Simmons, Co-founder of the Rush Arts Philanthropic Arts Foundation, to find the answers I was looking for.

GRIOT: Coming from your youth experience in the Black Panthers and looking at today’s scene – also in the light of the newly elected U.S. president – what is the role of art in the creation of a sense of community in N.Y. and beyond?

Well I think art does a lot of things. Firstly, art brings people together. Depending on the subject of the show, which could be political or not, art makes people from many places and backgrounds talk to each other. So I would say that the first role of art is to improve communication. Let’s take as an example the first show I had in Rush Philadelphia, “Guerrillas in the Midst” (10th Sept 2016). That show was about politics, and we had about two or three hundred people coming that night, so a lot of the conversations were going on between artists, gallerists, writers and other people. They were talking about politics in the states right now and the artists were trying to express what is going on in society through their art.

You have been running an educational-artistic curriculum for years at the Corridor Gallery, working in collaboration with N.Y.City public schools. How important is it that young men and women have a sense of belonging to the African Aamerican community in their upbringing? And how is that encouraged through this program?

Art for children is essential. It gives children a chance to expand their horizons, to create things they would never create; basically, it empowers children. Kids have the ability to create something out of nothing, and they soon realize that if they can do that, this they can do anything. Art expands children’s imagination and allows them to express themselves in a safe way. And this is extremely important especially with kids that are not living in a privileged situation.

Art is essential in the African American community, especially in poor communities. There are studies  showing that kids that are good in art classes are better in all the other subjects compared to kids that don’t take art classes. So art really focuses on kids’ interests and it changes the way they are educated, for this reason art is really important in poor communities.

What would you say is the most crucial phase in the creative process of the kids attending your program?

I think creation is the most powerful moment. The fact that you make something out of your imagination, out of your talent, is massively important. Education is important, but is not as empowering as creativity. And the other thing is that if you are in a class with other people, there is interaction with others, and this is very important because it creates a sense of community. You can share the objectives and it makes you realize that you are not alone, you are with other people, with whom you can change ideas and talk to and to be part of something bigger than yourself.

Were there any young people coming from a disadvantaged environment who managed to find the strength to pursue new and positive paths through art?

I have a little story that I do like to tell. There was a young boy, his name is Isaac, and he had just lost his mother, and after a while he also lost his father. He was staying with his grandmother, and he was still coming to the Rush Kid Education Program at Corridor Gallery, in Brooklyn. One day he saw Meredith (one of the teachers) across the street, and he ran up to her and he hugged her. Meredith asked “What’s going on?”, and Isaac said “Today is one of the best days ever!”, so she asked why, and he answered “Because I got to create some art today”. So even with all he was going through, his art class was still a place that he felt safe and comfortable.

You exhibited some of your original work and private collection pieces  (Badass ArtMan April-May 2015) at the Philadelphia African American Museum. What would you say is the impact this museum has had on the community so far?

I exhibited BadAss Art Man there two years ago. It was an amazing exhibition, and as I’m an art collector too, I didn’t only exhibit my paintings but also paintings from other artists of the African American community. There were also some pieces of my collections, and even my old comic books! I took over the whole museum with that show! And the good thing is the same show [BadAss] is now travelling all around the country.

Why is it so important to represent African Americana art?

When I started doing this, about 25 years ago, there weren’t so many galleries willing to show African American paintings, especially made by emerging artists. Having been one myself, I saw the need to create an exhibition space for me and for other artists. So I opened my own space with my little brother Russell, and the first show we held was in his office! From there we upgraded and opened up a bunch of different galleries over the years… to finally arrive at Rush, that has now been around for 21 years.

What piece of advice would you give to those who want to open new educational spaces aimed at disadvantaged realities in other parts of the world?

All you really need is to invite people, and grow from there. You can do an art show in somebody’s apartment, or even in a store. Just invite people, and they’ll show up, and you will tell them to invite as many artists and friends they can; they’ll meet and talk each other, will share ideas, and out of them you will start your movement.

Danny Simmons is currently organizing an art show in Milan, Italy, due for May, 2017. We can’t wait to go and see it!