The widely debated idea of cultural appropriation has historical roots in colonial models of appropriation that continue to this day, writes Naomi Kelechi Di Meo, who explores the concept and discusses some recent examples 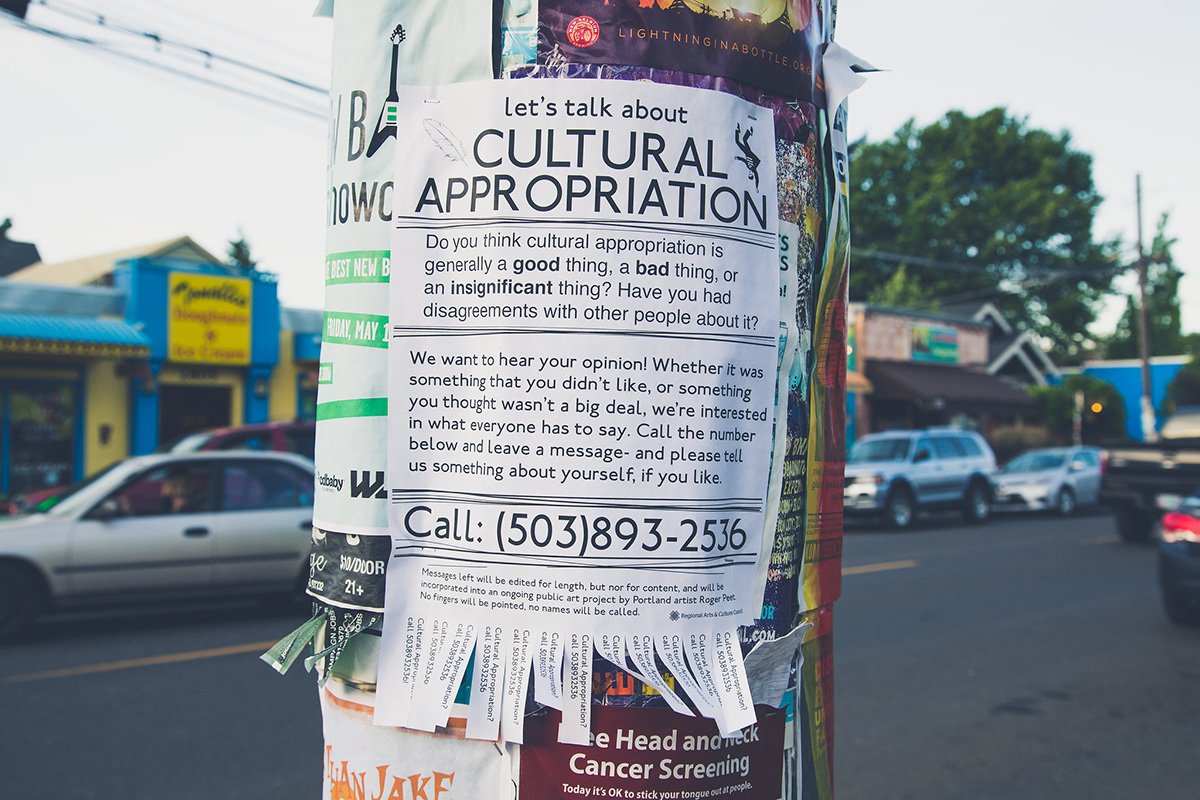 Artists are constantly inspired by their surroundings, allowing them to come up with work that is widely appreciated by critics and the public. At times, the line between inspiration and appropriation is thin, leading to accusations of the latter. In the last decade, cultural appropriation has been a hotly debated topic. In fashion, cultural appropriation perpetuates racist and colonial stereotypes while rewarding the appropriators over the real creators.  For a long time, fashion magazines and broadcast media commissioned and distributed images that portrayed cultural appropriation undisturbed. However, protest gradually developed online, mainly on twitter and Instagram (such as the Instagram page No White Saviors) raising consciousness on the topic and calling out designers and the media for selling a wrong idea of their heritage.  Due to this pushback, magazines like Teen Vogue, have increasingly embraced an anti-appropriation approach in their coverage.

Fashion designers have often been accused of the first and second types of appropriation.  Ethnic prints, materials or hairstyles  have been used in designers’ work without attribution; or models and musicians styled to represent, fish (as in Blackfishing) or bait (as in Blackbaiting) an ethnicity they don’t belong to.

There are deep historical roots for these phenomena. In Scene from the Colonial Catwalk: Cultural Appropriation, Intellectual Property Rights, and Fashion Peter Shand describes how colonial attitudes legitimize cultural appropriation to this day. During colonialism, cultural appropriation was used by colonialists to claim and benefit from goods (work of art, materials, spices) taken from the colony. Through their display and dislocation, Shand argues, these goods became material for appropriation into the cultural language of the colonizer. This practise gradually became normalized, accepted behaviour in our society. Shand puts forward an important notion, which provided ground for social movements to criticize cultural appropriation: the notion of intellectual property. Though already  established during the colonial period, it only applied to the work of European authors and artists as indigenous people were considered ignorant. As a result, Shand argues, colonizers did not acknowledge the owner’s rights to their own art, claiming it as theirs. A similar pattern  is recognizable in fashion industry.

Admittedly, cultural exchange will always take place, especially in creative environments. However, as Brigitte Vézina argues in Curbing Cultural Appropriation in the Fashion Industry “cultural appropriation is sometimes a case of blatant copying (a literal knock-off, a head-to-toe copy) or close similarity, where the appropriator simply recycles indigenous stereotypes, does not make his or her own contribution to come up with an original creation or fails to make the designs look any different”. In fashion, there is a failure to mix and merge different styles, in the course of which cultural theft is committed. Vézina draws attention to how transformation is different and harmful compared to replication. As a result, transformation must be analysed case by case, following copyright law and intellectual property rights principles for determining similarity, by comparing shapes, colors and arrangements. This will enable the artist to give attribution and show how a certain element has been merged into a new work.

Fashion can be understood as a system, in which different parts play specific roles with the goal of maintaining stability within a complex cultural context. Therefore companies, designers and artists have been trying to avoid cultural appropriation by considering different options.  The most common ones are using models or photographers belonging to a specific (sub)culture, supporting local business providing a specific artifact, or explicitly attributing inspiration to cultures or individuals. In How to prevent your company from cultural appropriation Janice Gassam develops a guide to help companies avoid appropriation and foster appreciation. The key, for Gassam, is having an inclusivity and diversity team in the company to determine whether a certain fashion show or work is being respectful towards a culture or not.

In music, appropriation often takes slightly different forms.  In Italy, for instance, hip hop and rap have drastically changed pop culture in terms of sound and production,  as well as in language, fashion, and overall behavioural codes. Those who grew up listening to these genres are aware of the social and cultural context in which they developed and the dynamics they were forged by. Consequently, artists that wish to  succeed in these genres have to be inspired by its particular histories. Still, it is one thing to be inspired by something because one likes it, and quite another to appropriate it because one wishes it were one’s own. Over time, cultural appropriation has led listeners to prefer tracks that enhance the sounds and style of the genre, rather than the themes and message that the song carries or “the real meaning” of a track. There are those for whom the meaning must strictly be connected to the lyrics and the overall sound, and those who prefer a different way of doing and understanding music. In Italy, the Dark Polo Gang, Rondodasosa, Capo Plaza (to name a few) have been leading this latter trend by interpreting the genre via the different realities it occupies: fashion, art, attitude and other social practices.

Italian rapper Rondodasosa has quickly risen in the charts with his debut album Giovane Rondo, featuring artists such as Capo Plaza and Shiva. In many of his music videos and pictures, the rapper embodies genre-typical characteristics, some of which are embedded in cultural appropriation, because they are generally displayed by Black and African American artists. Culturally, durags, cornrows, other types of braids, slang and gang signs are attributes that ‘belong’ to the US. Many themes, such as crime wars, struggle, poverty, fame, money, and dreams are similar across contexts. Yet, the way they are approached by Rondo (shorter for Rondodasosa), and many other artists like him, flaunt an appropriated  “blackness” which implies a stereotypical way of seeing Black people.

What distinguishes appropriation from appreciation?gr

There is arguably a grey area between appropriation and appreciation, and the lines that separate them are increasingly thin. Education, and an appreciation of the history and the cultural values of a heritage can help, but often, more measures are needed. In the aforementioned article, Vézina proposed “Implementing codes of ethics, norms, charters, or guidelines for the different industries encourage artists who use indigenous or peculiar cultural elements to reveal their sources of inspiration clearly and openly, [and] acknowledge their holders […]”. Recognition and respect for the cultures that inspire acts of creative or commercial borrowing are fundamental, as is the role of media in the debate about cultural appropriation. The music and fashion industries do not need encouragement to develop standards for defending fair collaboration, they need to develop adequate responses to legitimate claims of appropriation, ones that go beyond pulling campaigns, issuing standardized (non)apologies, and hoping the news cycle buries the mess. Being agents of diversity and inclusivity might be one viable route to bring potentially lasting changes to the music and fashion industries.

Naomi Kelechi Di Meo is a New Media and Digital Cultures student at the department od Media and Information Studies of the University of Amsterdam. The essay was translated by Marta Gori.