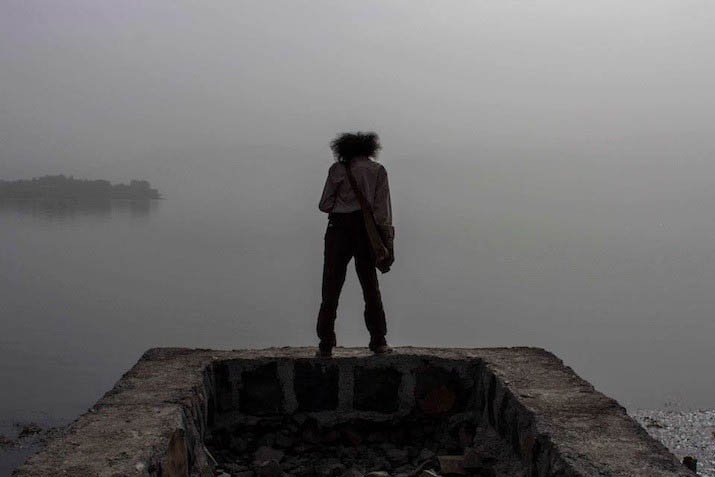 Every time I watch a sci-fi, apocalyptic movie I wonder “why does always it happen in the States? Why does the entire movie start and end there? Where are the small European, African, Asian or Australian towns or big cities?”

It seems that even Addis Ababa-based, Spanish-born director and producer, Miguel Llansò, came to the same conclusion because when you watch the trailer for his latest work, Crumbs, you don’t see skyscrapers or cities under water or villages in the middle of nowhere in the US.

After watching the film, and carrying out some research, I found out Llansò drew his inspiration for this project from an audio recorded interview of the first Ethiopian graduate in nuclear engineering – the elderly professor Seifu Yohannes – now emeritus physics professor at the University of Harar.

What did the professor say? Well…:
“All your dreams of wealth and unlimited power, all your dreams of disproportionate ambition; the satisfaction of feeling analogous to the gods, all your sexual impulses which you deem infinite; all these pharaonic dreams will be reduced to a series of cheap plastic figurines floating in the stratosphere once everything has finally exploded. The American dream will soon enough end up devastating you. Then you will return to your village with your tail between your legs. And you will wish that your old boyfriend or girlfriend – whose breath always reeked of garlic – will once again cover you in kisses and eternally care for your welfare”.

CRUMBS – the first post-apocalyptic Ethiopian sci-fi film with an entirely Ethiopian cast -tells the the story of Birdy, a weird little hero (played by the charismatic Tadesse Galgano), a scrap collector who lives together with Selam in a broken-down bowling alley. Alternately gripped by daydreams and constant fears, the diminutive Gagano has had enough of collecting the priceless crumbs of decayed civilization.

But one day, the alien spaceship that for years has hovered in the sky begins to spin and a series of freak incidents happen. Birdy found himself forced to embark on an epic surreal journey that will lead him through the post apocalyptic Ethiopian landscape.

As he confronts himself, his fears as well as witches, Santa Claus and second generation Nazis he will discover that the world is not as he believed it was anymore.

Premiered last month at the Rotterdam International Film Festival Crumbs will be available on IndiePix.