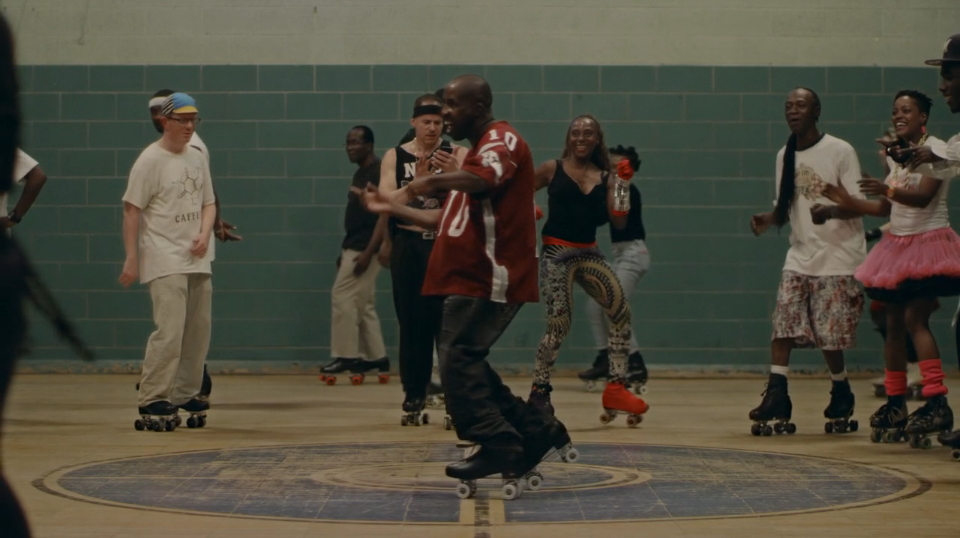 When I was little, I learned to roller skate before I could even push a bicycle. I had those with the front brake and if you dared too much they would punish you with a lot more than just a bruise.

I loved skating. It made me feel invincible. I was capable of reaching impressive speeds and then close with a 180 flip with final break.

Then I started skateboarding, but that’s another story.

When I was 13 or 14 I donned my rollers again, they had the wheels one behind the other. Most people would call them rollerblade – but that was just a famous trademark. There were those who were crazy Rollerblades and those who would have died for Roces – I did not have those but I liked them much more because they were matte, not glossy – and sometimes you could just see funny debates on which of the two brands was the winner.

Then I don’t remember how I left that hobby. It must have been a year since the last time. When? At Burning Man. Oh yeah, there are so many things to do in Black Rock City.

I was surprised when I saw the Black Rock Roller Disco right there in the playa; I did not think about it twice, I was already rolling – at least trying to – on the wooden floor, somewhere in the middle of Nevada (and of the sandstorms…), rolling on the beat of the best dance hits. I even found out Italian Olympic ice skater Carolina Kostner was at Burning Man, she performed in memory of a close friend who had just passed away. Why did I talk so much? Well… Crazy Legs, a film that pays homage to the much celebrated spot in Brooklyn, NY – (in Bedford-Stuyvesant, Bed-Stuy, on that road that last August was renamed Do The Right Thing Way, from the Spike Lee movie) and its soundtrack  took me straight down my memory lane.

Of course, Crazy Legs is about something else. The movie shows the subculture of rollerskating, well rooted in the social tissue of the Big Apple and of the United States; it has very far origins, back when roller skates had an important role for the civil rights movement, when activists used them from city to city.

Rollerskating, in particular “style skating”, was not only a past time diffused among the black community: it has had an important influence on the development of dance music from disco to funk through R&B, hip hop, crunk, techno, all the way to footwork – which is such a big world on its own it deserves an article all for itself.

“Crazy Legs is a Salvation Army by day and a skate club at night. For a lot of the skaters it is more than a hobby, it’s a way of life, a form of self expression and escape”, said Sean Frank to Nowness.

The movie shows all kinds of skaters, from the first timer, to the 8-wheeler veterans. And it is all shown in the most natural way.

Crazy Legs Skate Club was a weekly rollerskating party, until last January, in a building hosting one of the Salvation Army’s communities, in NYC. Many people, of all colors and from all classes, would pour into the indoor venue; you could easily see homeless dancing right next to doctors, lawyers and bankers. All for just $10.

Founded in 2008 by Lezly Ziering (who passed away last July), the Crazy Legs Skate Club has had to interrupt its parties because the Salvation Army has decided to reserve that space only to programs devoted to children.

The members of the club are still in search of a new place where to skate.