Curator Bruno Leitão has shared an open letter casting serious doubts on the decision-making process of the DGArtes (General Directorate of the Arts), which serves as the Portuguese Selection committee for the Venice Biennale. The letter decries the process as being marred by grave irregularities. 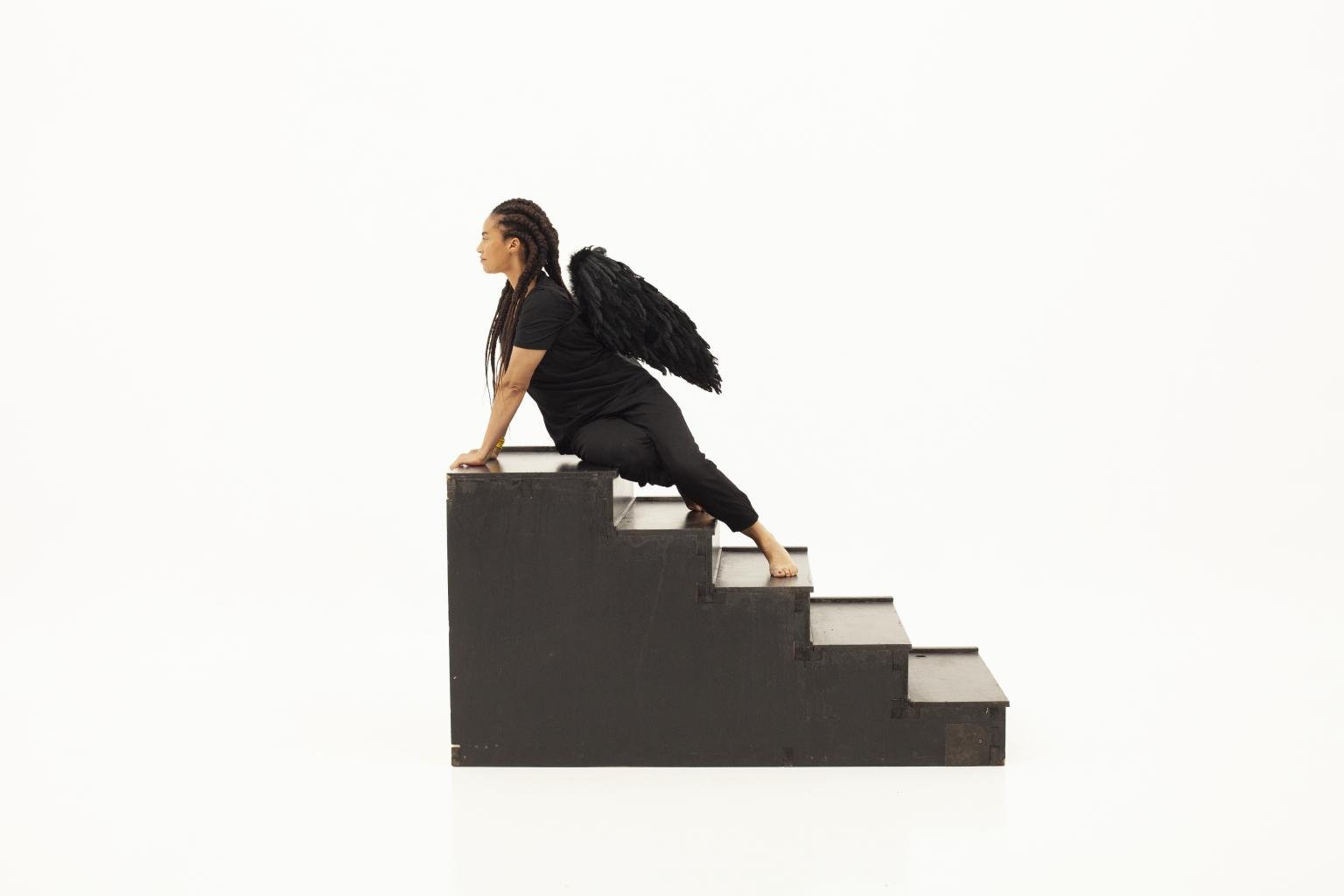 The unfavourable and inconsistent results were communicated to Leitão on November 11. He appealed the decision, initially through the “Applicants Hearing” and  then through the “Hierarchical Appeal” which was submitted to DGArtes and to the Portuguese Ministry of Culture. Leitão’s proposal for the Portuguese Pavillion at the 2022 Venice Biennale, Grada Kilomba’s A Ferida- The Wound, was evaluated according to a weighted average system, allegedly falling short by only three points compared to the winning proposal.

Nuno Crespo, art critic and director of the School of Arts at the Catholic University of Portugal, is said to have been responsible for dragging Kilomba’s score down. Crespo’s assessment of Kilomba’s work was far below those given by the other three jurors. In an evaluation system ranging from 1 to 20 based on three evaluation criteria (a. concept and curatorial team; b. feasibility – coherence of the project management; c. objectives – correspondence with the objectives of public interest defined in the notice of initiation) all three women—curators Ana Cristina Cachola, art historian Giulia Lamoni, and DGArtes,s Sofia Isidoro—gave Kilomba scores between 19 and 20, in contrast to Crespo’s 10, 10, 15, which was the lowest score given to any of the four submitted proposals.

Yet, the inconsistent voting and the weighted average are only one part of the controversy. Among the reasons for the exclusion of the proposal, Crespo allegedly wrote:

“(…) the idea of racism as an open wound has already been the subject of numerous other approaches; so the proposal presented does not allow us to see how in an exhibition you can review, criticize or extend this idea that has already been discussed and even exhibited in multiple ways (…)”;

“(…) even though the technical and artistic team are competent, the artistic merit of the artist Grada Kilomba (…) is not satisfactory.”;

“(…) the project does not have the artistic scope that, in my view, the official representation must necessarily possess (…)”;

“(…) it is not committed to the dynamization and internationalization of the Portuguese artistic and cultural scene.”.

In the first chapter of his essay Critique of Black Reason (2013) entitled The subject of race, the philosopher, critic and theorist Achille Mbembe writes that “(…) The transformation of Spain and Portugal from peripheral colonies of the Arab world into the driving forces of European expansion across the Atlantic coincided with the flow of Africans into the Iberian Peninsula itself. They contributed to the reconstruction of the Iberian principalities in the wake of the Black Death and the Great Famine of the fourteenth century. Most were slaves, but certainly not all. Among them were freemen (…) The first public sale of Black victims captured in a raid took place in Portugal in 1444.” The country became a key player in the Transatlantic Slave Trade.

Almost six centuries since, the brutality of Portugal’s colonial enterprises, as well as of those of other European countries, are yet to enter official history and public discourse. The construction of race, gender and difference still perpetuate the same processes that have degraded and exploited Black bodies, subjectivities, and being for centuries. One can only speculate about Crespo’s knowledge of these topics. We have no way of knowing if he has ever read Kilomba’s Plantation Memories. Episodes of Everyday Racism, or the anthology La Rampa Portugal. One also wonders how accurate his evaluation of Kilomba’s project really was. Starting from the current debate on decolonization, Kilomba’s proposed work would have tackled the “three crises” of our time through a opera performance displayed in a large scale multi-channel video installation: the human rights crisis; the climate crisis; and the growing militarisation of human relations.

The legitimacy of the work of Black and POC cultural producers and curators is often questioned if their (curatorial) practices revolve around racism, colonialism, (Black) feminism, (gender) identity, etc. If, as Crespo is reported to have said, “this idea [of racism] has already been discussed and even exhibited in multiple ways” it is because those who are racialized have pushed to make it so. Exhibitions (even by the same artist) are not the same merely because they address race as a theme.  The poetic, aesthetic and conceptual sensitivity that artists transport in their work require effort and imagination. This effort and imagination are generative, they enable other artists to enter the fray, explore and enrich the whole community.

The accomplishments of multidisciplinary artist, writer and thinker Grada Kilomba are reflected in a long list of international solo and group exhibitions. Her work is part of the Tate Modern’s collection, and is supported by internationally renowned curators, theorists, artists and authors such as MACBA (Museu d’Art Contemporani de Barcelona) director Elvira Dyangani Ose; the Black Atlantic scholar Paul Gilroy; the SAVVY Contemporary artisitic director and the incoming director of the House of the World’s Cultures in Berlin (Haus der Kulturen der Welt), Bonaventure Soh Bejeng Ndikung;  Brazilian philosopher Djamila Ribeiro; Portuguese sociologist Cristina Roldão; and Brazilian artist Jota Mombaça—all of whom took part in the nomination team for the Portuguese Pavilion at the invitation of Grada Kilomba.

“In the US, in the UK, there has been a serious attempt to understand colonial legacies through art.” Leitão said, speaking to the Art News Paper. “But in Portugal, the country that transported the most people from Africa to America during the transatlantic slave trade, there’s not a lot of discussion about this at all. Very few artists have made work about this subject. It’s rarely discussed in a national forum. So to say the subject of colonialism or racism cannot be extended in Portugal—it’s shocking. That’s why we felt we needed to do the appeal. This goes beyond me and Grada. I felt we’d be doing a disservice to any artist of African descent if we didn’t appeal.”

Regarding the criticism about the artist’s nationality, Leitão added: “How can he say that? She is Portuguese. It’s a criticism that makes no sense. Grada Kilomba might be one of the leading Portuguese artists of the moment. She is certainly one of the most internationally acclaimed. Her work has been shown at the São Paulo and Berlin Biennales and major institutions worldwide and her work is at the moment the signature image at the Palais de Tokyo this season.”

All this, raises pertinent questions about which artists, can indeed become part of the national canon and represent a nation.

In her book White Innocence Gloria Wekker writes: “The anger and violence accompanying the innocence (of not knowing or not wanting to know), may be understood as a strand within the postcolonial melancholia syndrome (…) It is a form to maintain a white supremacist state, which does not understand the racist world in which they live, because they fully benefit from its racial hierarchies, ontologies and economies.” Portugal has only recently been visited by an official UN committee who highlighted its alarming structural and institutional racism.

A system that permits a single juror to decide the outcome of a selection process by allowing subjective voting behaviour to alter the majority’s decision cannot be deemed fair. This systemic imbalance is aggravated by the fact that the committee was composed of three women and one man, which reveals the ossification of patriarchal and colonial structures into supposedly fair systems that remain unable to filter them when encountering a Black woman artist as a leading candidate for the very first time.

Crespo’s assessments of Kilomba’s artistic proposal betray the restlessness of having to deal with another centrality, to listen to other(ed) histories, which must evidently be told again and again if the past is to be dealt with adequately. One can only hope that Leitão’s Appeal—an unprecedented process in Portugal, very likely only coming to light due to the international reputation of the artist—will have concrete consequences.