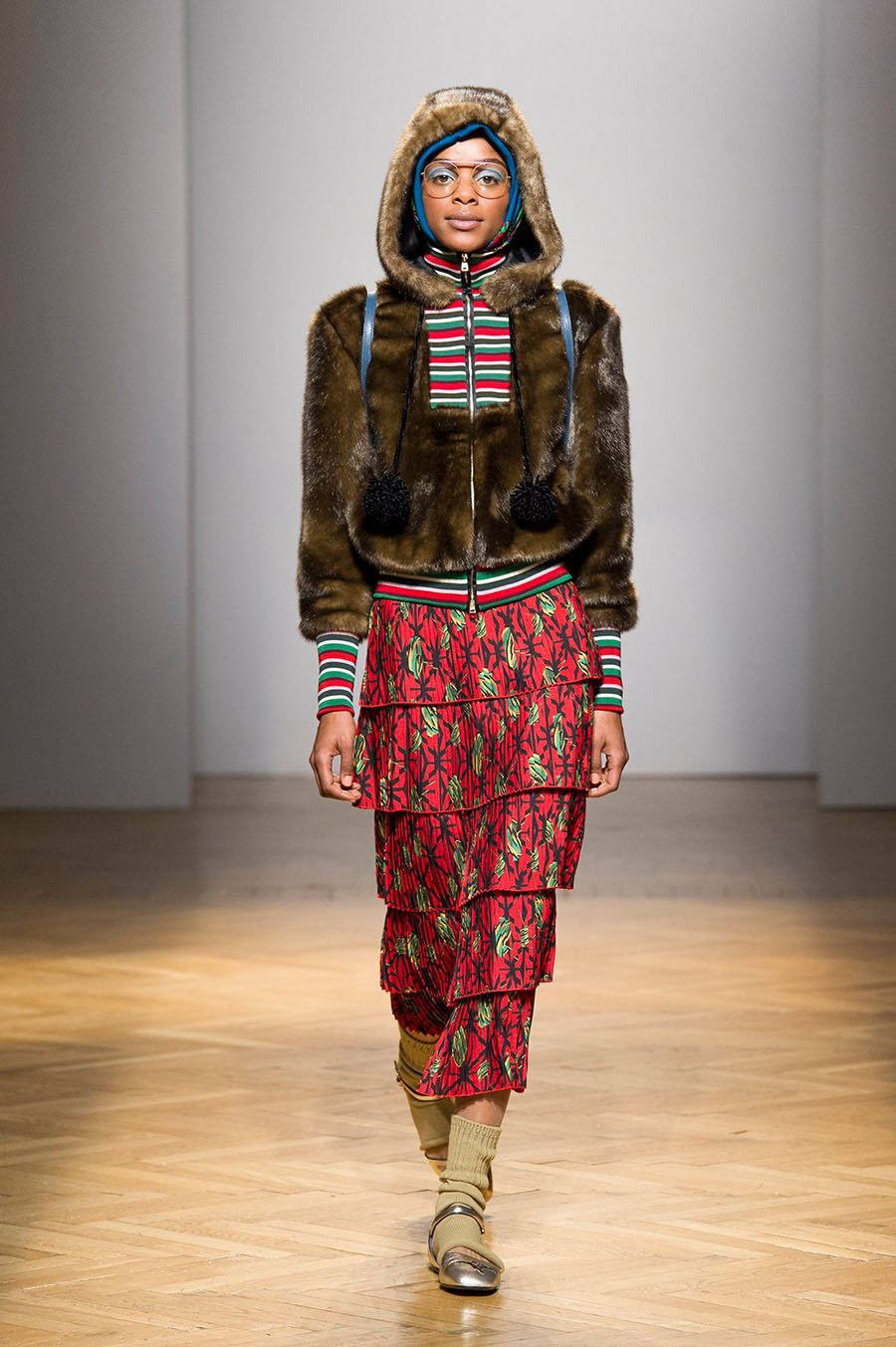 Last Sunday Stella Jean presented Cold War, her Fall Winter 2017-2018 collection. And once again, we were struck by the colours, the concepts and the strong social and political messages her fashion style outcries. We saw Cold War on the catwalk in Milan at the stunning Salone dei Tessuti, where the Italian-Haitian designer diligently managed to tell the story of a war that kept the world hanging, that built walls and that silently brought along discord and destruction. “That wall should be a warning. It should make people understand that we can’t keep on building walls and barriers that still continue to stand in the name of a ‘photo-shopped’ civilization, to separate, detain and violate the rights and freedom of people and cultures,” she said. A first step to contrast this view is Jean’s original ‘Propaganda’ pochette, which calls for resistance. Jean explains: “resist against who would like people to be abiding pawns subdued by the  dividi et impera strategy”. The clutch bag comes in the shape of a backgammon box and it was designed in collaboration with the syrian stylist Asaad Khalaaf, who fled his war-torn  motherland in 2013 to study fashion in Rome and Milan. The clutch was made in a craft workshop in Damascus, it had to be hidden in a taxi that took it all the way to Beirut where it was finally flown to Milan, to become the “megaphone” of a culture that does not want to succumb. The Slogan “One, No One and One Hundred Thousand Kilometres“ is another statement that stands out on t-shirts and knitted dresses to symbolize how fashion, beyond aesthetics, can be transformed into a tool of counter-colonization and become a cultural vehicle and expression for growth and liberation at the same time economic, social and ethical. The show was accompanied by a double bass and percussionist orchestra and by the amazing voice of the Italian-Nigerian singer David Blank, who sang an unreleased cover of Hallelujah .