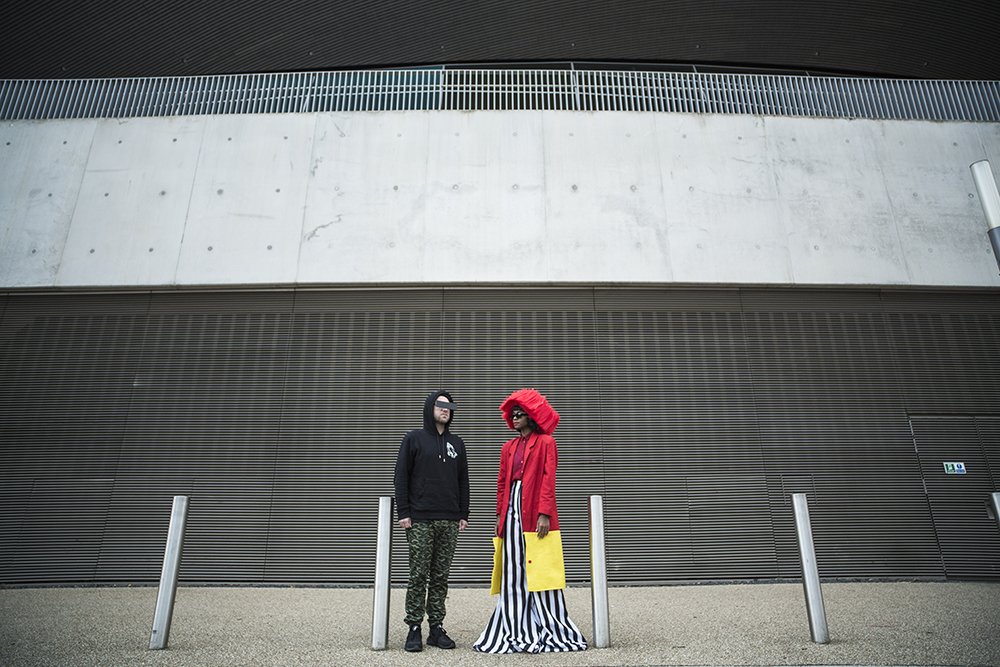 Hyperdub has officially announced the release of the full-length album of the coolest duo in the international underground electronic landscape, Okzharp and Manthe Ribane.

He is a producer and dj based in London, she is a singer, performer, designer, photographer and a model, and their discography is becoming increasingly interesting, with thirteen new tracks “characterized by a new openness and softness that contrasts their previous works,” revealed the London label.

Their first EP, Dumela 113, came to light in a former Marshmallows factory following the filming of a film that Okzharp and the photographer Chris Saunders were shooting with Ribane in Johannesburg. While the second EP, Tell Your Vision, was conceived in a cold apartment in London after a performance, told us Okzharp last year on the occasion of their performance at the Design Week Festival in Milan.

The story is similar for the new album, Closer Apart, which began to take shape at the airport terminal during the duo’s last tour and was completed remotely in full Ribane and Okzharp style: two childhood friends who live at opposite ends of the globe–luckily for us, we have the Internet.

In this album the eclectic Ribane has also taken part in the production, as well as the writing of the lyrics and the creation of the visual identity together with Saunders.

Closer Apart will be released on the 6th of July and the first single, Dun, is already out.