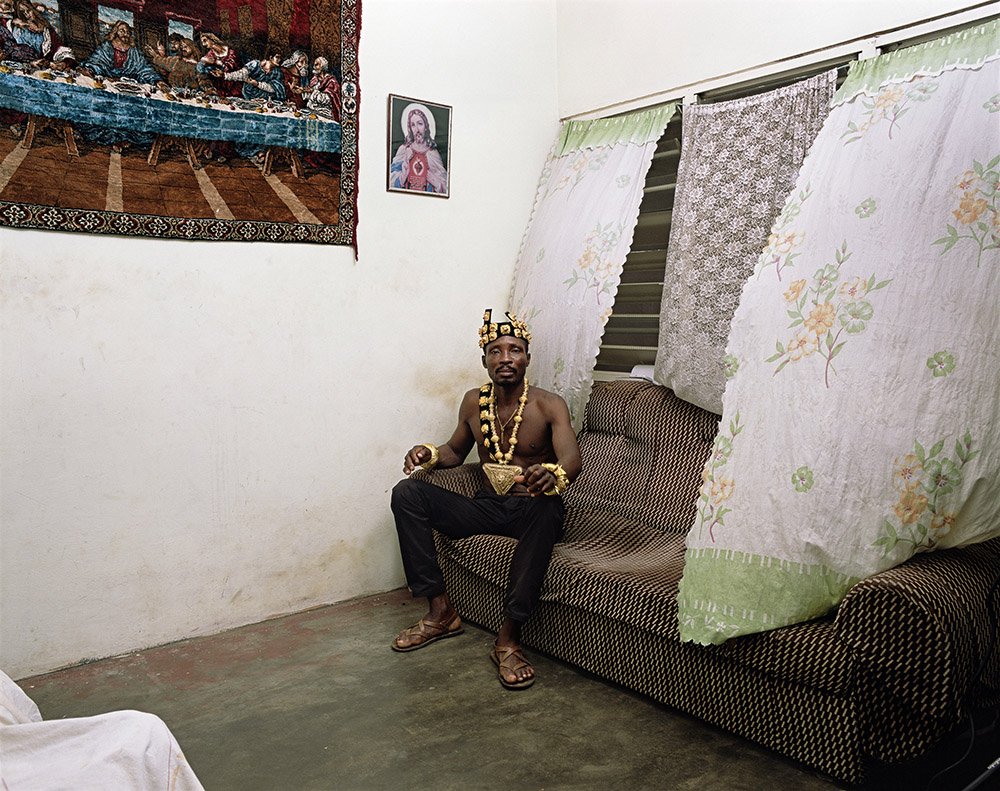 There are at least two liminal frames that offer themselves when looking at images of Black people. The first is that on a fundamental level, images generally and images of Black people in particular remind us that no matter how advanced the equipment is, image-making is always a transaction in light and shadows. Image-making technology, on its part, has been wilfully oblivious to the particular technicalities of photographing melanin. If anything, photography’s historical racial bias is still an issue today.

Whether this bias is conscious or not is an ongoing debate. However, we do know that depending on the device, facial recognition will still miss a Black face here and there, and that trying to take a family selfie when each of its members has a different skin colour can quickly turn out to be a lengthy chase for optimal lighting. Even then, photographic technology will surprise you by how arbitrarily it renders certain shades of skin, which is why being photographed—or cast—in good light (literally and metaphorically) has been the exception, not the rule, for Black people.

Photography emerged as a technology of privilege and a tool of power: which is the second liminal frame that lends itself to any reading of the Black image. Photography (and lest we forget – photographers) have produced imaginaries that still shape how Black people see themselves, as well as the frames that contemporary photography adopts in portraying Blackness: the gaze is still real. Black people are still in the process of reclaiming the Black image in a world in which it still is easier to win accolades with the Black image if you are a white photographer.

In this vein, Congolese-Norwegian artist Nicole Rafiki asks “Have you ever thought about how privileged you are to be able to own a device that you can use to create a visual memory of yourself and your life?” Her question rings particularly true for Black image production across history, as it urges us to be conscious of the archive we are building, of the necessarily documentary character of the images we make, or allow to be made of ourselves.

For formerly-enslaved Frederick Douglass, his image as a free man was key to re-asserting his humanity and his politics, which is why he eventually became the most photographed American of the 19th century.

Based on her instantly recognizable work, Lawson belongs to a short list of photographers (including Liz Johnson Artur and Zanele Muholi) who in their commitment to the Black image both as a document and as an archive, have created a distinctive signature style. Born 1979 in Rochester (NY), Lawson hails from a family for whom photography has long served as a craft, a source of livelihood or, intermittently, both. Her father, the family photographer, worked for Xerox and her mother for Kodak in Rochester, New York, where Lawson grew up. Her grandmother cleaned the home of George Eastman, who invented and mainstreamed the use of roll film.

However, her unparalleled dedication to visual resistance as a counter archive to the misrepresentation of Black people in photography is fully her own, evidenced by the way she not only finds, but manages to convince total strangers to pose for her, often in their homes and in highly intimate composure. Initially, it is someone’s presence or style, a bodily curve, facial scar, or hairdo that will grab Lawson’s attention. In these strangers, she recognizes what she calls “godlike beings” in New York City, Jamaica, Brazil, or wherever else the African diaspora emanates from or was exiled to.

Lawson’s is a form of documentary photography in which art history, portraiture, black cultural references, and a nascent critique of colonial legacies meet. For her current exhibition at Kunsthalle Basel, the largest institutional exhibition of her work to date, Lawson presents new work, including a body of large-scale photographs, holograms, 16mm films, a video, and several installations of small snapshot images, some printed on mirrors and bordered by crystal-encrusted mirrors.

Her images command a presence by their scale, most of them exceeding one metre in width. They draw the viewers into the intimate domestic spaces they portray, while paying ultimate homage to the people in the images. “Gods walking the neighborhood unnoticed and unworshipped”—as Zadie Smith writes of Lawson’s subjects—are suddenly at the center of attention in Basel: low-wage gods who work at fast-food joints, gods that shine shoes and clean floors, gods that fill American jail cells disproportionately. The white cube does the rest of the work that is necessary to create the hallowed mood that only paintings of nobility used to command.

Centropy resonates in peculiar ways in our present moment. If entropy describes the way things dissolve into chaos, centropy indicates the opposite: the electrification of matter that leads to the creative renewal that is fundamentally at the heart of the reclaimed Black image that Lawson has made a career building.

Centropy is on at Kunsthalle Basel until 11 October 2020