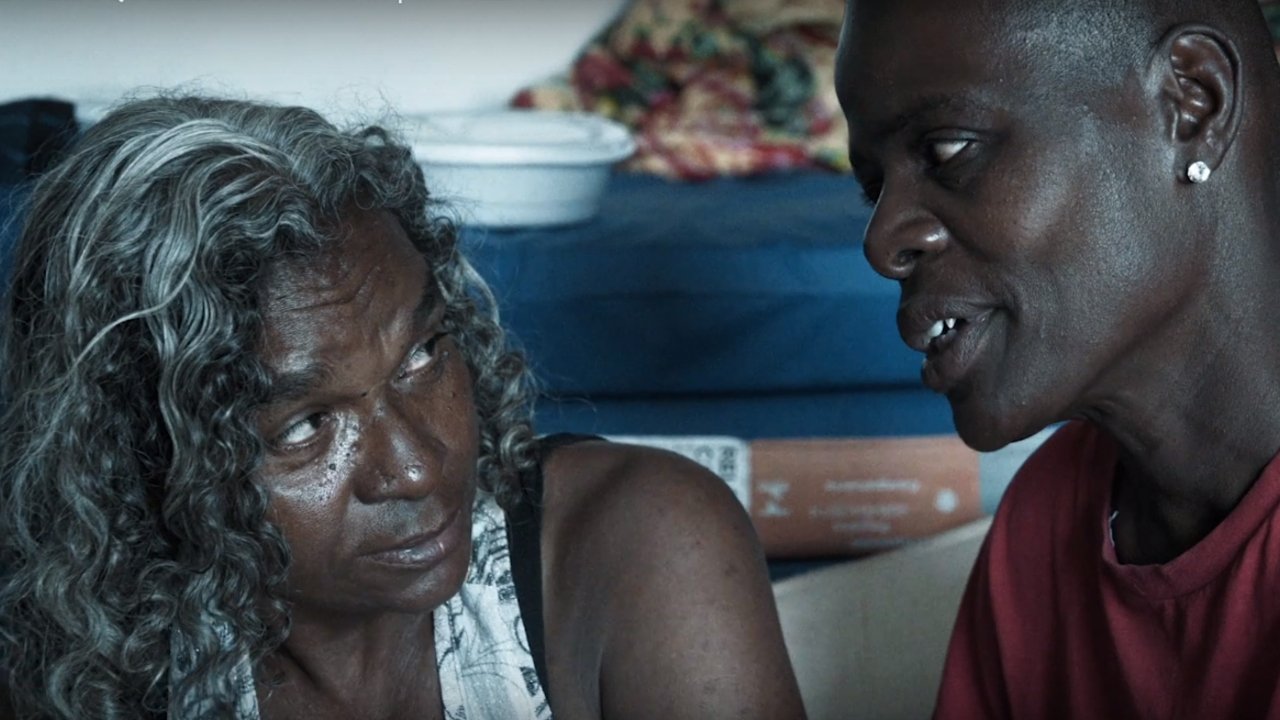 There is so much prejudice revolving around drug addicts, especially around crack cocaine users. Lost, hopeless and potentially dangerous, we rarely see them for who they are, human beings who, although prisoners of their addiction, love, dream and wish.

Maíra Bühler’s Diz a Ela que me Viu Chorar (Let it Burn) is a fly-on-the-wall Brazilian documentary film capturing with empathy and respect the broken lives of a group of residents dwelling in Parque Dom Pedro Hotel, São Paulo.

Given Bühler’s bachelor degree in social sciences and her MA in anthropology, one could have expected an intellectual piece analysing in a cold, scientific way the ins and outs of drug addicts’ lives. Instead, she proposes a humble human experience, deprived from hasty preconceived judgments.

“I’m an anthropologist and I have always been worried when people call other people “non-human”.  In São Paulo crack cocaine addicts are called zombies by the major media and common sense, and zombies are monsters, savages. The problem is that when people deal with others in these terms, human rights are not respected and that allows all kinds of violence towards the most vulnerable. We have a colonial past; we know that genocide hides behind strange “arguments” that take away from the others their human rights. So, the idea of making this film was to build counter-narratives, other kinds of images and feelings around crack cocaine” Bühler explained in an interview.

Diz a Ela que me Viu Chorar was entirely shot inside the hotel and it keeps the focus on its activities. Claustrophobic and fragmented, the space is difficult to apprehend in its entirety. Yet, the passing of time and a sense of movement is perceived through the lift scenes. Going up and down with the residents through a maze that somehow evokes Botticcelli ‘s Chart of Hell, it seems from time to time, that they do not really know where they are going. “Basically, I like to make a kind of film where the aesthetic shape of the film is not constructed before the field, but in relationship with it. It is aesthetic research, a narrative research that has to do with relating to people and trying to understand their concepts, not being a hostage to my own way of seeing and trying to open my creative process to be affected, transformed,” the director stated.

Everywhere, the camera is intrusive, omnipotent, and like a magnifying glass undressing its protagonist, in the most intimate way possible. Picturing a microcosm of a marginalised portion of the Brazilian society, Bühler portrays people deeply attached to life. People who have dreams, hopes and expectations. Parque Dom Pedro Hotel is almost a character in itself, a small world painfully built and made of complex social interactions, shared moments, bloody fights and precarious romances. With its aesthetic of hunger reminding us of Cinema Novo, Diz a Ela que me Viu Chorar is made of beautiful moments, like the scene where residents sing the classic Brazilian Maneiras by Zeca Pagodinho; or when Andrea – one of the female protagonists – and her boyfriend plays arm wrestling and then share a moment flirting in bed.

Each of the protagonists tries to overcome his or her addiction and make sense out of their lives roughly marked by crack, loneliness and despondency. They want to love and to be loved, they make projects and look at the future. Through music their souls express what the words of their mouth cannot say. Deeply human they are pursuing happiness like any of us would do.