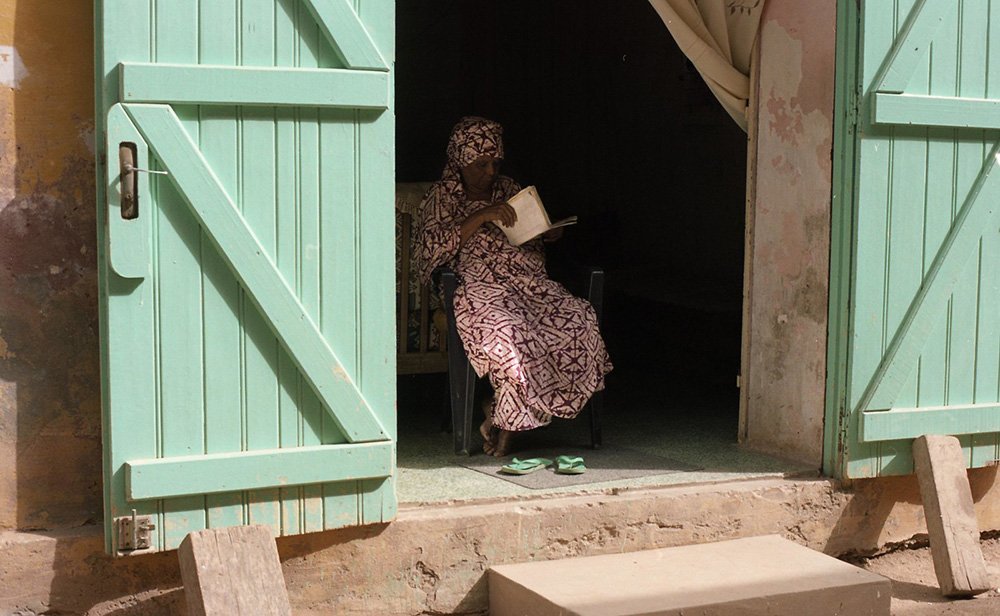 I have a fairly accurate understanding of the Senegalese education system having pursued my entire education there; from primary school right up until Cheikh Anta Diop University. I also taught there for a few years, at all levels, until I decided to prioritize my own writing. From this vantage point, it is possible to start asking the right questions though without necessarily realizing it. What is the difference between what I was learning at the university in Dakar at the end of the 1960s and what we are teaching the Senegalese youth now after six decades of independence? I have successively taught at Gaston Berger University in Senegal and at the American University of Nigeria, and this has also helped me to discern the differences between two African countries respectively referred to as French-speaking and English-speaking. Indeed, the appropriateness of such descriptions is highly questionable but it allows us, even if somewhat crudely, to delimit our field of analysis.

A superficial observer might find the two education systems radically dissimilar. They are in some respects but there are several fundamental similarities. In Senegal and Nigeria, African authors are taught from the start of schooling, yet the authors have remained almost the same since independence: Leopold Senghor, Mongo Beti, Ousmane Sembène, Ahmadou Kourouma, Ferdinand Oyono for the “Francophones,” and Ngugi wa Thiong’o, Chinua Achebe, Kofi Awonor or Ayi Kwei Armah among the English speakers. Very often, there is a tendency to explore only one book by a writer rather than the writer’s unique literary universe. The high school students thus enter university having great familiarity with the plot and the characters of A Grain of Wheat, Things Fall Apart, God’s Bits of Wood, The Suns of Independence, and so on. This is excellent, but it also gives the impression of lifeless literary knowledge that has been passively absorbed as if to be regurgitated for an exam. And then it is forgotten forever, especially when one moves on to professional activities unrelated to literature. Thus, they can recite Senghor’s Black Woman and Joal by heart while knowing almost nothing about the author himself or the context of his poetic creations.

We must note the irony of this situation. After relegating French and British writers to the background, the periphery is content with systematically revalidating the center by teaching the precise African writers who are recognized at the center. By center I mean Paris, London, or New York. I find this to be a really fascinating situation. In their search for literary legitimacy, African authors, writing in French or English, often focus on themes that are likely to appeal to Western readers, and this also makes them write in a certain way. At the heart of it, this translates to a fabricated repetition of the West’s clichés on terrorism or immigration, to name two “timely” themes of the moment. Such works then end up being part of the African school curricula, despite the fact that they are intended for the Western public in terms of their content and form. Sadly, what might give an impression of political advancement becomes a source of confusion.

The truth is, it is the Western idea of Africa that is more frequently taught than Africa itself.

The work of “recentering” as Ngugi would say, is very welcome. Without obscuring the contribution of the diaspora, African literary studies should give more and more space to writers living on the continent. Local authors exist but no one sees or hears them. For example, there is a sense that all the literature of Burkina Faso is limited to the single author, Monique Ilboudo. For Chad, it’s Koulsy Lamko; for Guinea-Conakry, its Tierno Monénembo and Williams Sassine, and so on. Even when we talk about Senegal, Ivory Coast, or Cameroon, the number of authors considered is very low and in no way reflective of the literary effervescence of each of these countries. I know that in Nigeria, the situation is different. The powerful attraction to the global North obviously remains important there through the media and its academic institutions, but national authors are neither ignored nor despised. It seems to me that the same can be said of Kenya, though I know less about it.

Finally, I would like to raise a point that is crucial to me: African authors only appear in school curricula based on the language they are writing in. Thus, young Nigerians know nothing about Cameroonian or Ivorian authors and vice versa. When I introduced my Nigerian students to novelists like Bernard Dadié, Mongo Beti, and Ahmadou Kourouma, they were initially taken aback. Reflecting his classmates’ mindset, a student asked me a somewhat surprising and fascinating question: “Why do we have to study David Diop and Emmanuel Dongala when this is an African literature course?”

In reality, this reaction was mostly to do with the fact that they had never heard these names and did not know how to fit them into their mental patterns. I believe that one of the very few African authors writing in French that they all knew is Mariama Bâ. But the misunderstanding dissipated quickly because these Nigerian students found themselves on familiar ground and discovered, not without a sort of wonder, that there were no perceptible differences to the thematic and aesthetic points of view between Nigerian writers and their Congolese counterparts. For example, it was easy to establish connections between Kourouma and Tutuola, Ngugi, and Cheik Aliou Ndao.

The last two authors, in particular, have been contesting the preeminence of English and French, the two colonial languages, as tools of literary creation and teaching. I believe that discussions on curricula should not remain trapped only in conversations about the content of literary works. They should also explore all the components of the languages chosen by the African universities for teaching literature.

A wonderful teaching experiment has been taking place in Pulaar and Wolof at Gaston Berger University in Saint-Louis, Senegal, and in fact, I was one of the instigators. It has been exceptionally successful, and this has pleasantly surprised everyone. For the first time in the history of Senegal, a university is training specialists in Pulaar and Wolof at the highest level. I was the very first instructor to offer Wolof language and literature courses there, which means I’m in the position to declare that the emancipatory rupture will require a reappropriation of the world in African languages. I could clearly see the relief in my student’s eyes and see how seamlessly reality had become intelligible to them.

I’m not saying that this will be easy: the complexities of our painful history and the radical nature of colonial destruction manages to make every task thankless to the point of seeming insurmountable. The decolonization of the mind can only become the order of the day if it can engage African languages as the conduits of knowledge. In my humble opinion, it is the only measure with true historical import.

This article appeared in its original version on October 28, 2020, on Africa is a Country, titled “Decolonizing African literature begins with language“, by Boubacar Boris Diop. Boubacar Boris Diop is a Senegalese novelist, journalist and screenwriter. Diop’s career to date includes six novels in French and one in Wolof.