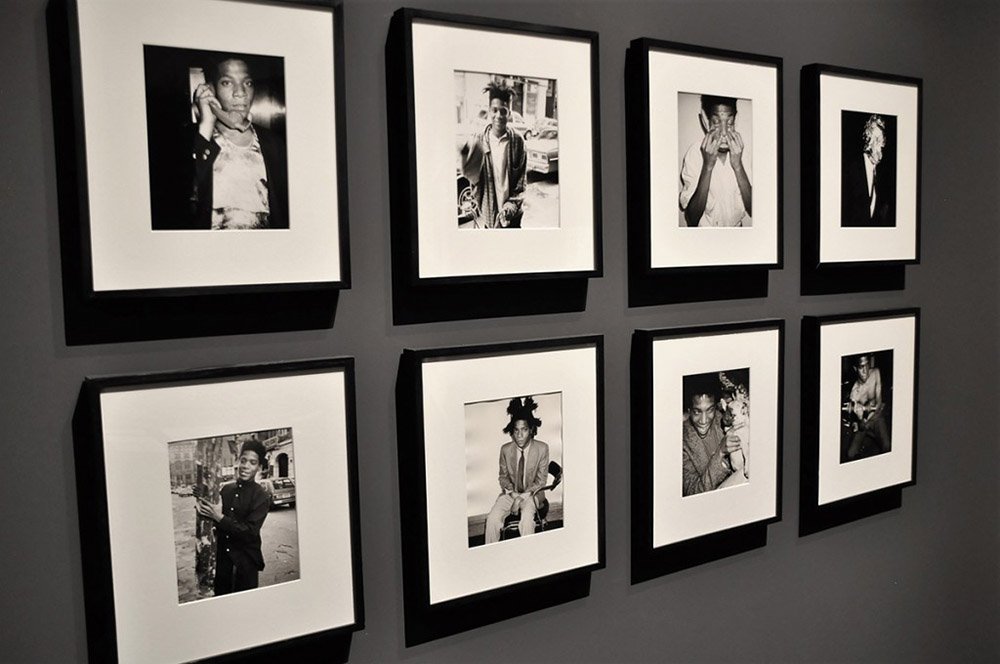 Jean-Michel Basquiat’s legend precedes him. It always has since he first emerged as one of the incognito masterminds behind the duo called SAMO that made witty graffiti statements on the streets of New York City. After single-handedly “killing” SAMO by spraying “SAMO is dead”, inducing a split with his partner Al Diaz, Basquiat as we know him emerges a solo Artist. He swiftly makes his way from spraying in the streets to exhibiting in major galleries and museums in a span of just ten years.

The highly anticipated retrospective, Boom for Real which is on show at the Schirn Kunsthalle in Frankfurt until 23 May 2018, features most of his iconic work. Basquiat returns to Germany for the first time since he broke a record in 1982 for being the youngest artist ever to show at the Documenta in Kassel. In an 1985 interview, Basquiat is asked if he is angry. Calmly, he responds that he is. When asked what he is angry about, he is contemplative, almost smiling back to the interviewer while he withholds his response for a while before saying that he doesn’t remember. In contrast, Basquiat’s oeuvre reveals some of the things he felt strongly about, alongside a stunning recollection of human and art historical references.

As part of SAMO, his message in quotes such as “SAMO as an alternative 2 playing art with the “radical chic” sect on daddy$ funds” is subtle, but clear. Later in his career, he remains subversive, but adds an uncanny confidence in his own visual and artistic language that confuses many critics: Is this boom for real, or just hype? Where did Basquiat learn his art? In an otherwise empty-ish piece Basquiat states:  “Thesis. Various studies of human anatomy and world history” on it, alluding to their questions and creating the greatest monument to autodidacts ever made. The complex layers and wealth of references are often blatantly hidden. Many of them continue to be overlooked to this day, feeding the oxymoronic myth of Basquiat as a talent-free wunderkind. The exhibition attempts to address this by revealing some of Basquiat influences, such as a well-known anatomy book in the US, astrology, Picasso and even hobo signs and symbols. In the Basquiat presented here, one finds a treatise of fame, justice, music, baseball, death and even British colonialism. He references places such as Mississippi, Ghana, Mali and Haiti, as well as people such as jazz legend Louis Armstrong, leader of the Haitian revolution Toussaint L’Ouverture, and Michael J. Stewart, a fellow artist and friend who was fatally beaten up by police in New York. Ingenuously, the name of the exhibition is derived from the detail of Basquiat’s iconic black crown painting. In many ways, the fact that Basquiat was self-taught is an indictment of racist attitudes in the art industry, especially tropes to the effect that Basquiat was extraordinary in spite of his age and Blackness. On one hand he was given the noble savage treatment. His work was described as “primitivist” and–despite his portfolio–he was referred to as Andy Warhol’s Mascot, which deeply hurt him. On the other hand, his oeuvre was still recognized as a game changer. This paradoxical, paternalistic and infantilising love-hate relationship remains to this day. At this particular exhibition, a man casually eschews Basquiat’s context of work and personal struggle as a black artist and incredulously suggests to his very young daughter that she can pull off a Basquiat: “all we need is some paint, a canvas and some brushes, huh?” All in all, three decades after Basquiat’s transition, the Schirn provides an important retrospective that honours Basquiat and rekindles interest in his life’s work. Although he has consistently remained a major influence to global pop culture since the 80s the show comes as an important marker in Basquiat’s legacy. The retrospective contextualizes Basquiat’s body of work in a contemporary setting where conversations around diversity and representation in art are re-emerging, and where the art industry is still clumsily finding its bearing in a socio-politically turmoiled word. Basquiat’s underlying confrontation of the power structure is put in direct conversation with these realities in Germany and around the world. All images | by Eric Otieno