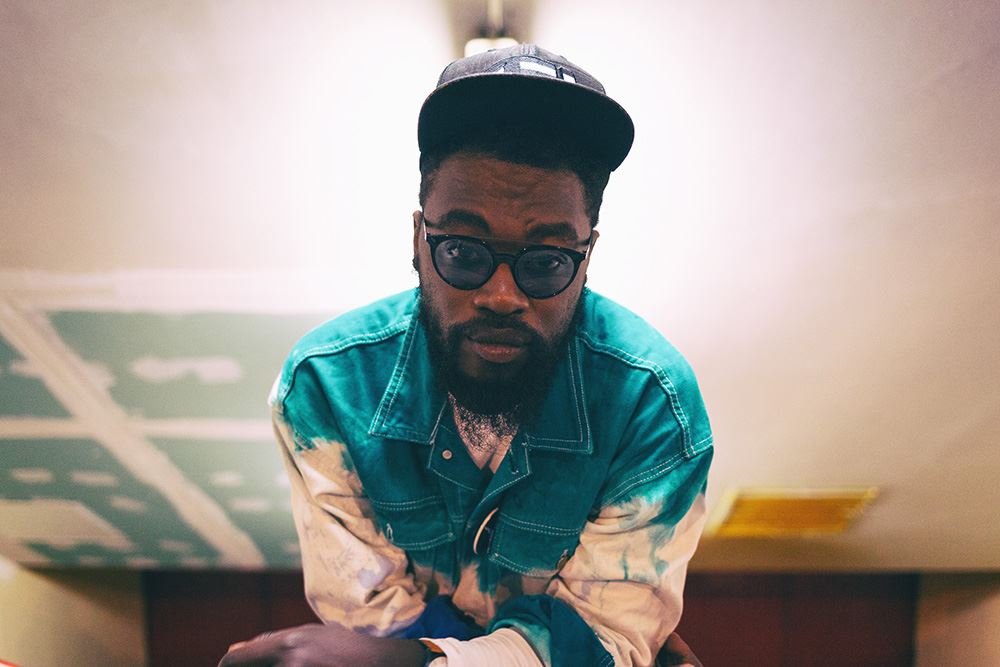 For his third video off his debut solo album, Blinky Bill has outdone himself, channelling vintage nostalgia in the service of a gospel track that celebrates Nairobi’s people. Taking the “If you know you know” motto seriously, he even convinced a legendary sports anchor who has been on Kenyan radio for over four decades—and in reluctant retirement since 1997—to make a cameo. Mungu Halali’s (God isn’t asleep) visuals are produced by long-time collaborator and award-winning film director Mbithi Masya.

“I’d been talking to Mbithi about working together on a video and he wanted to work on this particular song and I felt that it was a good fit because his eye is amazing,” he says about how the idea of the video came about. “The brief that I gave him was for something simple and earnest that also represents the city of Nairobi and captures the spirit of the song which is an ode to God.”

Though he released his debut solo album Everybody’s Just Winging It And Other Fly Tales in 2018, Blinky Bill—legally Bill Sellanga— has been making music for over sixteen years with Just A Band, a “…kenyan somewhat-experimental, DIY, geeky boy band who are taking it one day at a time” as their Bandcamp bio reads.

The Band took a break in 2016 to pursue solo projects and Blinky took the time to put some solo work out, including a 2017 EP We cut keys while you wait, and his debut album. So far, the reception has been “amazing” he says, “My hope for it [the album] was that people connect with it”. Fans have been giving him positive feedback almost daily, which gives him “great joy” he adds. Playful visuals and tongue-in-cheek lyrics have always been part of his music. In his new album, however, Blinky Bill is keen to give us the whole breadth of his repertoire. The self-produced album is a testament to his commitment to his own unique sound, proving once and for all that “African music is only African because of the person who makes it, not because of the way it sounds” as he mentions in a 2017 interview.

Take Winner for instance, with its feel-good vibes and singalong hook, or Feeling It and Atenshan, groovy dancefloor jams with an eclectic mix of lyrical prowess. Then there’s I’ll care more next time and Lwanda Magere which manage entirely without lyrics. While the former includes a serious dose of video-game nostalgia, the latter is a sonic homage to the legend of Lwanda Magere or Blinky Bill’s very modern invocation of his spirit. Blinky also gets some great people on board for collaborations. Oh wah with Noirwave royalty Petite Noir and favourite Nneka is a complex, vocally rich melange merging seemingly disparate musical languages together beautifully. Let that go with Sampa the Great is sumptuous to say the least, revealing a formidable synergy between the two artists. For Showdown and Mungu Halali Blinky collaborates with EA Wave’s Mvroe and Kiwango as well as leading singers Sage, sisters Sarah and Wambui Mitaru and Lisa Odour Noah. Happy creatively remixes Asa’s 2011 track Why Can’t We, setting the stage for a neat track. For Don’t Worry, the second video off his debut album, Blinky invited celebrated Kenyan photographer Osborne Macharia to collaborate.

Having spotted all three members of Just A Band in some of the behind-the-scenes images of the video-shoot, one can hope that their hiatus (from which both Blinky’s album and Masya’s film Kati Kati have emerged) is slowly coming to an end. Blinky asserts that they are still down as friends: “we are still in touch and very supportive of each other’s solo projects, we shall see how everything goes from there soon enough.”

Having been one of the pioneers of experimental electronic music on the continent, Just A Band’s immensely fresh take is hard to forget. The kaleidoscope of both local and global influences that easily merge into their edgy quintessentially Kenyan aesthetic is definitely here for posterity, but we surely won’t mind more. Meanwhile, we are elated that Blinky Bill has served enough “Fly Tales” to keep us busy.