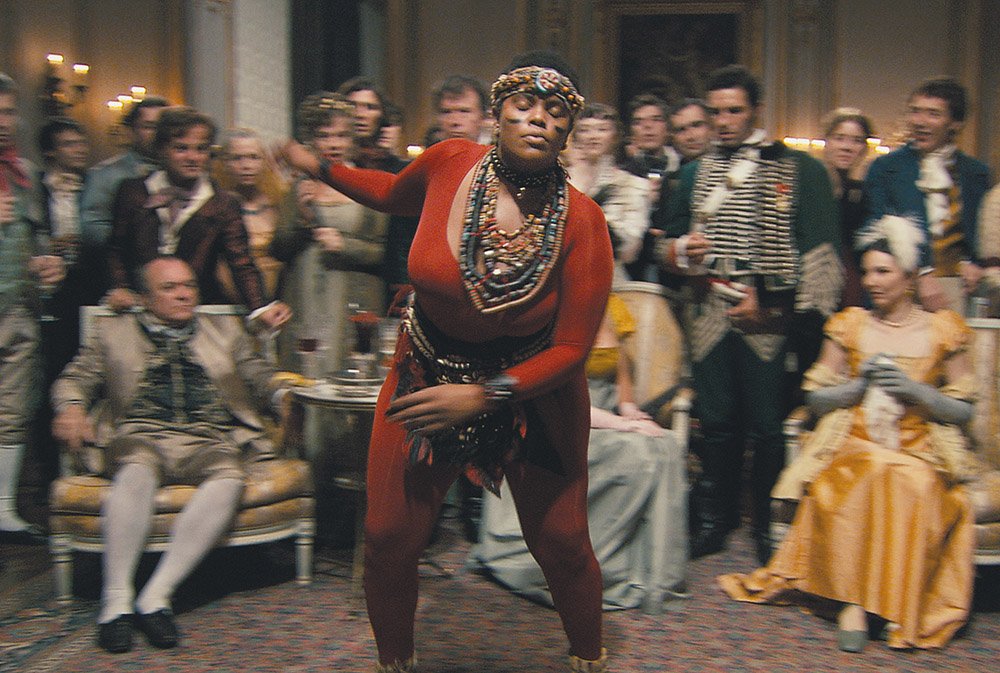 Born on 29th December 1789, she was called the Hottentot Venus, but her name was Sawtche, better known as Saartjie Baartman. Object of all kind of fantasies and imagination due to her large buttocks and her elongated labia, the most famous Khoikhoi woman was the star of a freak show in early nineteenth-century Europe. Telling her story without drowning it into an ocean of pathos was a challenge the Franco-Tunisian Palme d’Or winner, Abdellatif Kechiche, was not afraid to take up. Shot in Afrikaans, Dutch, English and French, Black Venus (Vénus Noire, 2010) begins in 1817 and portrays the last years of Saartjie Baartman (Yahima Torres), a young South-African domestic who in 1808 left her native land with her master Hendrick Caesar (André Jacobs) to become an actress in Europe.

Embodiment of the colonial gaze, Saartjie’s story begins at the Royal Academy of Medicine in Paris. The famous French anatomist Georges Cuvier, advocate of scientific racism, introduced the young woman to the European public as the Hottentot Venus, the missing link between men and apes, while presenting her dissected rests. Turning the clock back to a few years before her death, we discover the struggle of a woman who was hoping to find fame and fortune in Europe. Even though Saartjie attempted to take control of her life, she was deceived by the ambition of her master who started exhibiting her as a freak in a grotesque show as soon as they arrived in London and ended up being victim and conscious actor of her own tragedy. Touched, caressed, even pinched like a wild animal, she would be humiliated in front of an audience hungry for sensations. Choked by the spectacle and the apparent suffering of the Hottentot Venus, a group of abolitionists brings her case to court, where she publicly acknowledges that she is a free woman and an actress and not a slave. The trial is a key moment in the film for it marks the beginning of her descent into hell. By using an estrangement effect, Kechiche enlightens the Khoikhoi woman’s motivations without over-victimising her. Free and enslaved at the same time, she is finally brought to Paris against her will by her master/manager and his friend in order to mimic savagery and expose her body in aristocratic Parisian libertine salons. Curiously, Black Venus is probably the only French historical film showing a black woman performing the lead role. Nominated for the Golden Lion at the 67th Venice International Film Festival, it openly tackles the consequences of scientific racism over the perception we have of non-white women. Despite some vainly long and repetitive moments and its documentary visual style, Black Venus is an interesting piece decrypting various aspects of colonial imagery. Broadly acclaimed at the time of its release, Black Venus is a film conveying a profound sentiment of malaise while it shows the origins of exotic fetishism.

The biggest challenge for a spectator watching Black Venus is to understand the character’s state of mind. Thin dialogues, the overuse of onomatopoeias and very long sequences of surgical silence make it difficult to build a strong emotional connection with the character. Like Georges Cuvier’s student, we are trapped in a scientific and dehumanising objectivity and we are not allowed to show compassion until the very end. Voyeurs among the voyeurs, we contemplate the Hottentot Venus with fascination and aversion. Plunged into a world where slavery is still a strong reality, we become the colonist for almost two hours, while the camera—always distant but greedy of perverse details—personifies the ruthlessness of the colonial gaze.