Led by Shabaka Hutching, Sons of Kemet redefine and reaffirm what it means to strive for Black power in the new album Black To The Future 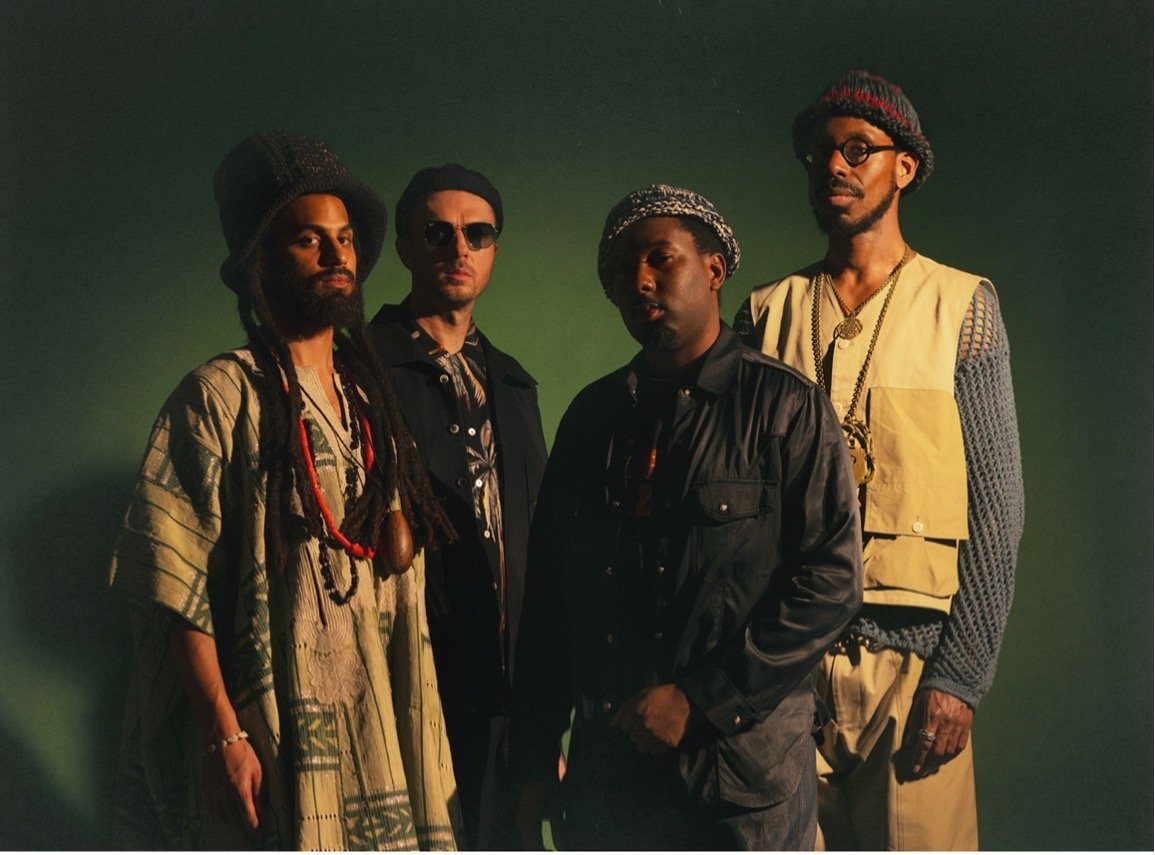 Joining link among the most brilliant names in the international jazz scene, Shabaka Hutching is with no doubt one of the most exciting and forward-thinking musicians to follow.

Currently leading some of the most influential bands in the international contemporary jazz scene, the saxophonist and clarinetist is the leader of The Comet Is Coming, Tomorrow’s Warriors, Shabaka and the Ancestors and Sons of Kemet.

With the latter, a group founded in 2011 consisting of Hutchings, Tom Skinner, Theon Cross, and Eddie Hick, he has just released a new album titled Black To The Future. Recorded after the killing of George Floyd, this record is filled with pride, joy, but also anger, channelling the collective experience of healing through music, of mourning, rejoicing, finding strength and solace, to keep surviving through the struggle.

In this new musical endeavour, Sons of Kemet celebrate the Black experience using their jazz signature sound, spoken-word poetry, New Orleans Second Line, as well as the infectious sound of the drums and colourful brass melodies of Afro-caribbean dance and carnivals blended in an ever changing dub, dancehall and ska fusion.

In Black To The Future lyrics and poetry are part of the whole as the instrumental dialogues and conversations which evolve throughout. Joshua Idehen, poet, singer songwriter and poet, leads the opening song of the album, Field Nigus, a candid and tense track with states immediately the purpose of the musical journey that is about to begin: “redefine and reaffirm what it means to strive for Black power,” as Hutchings writes in the album’s sleeve note.

“The meaning is not universal and the cultural context of the listener will shape their understanding…[but] the overarching message remains the same: for humanity to progress we must consider what it means to be Black To The Future.”

Pick Up Your Burning Cross is the perfect follow up to the compelling tension of the opening track: a joyous hymn which will not allow you to sit still.  Featuring Moor Mother and Angel Bat Dawid, this was a song made to dance the pain away, and “to reconnect with ancestral energies by confronting your fears and insecurities,” as the caption for the visual suggests.

The captivating beat breaks down just to start again with even more groove and energy. Born in London to Barbadorian parents, after a few years in Birmingham, Shabaka Hutching’s family moved back to Barbados to spare him the racism, the violence and ultimately the pain of growing up in Britain. Think of Home is not a song, but a painting, a trip to the Caribbean. The smells, the colours, it’s all there, encapsulated in this eloquent dancehall jam where the brass and the percussion do all the storytelling.

In Hustle, Kojey Radical raps the hustle and the struggle of Black people with Lianne La Havas softening and sweetening the dub vibes of this track with her soulful voice. A contrast also emphasised in the video of the track directed by Ashleigh Jadee where “two dancers represent the duality present within any struggle to transcend internal limitations – until differing elements of the self are reconciled and act in unison.”

The infectious groove of For The Culture featuring the iconic grime MC D Double E leads to the mellow slow jam of Never Forget The Source. While In Remembrance of Those Fallen carries the sense of sadness and melancholy the title precisely describes. Long notes that take your thoughts straight to the names, the faces that have become part of our lives and of history for all the wrong reasons. But Let the Circle Be Unbroken adds a new sense of awakening, a march to prepare for the battles ahead in which Shabaka’s sax gets into an extraordinary frantic quarrel with the drums that well expresses the lack of space, of air; the instruments cannot breath, the listener cannot breath with them, until the last snare hit.

The slower calypso-reminiscing beat of Envision Yourself Levitating creates the vibe of a muggy rainy day where the rich broken beat of the percussion and the layered brass uplift the mood as the Sons of Kemet levitate in the clouds.

Almost coming to the close of the album Through The Madness, Stay Strong is the mantra that we have kept repeating ourselves for quite some time. Introduced by an irresistible beat joined by the flute and the clarinet, the rolling groove of this track moves your core, it pushes you to keep going.

Joshua Idehen is back for Black, the closing track, another manifesto which reiterates Shabaka Hutching’s idea: “What is it to be Black in any of the centres of oppression? We have to bring the issue to the surface and find a way to move forward with it.”

Listen to ‘Black To The Future’.