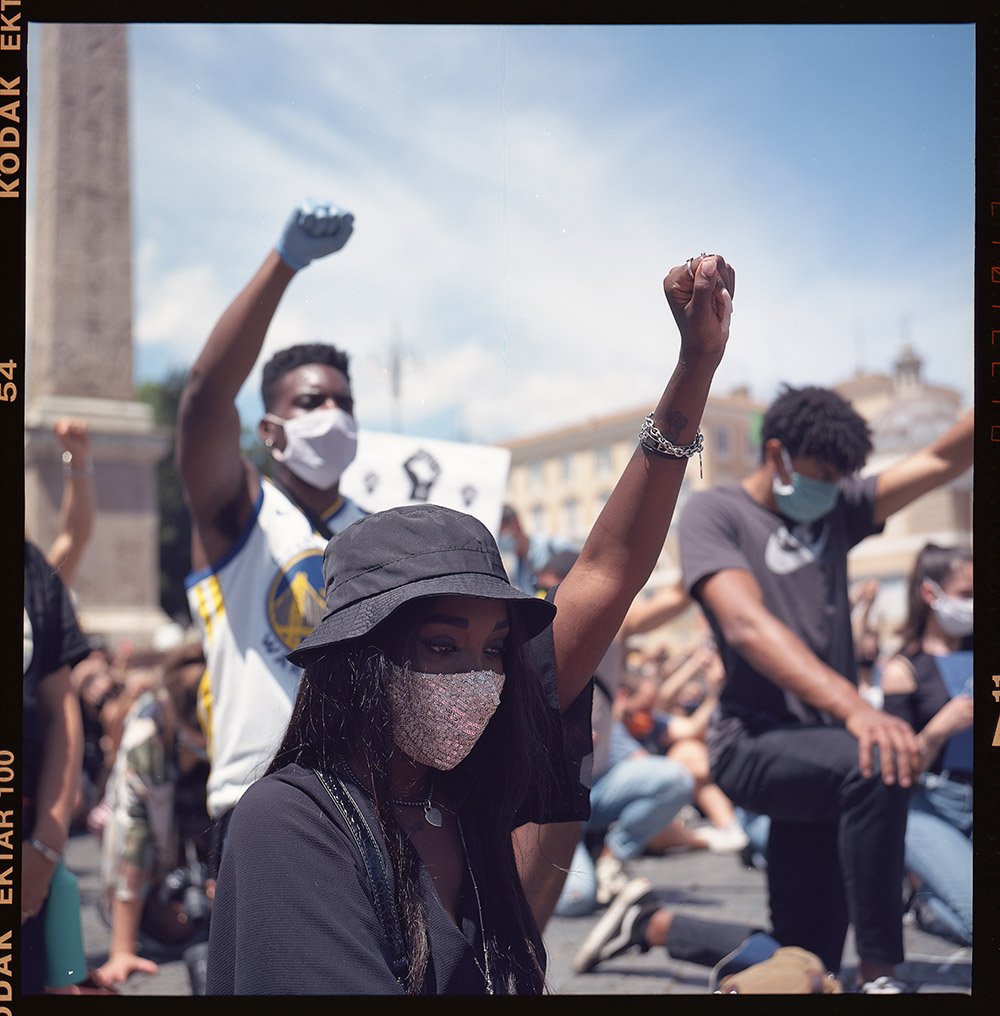 All the images © Lilia Carlone

Fists raised to the sky, chanting, signs, and a lot of powerful speeches to say Stop to racism. Following-up on the protests erupted throughout the United States after the killing of George Floyd, thousands of  people gathered in Piazza del Popolo, Rome, to say stop to racism, discrimination, exploitation and oppression, not only in the United States but also in Italy.