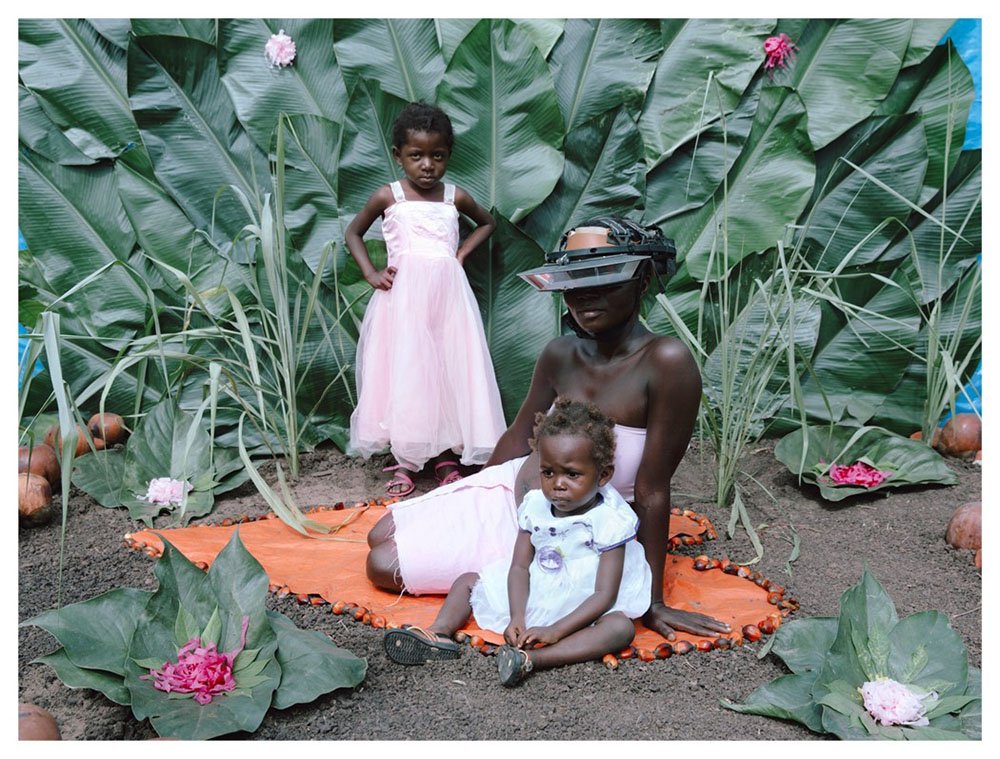 The Belgian-Congolese artist Baloji has a new album, and it’s a hella reason to be excited, because it is sonic innovation at its very best. The fresh, fourteen-track album was released on 23 rd March to considerable critical acclaim. In case you are wondering, 137 Avenue Kaniama is an actual address.

Speaking to Dazed regarding the album’s name, Baloji says:”It’s me being playful for some shitty reason. It was inspired by me reconnecting with my mum after 25 years. She sent me this letter, and I went searching for her address. I couldn’t find it and the street looked like a dead-end, so I asked for directions. I was told, ‘You just have to keep going!’ That stuck in my mind. It was so strong, and became the foundation for my album. So then I walked for five minutes and the street was getting smaller and smaller until I found the right number, 137.” To be quite honest, we knew good vibes were on their way back in January, when Baloji released the first single off the album entitled Soleil du Volt (Electric Sun). The single was accompanied by stimulating and vibey visuals which, likewise, are taken from a longer video named Kaniama Show, a satirical short film which addresses the power of television in shaping opinion and general sentiment in the public sphere. In the video, Baloji and his band, dressed to kill in a zoot Suit and Gelee ensemble—a common headdress for women in central and western Africa—dance to the beat in what appears to be a live late night tv performance. The songs’ name serving as a homage to the residents of the Lubumbashi of Baloji’s childhood, who always found innovative ways to—literally—stay lit when the government rationed their electricity. An absolute gem off the new Album is Peau de Chagrin/Bleu de Nuit (Heartbreak/Midnight Blue). One of the reasons this song is a gem is the interplay between Baloji’s and Klody Ndongala’s vocals. On this sublime collaboration, Baloji notes: “Yes, Klody Ndongala! He’s 60-something, but sings like an angel. His voice is outstanding. He used to sing with Papa Wemba, this Congolese singer. He’s been in Belgium for the last 25 years, and sadly nobody has really cared about his work. So I invited him on my record for three songs.” Anybody whose parents listened to Papa Wemba will realise in an instant why this album is so innovative. Baloji combines the very unique falsetto sounds of Congolese music with matching visuals and a sonic reinterpretation which make the layered tracks come alive in novel ways.

The visuals for the song, shot at the “Lusanga Post Modern plantation” are an epiphany on the double-edged sword that is post-modern love. See for yourself:

My East-African upbringing has made me unduly biased towards one particular track on the album, which I consider my personal favourite: Track number four, Ensemble (wesh) creatively and succesfully meshes a soukous vibe with Balojis vocals, making it both upbeat and danceable as well as an ingenious reinterpretation of a sound that many have come to know and love.

Admittedly, some knowledge of French will go a long way in understanding Baloji’s lyrics, but it is hardly an argument not to listen to this album, as it has something to offer for anyone with rudimentary musical literacy. Tracks like Ciel D’encre (Ink Sky) or L’hiver Indien (Indian Winter) while different, are both very easy to love, attesting to Baloji’s musical versatility. In addition to fresh-to- death innovative music, 137 Avenue Kaniama is the gift that keeps giving. It has a wealth, breadth and depth of sounds and accompanying visuals that could (and do) stand on their own, but that also go a long way in lending the album its signature relevance and honesty with regard to current socio-political as well as emotional contentions both within and outside the self. Baloji has done his homework, and demonstrates a contemplative understanding of a wide array of contemporary issues, which he creatively weaves into his lyrics and visuals, as well as the creative process that has ultimately led to this incredible album.