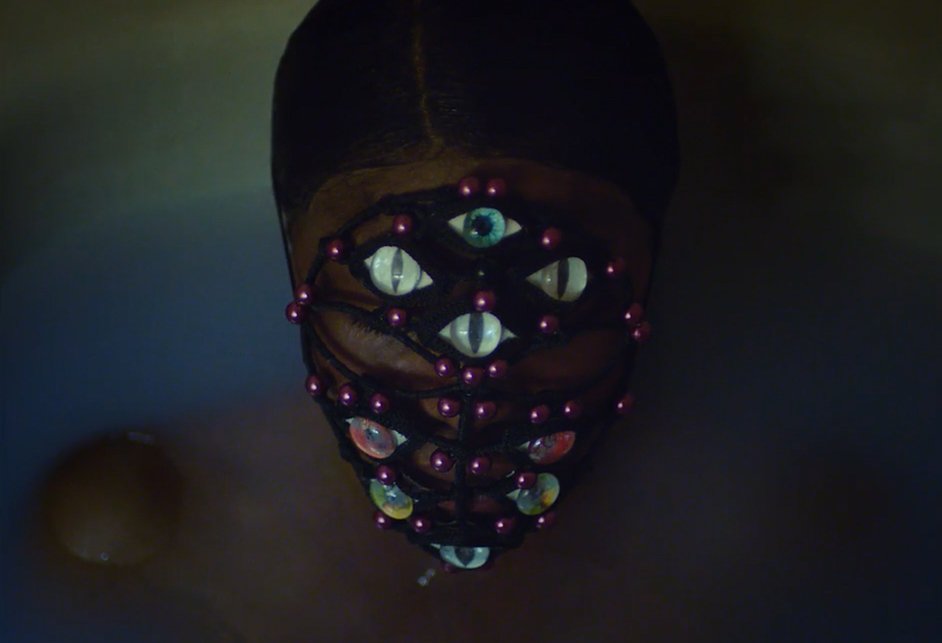 Still video from Never Look At The Sun

Imagine a woman facing a mirror, surrounded by beauty items; a powerful, common image. It is ritualised: the mirror is a women’s best friend and worst enemy at the same time. Reflecting what she adores and despises most, she cannot escape this routine that forces her to face the ghost of unattainable beauty ideals.

“Bleaching is never done to reject Black or African identity, but to decrease the effect their skin has in society,” says Congolese-Belgian hitmaker and visual artist, Baloji, about his short film Never Look At The Sun. It is a powerful visual cadenced by Baloji’s own songs. This short celebrates the shades of Blackness and has lost none of its brilliance since it was released one year ago. Its frames are virtuoso and its visual poetry arresting with eccentric DIY costumes matched with high fashion pieces and Thandi Loewenson’s words:

“We are told that you should never look at the sun. It’s beauty of furious violence of light, beyond our meagre abilities.”

Beautifully narrated by decolonial thinker and race relations speaker, Dorrie Wilson, and edited by Bruno Tracq, the film reveals the mysteries of the skin bleaching ceremony of a young dark-skinned Black woman. Half-Black and half-light, she is a priestess on the path to lightness, guiding the audience through her esoteric journey, which leads her to beauty perfection and whitening purity. It is a painful and violent voyage, and it is necessary.

Designing a strong but non-judgmental statement, Baloji tackles the issue of skin bleaching, capturing the counterintuitive process of negating Blackness as experienced by Black women. It plunges the viewer into a world of shadows and high contrasts, where beauty is trapped in the pale reflection of a Eurocentric acme of beauty.