Baby Esther | The Harlem Singer Who Made Betty Boop Famous 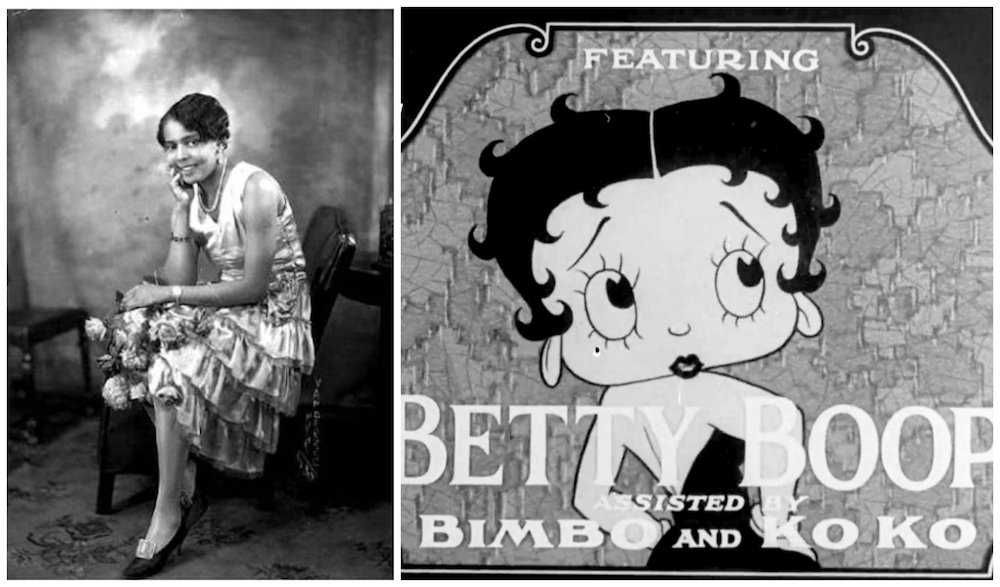 Cinematic icon and first animated sex symbol in history, Betty Boop is one of the dearest cartoon characters to pre-millennials and baby boomers. How to forget Betty in Who Framed Roger Rabbit in the role of the depressed cocktail waitress, as she shouts “Cigars! Cigarettes!” before introducing Jessica Rabbit’s breathtaking performance to private detective Eddie Valiant (played by the great Bob Hoskins)? And to the 90s’ kids, especially the Gen X girls: who has never rocked up to school in Betty Boop’s accessories, like backpacks, pencil cases and notebooks?

Created in the 1930s by Max Fleischer, Betty Boop is an icon that, despite the decline in popularity, still exists (and resists) today, being both historically and socially one of the most interesting cartoon characters in animated cinema. Nonetheless, Betty Boop has always been a very controversial figure for many reasons. Mainly, her overwhelming femininity which, although at the time may have seemed an indication of female empowerment and self-determination, unequivocally highlights the misogynistic logic of patriarchal society: just think about the constant attempts of almost all male characters (including animals) to peek under her skirt. As a matter of fact, the great success of Betty Boop, since her debut in Dizzy Dishes in 1930, is due to her captivating look: high heels, revealing clothes and a stocking garter always sticking out, even if in this first version she is depicted as a French Poodle which was probably based on the appearance of actress Helen Kane.

Betty Boop was transformed into a human only in 1932. She appears for the first time with her iconic look in the short Any Rags (1932), but in 1934 the sexy outfit that had made her famous was changed as a result of the National Legion of Decency Production Code that limited sexual references in motion pictures. That’s how her character—now an unmarried career woman with a boyfriend named Freddy—began its decline and returned to the spotlight only in the ‘80s thanks to cameos like the one in the Zemeckis’ film, and thanks to the commercial success of the Betty Boop brand.

However, the real fun fact of the various events related to Betty Boop’s history—although it would be better to call it a scandal—is not only linked to her appearance, but above all to her signature baby style. Characterised by the phrase “Boop-Oop-a-Doop”, this style was invented by a black Harlem jazz singer named Esther Lee Jones, born Gertrude Saunders aka Baby Esther, who in the 1920s used to perform in various nightclubs in Harlem, including the Cotton Club.

When in May 1932, Helen Kane sued Max Fleischer and Paramount Publix Corporation for deliberately creating a caricature that exploited her personality and image, things didn’t go as the actress had expected, because thanks to the testimony of Baby Esther’s former manager, Lou Bolton, it was proved that Kane herself had copied Baby Esther’s baby style after seeing her perform in April 1928 at the Everglades Club on Broadway. According to Bolton, Baby Esther debuted with her particular baby style in 1928, and Helen Kane adapted the scat sounds she had heard and used them in “Poop Poop Padoop” in the musical Good Boy, and in “I Wanna Be Loved By You”, a song that made her famous overnight.

In 1930 Baby Esther was chosen to represent African-americans and the United States of America during a European tour with Josephine Hall, but despite the trial, she received no recognition for initiating a style that jazz artists from all around the world have cultivated for over a century. Today Baby Ester—a black woman—is known as Betty Boop’s “grandmother”, but the series of cartoons that made this character famous—and that we prefer not to share because of the horrible stereotypes it contains—fully represents the arrogance of the racist and sexist society in which Esther Jones grew up and that robbed her of the maternity of one of the most influential styles in the history of jazz, in perhaps one of the most exemplary cases of cultural appropriation in modern history.