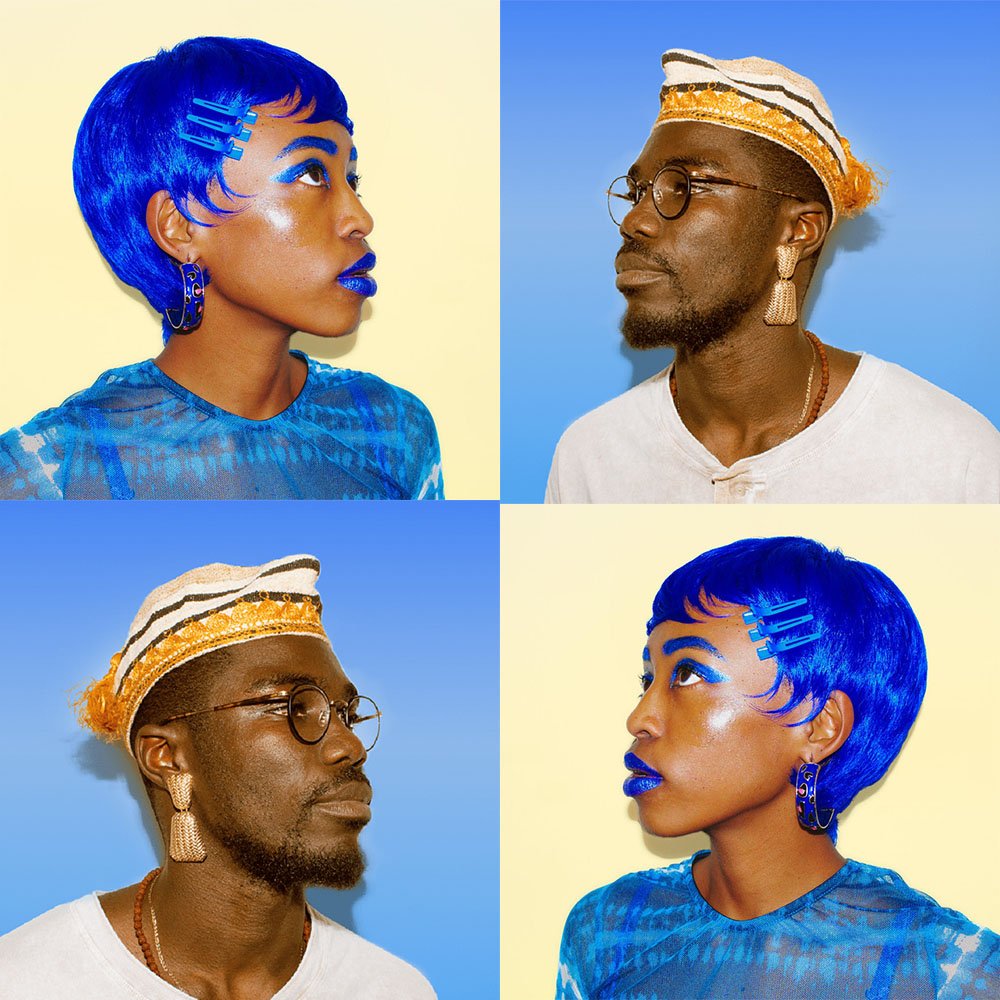 ‘Good things take time’ is in many ways a (re)tired cliché, time being the one thing that nobody seems to have—or make—these days. This is why a new tape from Johannesburg-based duo B_U (Be You) is set to be a solid reminder that sometimes, it does take time to create something good, especially in a music industry that is hopelessly addicted to novelty and speed.

South African performance artist and vocalist KoekSista (Ulungile Magubane) and Ghanaian-Liberian producer and DJ Blaqkongo (Brendan Witherspoon) have given their latest project B_U: Session 1 the best of their talents, but importantly, they have given it their time. A decade on, it feels especially delightful to listen to the results.

The project traces its earliest roots in Pretoria where the two where schoolmates, recording some tracks when they found the (that word again) time. While in college, the duo produced their first ‘underrated internet hit’ Le Jardin with a basic MIDI keyboard, the inbuilt microphone of shitty earphones inside a bathtub. However, as it so often happens, their paths diverged and led them via New York, Geneva, Cape Town, London and Madrid before leading them back to Johannesburg.

All the while, they both explored their musical and artistic projects  (all worth looking up), Koeksista as a songwriter and performance artist, Blaqkongo as a producer and DJ. When they both returned to Johannesburg many years later, they decided to revisit their old projects and ended up making music together again, a step that ultimately led to this timely offering. Choosing the seemingly pedestrian theme that love is in music, the duo doubles down on their own unique twist to both form and content. Looking to explore both genre and storytelling, they consecrated this EP as a first in an ongoing series of sessions that experiment with sound and music techniques. The result is a rare delightful mix that doesn’t struggle to impress: think new-age kwaito, house, pop, acid-jazz, hip-hop, RnB. The overall soundscape is catchy, yet unconventional.

It takes a myriad of directions that are neatly tied together with invigorating bass lines and punctuated by prominent kicks, accompanied by a familiar and beautifully told -unrequited- love story. Sprinkled with homegrown hints of house and the unmistakable groove of new-age kwaito the project’s lead single, Lonely Girl is the EP’s catchiest tune. Its addictive hook offers ideal point of entry into the project, acquainting one with its overall nature, and promising to be a go-to track for DJs.

But the plot quickly thickens as one navigates the layered hues of dark pop in What Have You Done? the project’s longest track. Koeksista’s vocals and lyrics are fresh and easy on the ears “Tell me what you wanna do and that’s what we’ll do”. They are set against Blaqkongo’s ingenuous production that references generously while retaining its own character.

Exit Flow, the EP’s strongest track, unobtrusively fuses acid jazz and RnB. There is a focus on vocals but they are accentuated by an interesting turn and daring kicks towards the end. The playful mix of hip-hop and neo-soul in Voicemail is a pleasant surprise and speaks to the heart of project in general. Koeksista’s conversational storytelling on the track is a highlight in itself, but it is underscored by Blaqkongo’s beatmaking that sets in with an effervescent kick towards the middle of the project’s shortest track. At just over two minutes, the track brings the EPs overall theme home in the lyrics: “I don’t want easy, I just need possible” it is a story of misplaced affection, flowing rivers of desire, butterfly-inducing lust and eventual acceptance.

The four-track EP is a formidable exploration of the trappings of modern day love, an ingenuous modification of the ballad into a more relatable soundtrack for the mess that modern day dating can be. B_U contribute the wealth of their individual musical influences and artistic profiles that effortlessly merge to create a new distinctive yet familiar sound. The tape will take you on a tasteful sonic journey via the story of an acutely miscommunicated love affair. It is a journey to a place that is both fictional and yet firmly rooted in the contemporary moment, and one that is definitely worth taking.