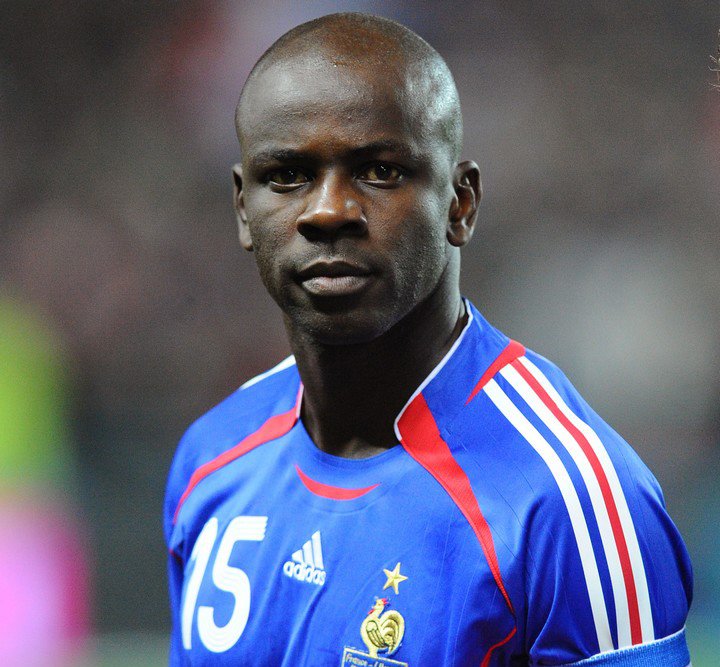 As the years go by, it feels as if Ruddy Lilian Thuram-Ulien was blessed by time with that same never-aging look he had when playing with Blues, Parma, Juventus and France. World Cup winner, European champion, Italian Champion, Uefa Cup winner, he’s one of those footballers who won almost everything in his career.

In 2010, he became a UNICEF ambassador and since his retirement he has stood out for his commitment to fight racism and discrimination.

A couple of weeks ago, the football world was shaken by the news of Pescara midfielder Sulley Ali Muntari’s ban [later withdrawn] after reporting to the referee he’d been racially abused during the match. Instead of stopping the game, the former Ghana midfielder was given a yellow card at the 90th minute and then walked off the pitch.

What happened shows once again the failure of the sport world to deal with racism (team players included). So, ten years after his retirement from football, Thuram also told us what he thinks about this situation since he experienced the same abuse when he played in Italy.

Founder of the ‘The Lilian Thuram Foundation – Education Against Racism’ and author of the books Per l’Uguaglianza (For Equality), My Black Stars (Mes étoiles noires) and Our History (Notre Histoire) Thuram today is an activist even though he asked us: “What is an activist?” Like many other institutions in France, the Louis Vuitton Foundation also wears the African colors, at least on the inside, while on the outside Daniel Buren’s colors shine. With Art Afrique, le nouvel atelier the Louis Vuitton Foundation launches a series of three exhibitions celebrating the diversity of the contemporary African artistic landscape that will be open to the public until August 28th.

The first exhibition, Les initiés (The experts), covers the period between 1989 and 2009, showcasing a selection of classical works from the collection of businessman Jean Pigozzi, curated and enriched for many years by the gallerist André Magnin.

Être là, the second one, focuses on South African art and presenting a range of young and socially engaged artists.

The third exhibition is dedicated to the works of African artists and of artists from the diaspora which are part of the Louis Vuitton Foundation’s collection.

This initiative, called “The African Spring of Paris”, has given a lot of talk about, leaving some puzzled and others astonished. Long story short, it needs to be analysed and understood.

We met Lilian Thuram, former Blues, Parma, Juventus and Barcelona football defender, now an activist. He shared his views with us and talked about his years in Italy.

GRIOT: Can I ask you some questions?

Lilian Thuram: Do you want to speak French or Italian?

Let’s do French, then.

What do you think of this sudden infatuation for African art. They call it ‘African Spring’ …

As far as I’m concerned contemporary African art is not new. I’ve started noticing an interest for this world a while ago. Nowadays, if it attracts so many people it is also because of the location. We always hang out at the Louis Vuitton Foundation and a few weeks ago there was La Villette, before Art Paris Art Fair. Here at the Foundation it’s always very busy, no matter what exhibition is on. The positive thing is that people are beginning to understand that African art is not what they imagine. There is so much more than the traditional masks.

There is a crazy vitality and excitement thanks to these contemporary artists who tell the world about Africa. I find it all very interesting and it will help to debunk the clichés revolving around people of color. When Africa is mentioned, the direct link is with black people. In this sense it’s extremely important that these events are organised and that people change the way they perceive the African continent. They need to understand that Africa is fully living modernity. Often when it comes to African art, many don’t know that there are contemporary African artists.

Did you also visit the other exhibits of this African Spring of Paris? La Villette, Galerie des Galeries, Art Paris, Mac Val …?

Not everything. There was something going on at the Cartier Foundation lately, which I went to, but I also went to Art Paris.

Which artwork impressed you the most tonight?

[He thinks for a little while] Listen, I love Chéri Samba. Chéri Samba tells the story of the society we live in. For example, I really like the giant work in the room downstairs [Après le 11 Septembre] because it reflects on the idea of terrorism and on whether it is right or wrong to respond with violence to an act of violence. I believe his paintings always make the spectator wonder about these issues and almost oblige him or her to answer somehow. I also like it because it’s a particular story which is linked to me in a way. I grew up in the Parisian banlieues along with people from Congo and I also grew up with Lumumba, so I have a strong bond with Congo.

Is Lilian Thuram a collector himself?

No, I’m not a collector. I am an art lover. I love art because it tells stories.

You are also an activist, aren’t you?

What is an activist?

A person defending a cause.

Well in that sense, each one of us is an activist! Let’s say that I accept to denounce the existing domination in our societies. The dominance of men on women for example, it is an inequality to speak up against, as well as the discrimination against homosexuals. We must also denounce the domination that exists on black people. For this reason, I emphasized the importance of being in this kind of space to show the artistic landscape of the African continent and destroy this negative image of Africa that is first and foremost a discourse. But often Europe’s representation of Africa is degrading, while today, here at the Louis Vuitton Foundation, the narrative is positive.

I do not know if this is being an activist, but I think we should all be [he laughs.]

What is your bond with Italy?

It’s a bond of love because I lived there for ten years of my life. My two children were born there and I often perceive that special connection just by looking at small things. For instance, I love the Caribbean because I’m originally from Martinique. When I’m there eating is my favourite thing, I love Caribbean food. And the same goes for Italy.

That is also my favourite thing, Italian food.

[He speaks Italian] It means you love Italy! It’s true!

I’ve lived in Italy for six years now so …

Only six years? Really? Where did you live before?

Then you’re better off in Italy.

You have lived for long in Italy, so what do you think about the representation of black people in the Italian media?

It is part of a historical process. For centuries people of color have been judged negatively, people never go deeper, they stop in front prejudice. This is what happens with Afro-Italians and it has to be denounced. People should be educated, the white Italian population has been educated to see itself as superior. We often live in a bubble of hypocrisy where we don’t dare to say how things really are.

I often say, men have been taught to think that they’re above women, it’s historic, that’s the way it is. It’s the same thing with white Italians, for them a black person can’t bring anything positive. This is the idea they start with, so you have to explain to them that they have a problem and they need to be aware of it and change it. It is very important to deal with these issues, also because often some black people are blurred by the negative image of themselves and don’t claim their rights. “I’m in trouble, there is nothing I can do” they think. It’s wrong. We have to debate these issues and speak up to make things evolve. We need to keep on talking and discussing.

What’s your favorite city in Italy?

My favorite city? It’s difficult. Maybe, Parma. It is the first town where I became a foreigner, from France to Italy. I have to tell the truth, I settled down very easily when I got there, because the city is very small. After I began playing, I got so much love from the Parmesans.

So, weren’t people very prejudiced in Parma [asks the Italian friend whom I was with]?

Of course there is prejudice, but I’m a footballer! It’s different. [We all laugh] But it’s true!

When you are a footballer you are well-known. Prejudices often rise when you think you know someone but, actually, you don’t. Let me give you an example: I see you, they tell me you’re Italian, but people know stereotypes about Italians, so they say “Mind you, he is Italian.” But then they start talking to you, they start joking and laughing, and then they know who you are and there’s no more prejudice. However, for so many years Italian people came to France and suffered the prejudice of French people, because France’s problem is that we’ve been taught to think that we are the center of the world, do you know what I mean? So, many Italians behave like this towards black people, because that’s how they were educated.

We need to tell the truth and sometimes it’s hard to tell the truth… but I know, I’ve been a football player in Italy. Sometimes during matches they used to shout monkey noises at me. Why did they do it? Because they thought they were better than me. What’s important is that I was aware that they were not better than me – and those making those noises were worse than me for sure. It’s a matter of education! But often people don’t want to see the reality of things.

Last question. Listen Lilian, when I’m angry I like to swear in Italian, even when I’m here in Paris. What is your favorite swear word in Italian?

Often we say something wrong and I do not think it should be repeated. We don’t say swear words, that’s what we teach our children, so we don’t have to promote the use of these words!

But I didn’t mean very harsh words. There are some such as “Mannaggia la miseria” (Damn misery), “Cavolo“(Damn), etc.

Then you’re just kidding! But if I use swear words they’re much worse than that, that’s why I can’t repeat them!