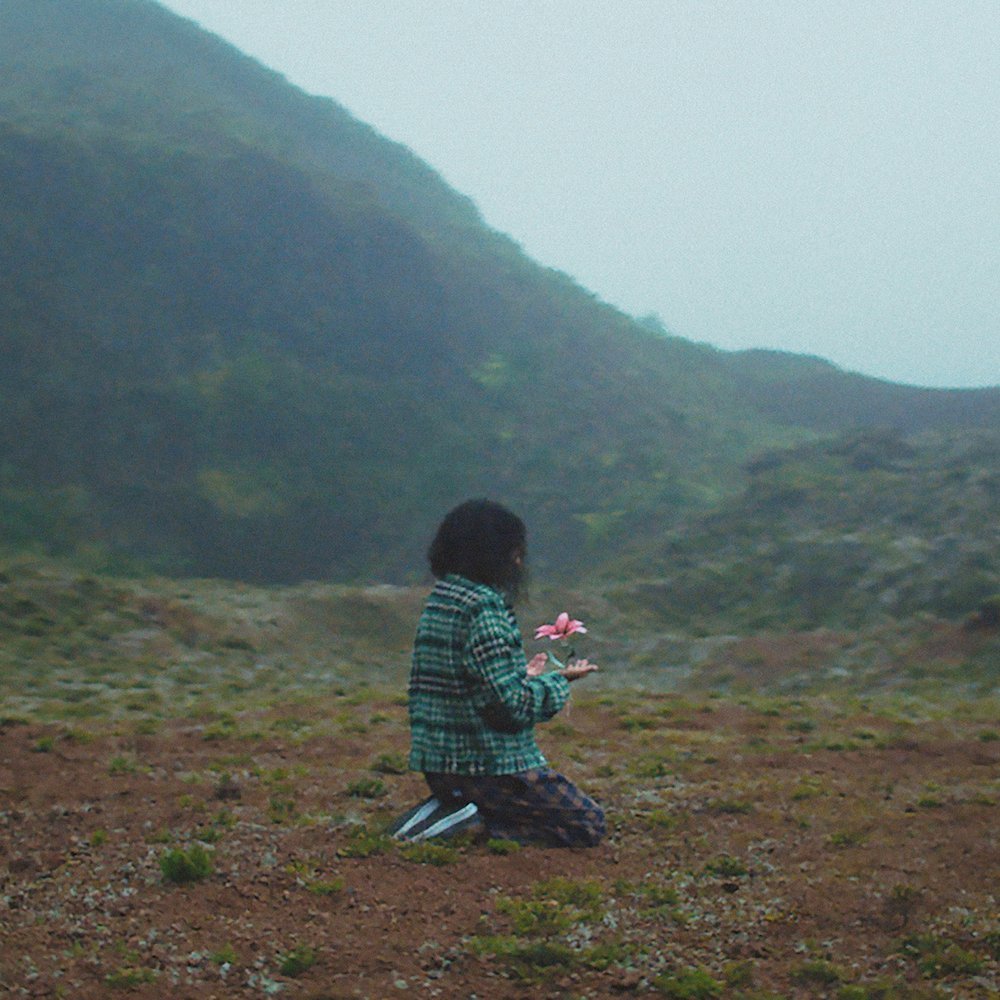 All the images | Courtesy of Anna Leone

The still wild Azores islands’ nature is the setting of Once, the latest single by Anna Leone, the Swedish singer songwriter of Guadeloupean origins.

A sweet and melancholy guitar arpeggio introduces her deep voice which reflects her gentle and elegant musical sensitivity, as well as a charming spontaneity. Graceful and delicate as few artists can be at her age — she is only twenty-six years old — we reached out to her to talk about her new song, and music in general.

Griot: Your new single, Once, conveys mixed emotions. Shot in the beautiful Azores, the video shows you alone in a surreal landscape and the atmosphere is pretty dark. What kind of feelings did you want to express? Was it your idea or the director’s, Savannah Setten?

Anna Leone: Savannah and I spoke on the phone a lot before we started shooting. I was telling her how I saw the song visually, talking about memory and innocence and loss and acceptance, and we were both laughing cause everything I said was super abstract. But then Savannah came back with a fully fleshed out visual idea which I loved, and it immediately felt like she had understood everything I’d been talking about.

The loop aspect came about when I was looking at the lyrics for one of my other songs, reflecting on going through the same things every time, making the same choices. I love that sort of Groundhog Day element. We ended up using that in Once together with Savannah’s beautiful idea of the flower growing.

In this video you are alone, but you were also alone in the If You Only visual, even if the two songs are very different. What does this condition represent to you?

I sing a lot about being alone, so it has made sense to me to symbolise that isolation literally. I like the idea of being in an environment where you’re just a small piece of something bigger. Showing discovery and isolation and struggle within your own mind.

Where do you find inspiration for your songs? Which kind of imaginary do you draw from?

I draw inspiration from everything I go through. I don’t think I’ve ever drawn from other people’s experiences in real life, but it happens that I’m inspired by movies and tv shows, comics etc. Space inspires me as well. Existential questions.

So, how did Once come about?

I wrote Once in my bedroom during my album-writing process and it felt like it somehow represented a different emotion than the other songs I’d written in the same time-frame, which was exciting to me. It was also one of the first songs from the album that just clicked production-wise. I improvised backing vocals and the producer, Paul Butler, masterfully put them all together. Once they were in place the track really soared. Bob Dylan and Nina Simone are very legendary to me. Cat Stevens as well.

When did you find out you that had this beautiful and emotional voice and that you wanted to make music?

I started playing guitar in high-school. I never played any original music, but I was playing a lot of covers. At that time, probably a lot of songs found through Grey’s Anatomy! I started writing thoughts down, like a journal, and I realised they were songs that I could sing. I’ve always had stage-fright so the performance part of making music has always seemed very scary to me. It’s difficult to navigate, but being able to write songs and connect to other people means a lot.

How did the collaboration with Paul Butler start? He previously worked with Michael Kiwanuka, Andrew Bird and Devendra Banhart.

Through my label, Hal Awake. We met the same year we did the album together. I flew to California where he had set up a studio and we started our collaboration there. I travelled back and forth during a few months as we finished the album. I loved working with him, he’s a really thoughtful person and very good at what he does.

We know that, at the moment, it is very hard to make plans for the future. But we can dream, of course. What are you dreaming or hoping for your near future?

I hope everything goes well with the album release coming up and after that I hope I can continue making more music.