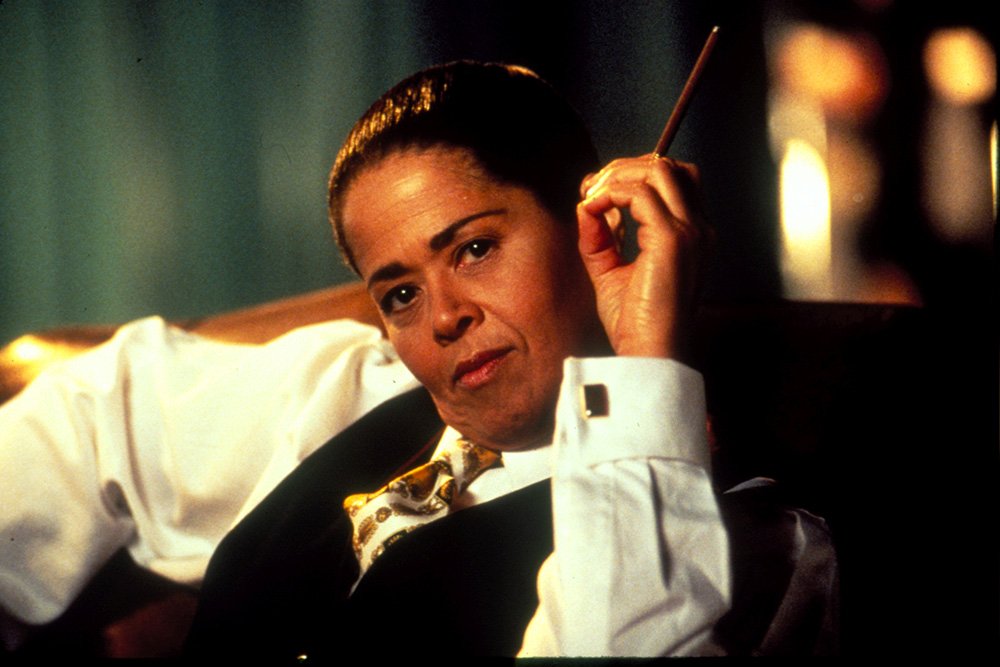 On March 3, 1991, officers from the Los Angeles Police Department stopped motorist Rodney King for a traffic violation. What happened after he came out of his car it’s probably the most terrible videotaped beating of an unarmed man (footage not for the faint of stomach.)

At the time King was on parole and since he declared he was driving while intoxicated he feared that an arrest would violate his parole and send him back to jail. Thus he decided not to stop at the police traffic stop. He couldn’t image he would have been treated that way.

Soon after the uprisings, playwright, actress and professor Anna Deavere Smith (I recall her playing in the movie Philadelphia, with Denzel Washington and Tom Hanks) went on the streets and began interviewing people linked directly and indirectly to the riots.

She then transformed these interviews into Twilight: Los Angeles 1992, a one-woman play composed of a series of monologues where each time Smith reenacted the people involved in those events using their own point of view: LAPD chief, a nameless juror, different victims and istigators of violence, and residents of Los Angeles.

This performance, which is a direct successor to her previous play, Fires in the Mirror (it dealt with the 1991 Crown Heights riot) represents her fascinating “Documentary – Theater” style in plays confronting fraught race relations in American cities. The two performances garnered her many prizes (Drama Desk Award for Outstanding One-Person Show, Obie Award, Mac Arthur ‘genius’ Grant), and a nominee for the Pulitzer Prize for Drama.

Today Anna focuses her research on the links between the US education system and high rates of incarcerated African Americans, the “school-to-prison pipeline,” which, by pushing children out of the classroom into the criminal justice system, has created a lost generation of youth from poor communities. In her latest work Notes from the Field: Doing Time in Education, she performs powerful potraits selected from interviews she conducted with 150 individuals in Northern California and elsewhere in the nation, affected by the pipeline’s devastating policies.

Last March the city of Rome was honoured with the visit of Angela Davis at Roma Tre University. Now Rome is preparing to welcome another great woman committed to civil rights, an impressive artist of our culture, one of the United States’ most gifted writers and performers (she’s now playing in The West Wing and Nurse Jackie TV series) who will be performing some of her recent monologues on May 17 at 6pm at the Villa Aurelia. It is her first public performance in Italy. Thanks to the American Academy in Rome.

“Anna Deavere Smith is the ultimate impressionist: She does people’s souls,” so wrote the Ny Times. So, be ready to be captured by her compelling charisma.