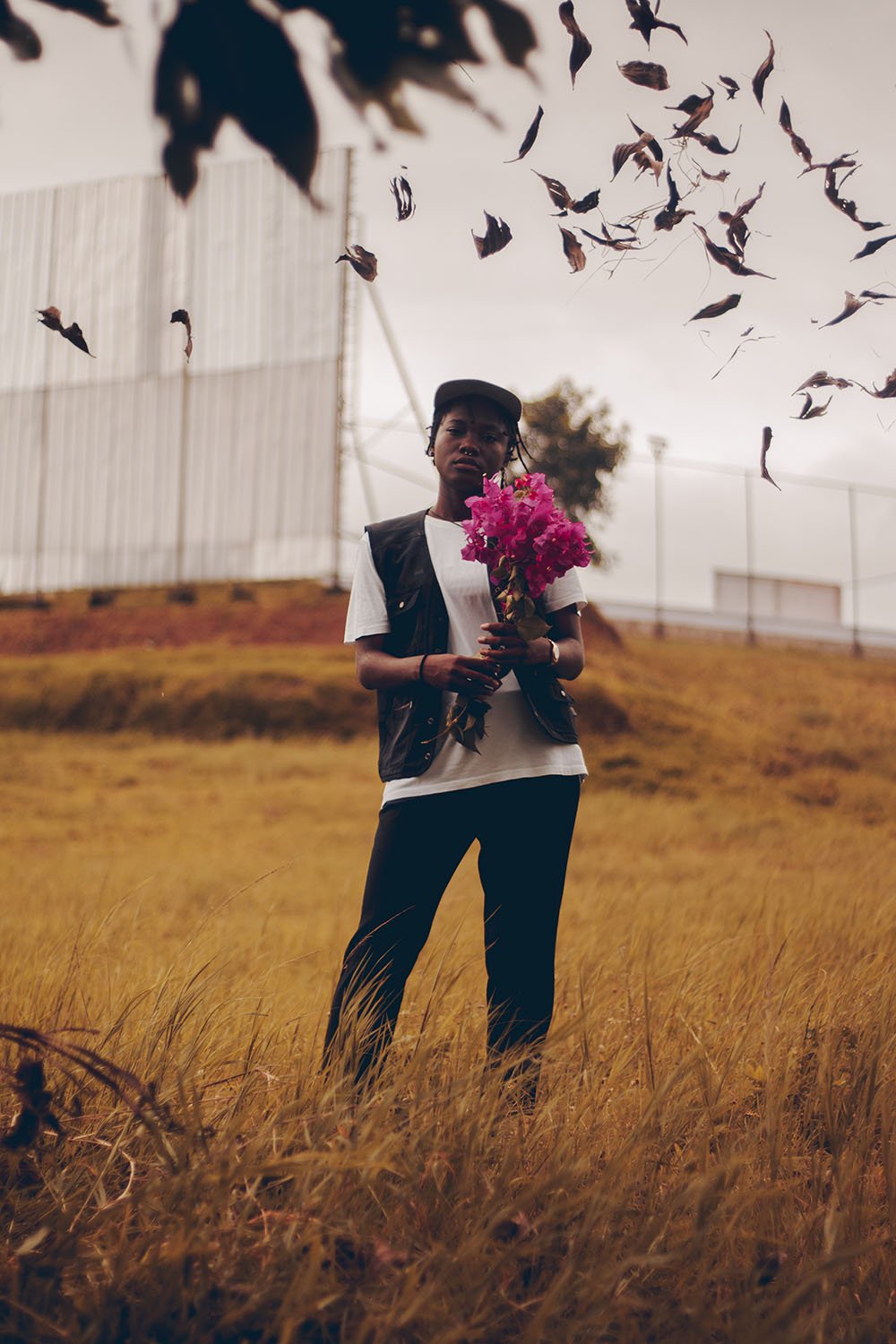 One of Ivory Coast’s finest rising rappers is 22 years of age, has a fresh new EP out and didn’t exactly dream of becoming a rapper growing up. In fact, her sights were set entirely elsewhere: Andy S’ first love was basketball, and she was actually planning to go pro, but her mother would have none of it “I was even invited to try out for the national team, but my mom didn’t want me to play basketball and made me quit.”

Her mother’s decision had rather unintended consequences. With plenty of time in her hands that she had previously filled with basketball training sessions, she formed a habit of listening to rap music: “I started to listen to a lot of rap, because I could connect to some of the angry contents.” She did not only stick to listening to Dj Arafat, the Ivorian rapper Almighty or Kanye West, she also began to rap along. Soon enough, she put out stuff of her which blew up pretty fast, much to her delight.

In October 2019, she made a welcome comeback with the spit-fire track Mi-Temps (Half-Time). The heavy-hitting French track was produced by Ugandan/South African producer Mark Akol and mixed by Sipho the Gift. Shortly after, her five-track EP Le Rap N’a Pas De Sex [Rap Does Not Have a Gender] dropped on November 22.

Her lyrics highlight the stuff that bothers her in society, especially in Cote D’Ivoire. But she doesn’t see herself as a conscious artist, “I’m just being honest,” she says. Even so, Andy S is not one to miss an opportunity to take a jab at friends and foes alike, she is a bit of a provocateur, so there’s the subliminal diss hidden within her tracks every now and then. But usually, she raps about her personal story, her observations and her opinion on issues that are important to her.

For instance, in Loupe–the first track off the EP–she talks about the fact that she feels under-appreciated in her own country, referencing in the title the Bible verse Mark 6:4 according to which a prophet is never appreciated in their own backyard. Another track, Gbakatti, on the other hand, is a cheeky take on the Gbaka, the unmistakable mini-bus that is essential to Cote d’Ivoire’s public transport system. In this song, Andy S makes the Gbaka and Bugatti interchangeable, asserting a sense of freedom from material things. The title track of the EP Le Rap n’a pas de Sex, meaning rap doesn’t have a gender, goes beyond music and forms a sort of manifesto for Andy S, alluding to the idea that in pursuit of greatness, one should not be deterred by patriarchal norms in society.

Andy S feels good about her latest release and is content with both her creative process and collaboration with producer Alec Lomami post-hiatus: “I would say I come along way, the stuff I been working on feels more like me rather than music imposed on me by a label, or the need to conform to what is popular. I feel like with Alec we have a lot more in store.” We definitely hope we’ll hear the result in 2020.