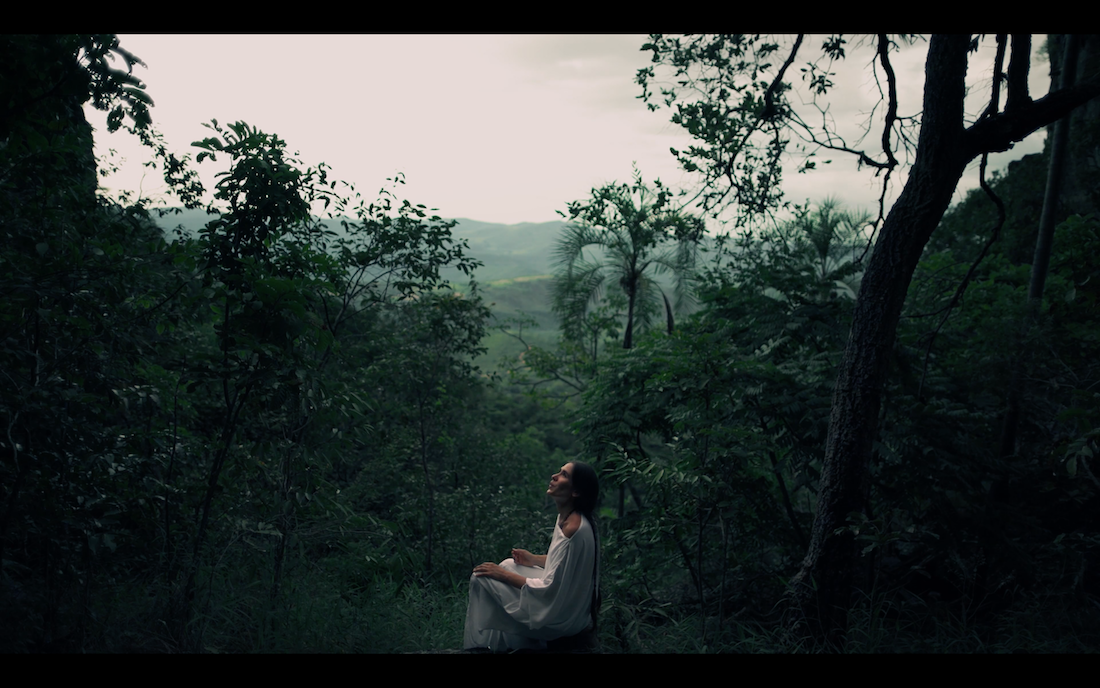 Unfolding the lullaby as the crossroads of song, landscape, plants, history and future, Alto Paraiso is Lafawndah’s directorial debut. Set in the homonymous community in the central Brazilian Highlands, the short film documents a very intimate and mystical meeting between the French artist and healer and musician Delfina Mun.

Main character and narrator, Delfina Mun guides the viewer through the ideas of presence and surrendering, and through the ancestral practice of singing with and for the plants. In the Amazonian mestizo shamanism, the Icaros is language of the plants, it is a term commonly used to describe the medicine songs performed in vegetal ceremonies in Brazil, where “you start receiving songs for the plants and the healing is translated into music” Mun explains, “it is about singing for the spirits it’s a secret place you find within yourself and that you enter”.

Inspired by the cinematic worlds of filmmakers of the likes of Apitchapong Weerasthethakul and Jean Cocteau, the film is deeply rooted into Lafawndah’s work and aesthetics, who detected in Delfina’s songs “a musical practice cosmic in scope – filled with endless becomings, reconciliations of the elements, exchanges of vegetal and sonic intelligence, and xenharmonic dimensions”.

These universes are very similar to the ones Lafawndah explored in her latest album, The Fifth Season which presented a much more organic sonic dimension compared to the electronic spells of her previous album, Ancestor Boy. Inspired by the Broken Earth trilogy by NK Jemisin, The Fifth Season is a tribute offering new extensions of the trilogy’s myths, in particular to the idea of ‘end of the world’. Alto Paraiso explores the idea of interconnectedness in even more depth, gracefully illustrating how ancestral practices find their way through centuries and millennia thanks to the musical and spiritual craft of artists like Mun who Lafawndah joins for a mind-blowing short vocal performance in the final part of the film.

Screened by Lafayette Anticipation, Alto Paraiso is the second online project Lafawndah has bestowed us with over the lockdown period. Last October she performed Antimony for the online performance space Assembly 2020, an ode to natural elements where stones and rocks are seen as the guardian of the relationship between humans and the earth.