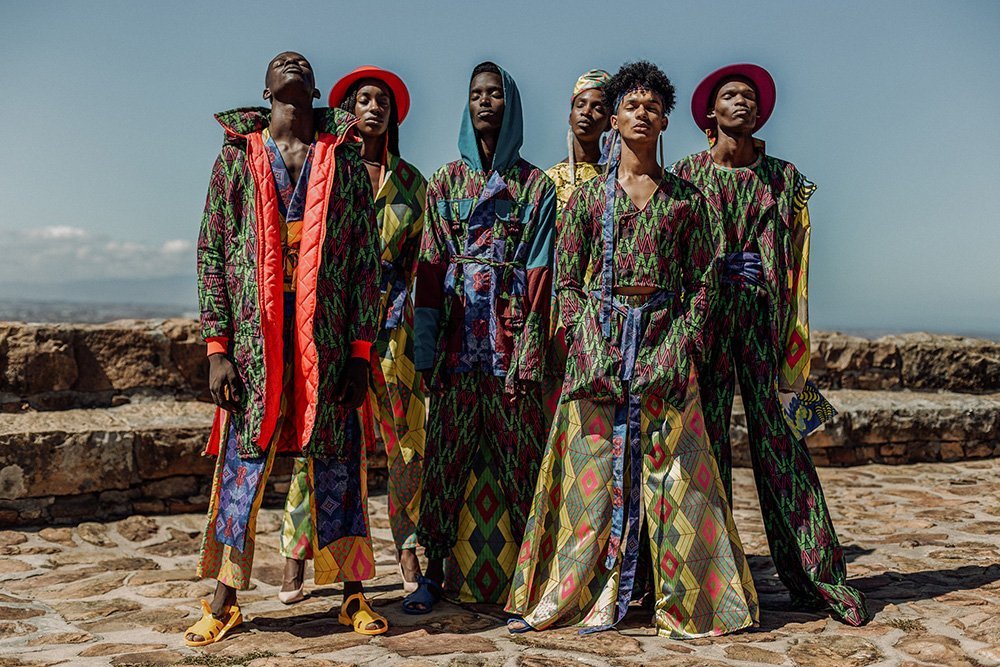 All the images via Masa Mara-masamara.co.za

Does acceptance have a colour? What is the shape of forgiveness? How do we translate memories into the cut and flow of a fabric? Amza Nyonzima, better known as Eli Gold, pondered these questions as he set out to design garments that would reflect his journey of exile across Africa and away from his ancestral home of Rwanda.

Gold founded Masa Mara in 2016 to tell cultural stories about the continent, infused with a message of harmony and tolerance. His goal is to introduce folk values to today’s generation with styles that combine popular aesthetic of ‘African’ prints and contemporary urban wear. The brand, based in South Africa, produces activewear made of structured shapes and characterised by the use of lively colours, print matches, layers, and graphic shapes. It is easy to get lost in the details of the styles, which are layered with motifs and symbols appearing and disappearing in a chromatic symphony that is almost mesmerizing when enjoyed on a moving body. The stark contrasts create the impression of animation, as if the surfaces were alive. Their unique look reflects Gold’s idea of fashion as an instrument of storytelling and a platform to animate a conversation on urgent topics.

He declares that “fashion is more about a story, than clothing” and the stories that inspire his designs are those he captures from his personal vantage, as a displaced person negotiating recognition in different, sometimes hostile, environments. Gold left his native Rwanda at the onset of the war and grew up as a refugee in various African countries, before settling in South Africa. He is thus naturally attuned to the themes of identity, belonging, and diaspora that are felt especially strongly by people on the move, like migrants, asylum seekers, and refugees.

Migration is Beautiful – Destroy all Borders, Masa Mara’s Fall/Winter collection 2020, honours these individuals and their struggle for survival and acceptance. It is a line of garments made more captivating by its clear social message of offering an uplifting narrative to replace the negative stereotypes often attached to foreigners in South Africa.

The collection, drawing explicitly from Gold’s personal story, notably features puffers cut in the shape of life vests; a reworking of a tragic symbol of contemporary history that the designer wants to humanise by underscoring the experiences buried under the statistics. The garments reference these experiences: they are designed to elevate the wearers from their context, calling attention to their presence not as aliens, but as equals from other shores. They hint at the mix of past and present shaping the migrants’ lives and at the hopes for the future that set them in motion. They are designed as identity statements, another type of passport, providing security from isolation and disenfranchisement.

In the fashion film introducing Migration is Beautiful – Destroy all Borders, Gold declares: “migration is not a problem, but a process.” This simple statement tells of the difficulties, his difficulties, of uprooting and re-rooting and of keeping connections alive across distances. Legacy is not a word that the designer uses in his interviews, but it is a theme that is very much present in his creative philosophy: what does one save when all is lost? What do we rely on to survive in exile? Fashion anchors Gold to the world. His choice of mixing and matching fabrics inspired and appropriated by different African countries conveys his belief of unity in diversity, which is another way of promoting cultural preservation in the face of the homologation that is a pre-requisite of integration in host countries.

For him, fashion is a home away from home. As he states: “with every garment I design, I remember my story”. His work stakes out a clear path for other designers to leverage fashion’s social influence and expose the power of style to spread a message of acceptance. 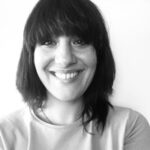