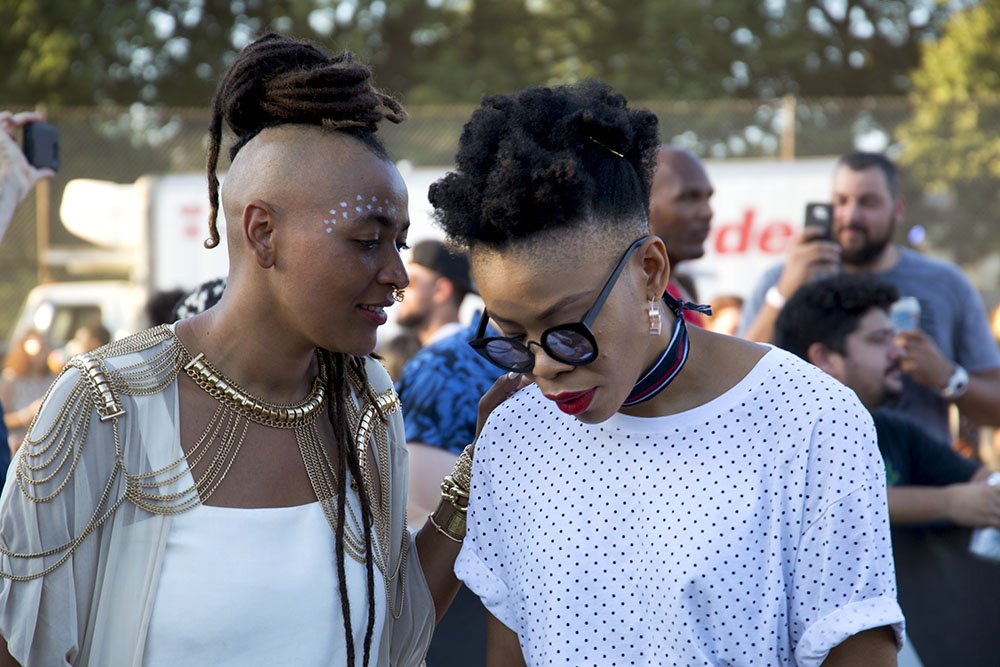 Last year, on our way back from New York, we widely showed and talked about our experience at Afropunk Fest. More than 60,000 people gathered for two days in Commodore Park, Brooklyn, to attend one of the most incredible and exciting festivals on planet Earth. An explosion of aesthetic, creative and cultural diversity that only New York’s unique melting pot is able to offer, and a celebration of blackness like no other in the world (take a look at the video we shot to get the vibe.)

However, if on the one hand New York is among the best fertile grounds to conceive and develop projects, ideas and a place where many artistic, social, cultural movements rise, on the other hand it is a far and unreachable destination for many. No problem, Afropunk decided to give the same opportunity to the hundreds of thousands of people here in Europe that felt the desire to freely and fully live The Other Black Experience, and after just three years from its official launch in the old continent, the event has inevitably become the summer must-go-event. Live shows, gigs, dj sets, but also art, cinema, food, fashion markets, talks and debates act as a backdrop of this incredible “diversity amplifier”. And if you think the tickets might not be affordable, have a look at the various travel packages devised by Afropunk in partnership with travel industry players in Paris, London and New York, or get hold of low-cost flights and a cheap Airbnb accommodation.

Paris will get the ball rolling on July 15 and 16. Coming to its third edition, the festival will be held at La Villette. Among the prominent names are Yasiin Bey aka Mos Def, Robert Glasper, Macy Gray, and many more interesting artists such as Petite Noir, Tshegue, Baloji etc. London will follow on July 22 and 23. For this second edition the organisers decided to go for a bigger venue, moving from Alexandra Palace to the newly opened Printworks. As in Paris, the line-up is full of big names. Who are they? The Internet, JME, Lianne La Havas, Danny Brown, NAO and Corinne Bailey Rae.

Last but not least, New York City, where everything originated fourteen years ago. The gates will open on August 26 and 27, in the gorgeous Commodore Park, Brooklyn. With no doubt, the line-up will give you goose bumps: Anderson Paak, Sampha, Princess Nokia, Thundercat, Kaytranada, SZA (who will be in Milan on November 13) Sango, Shabaka & The Ancestors (they recently came to Italy last week) and so many more … check out all the artists here, it’s unbelivable! And there’s more good news! The countdown has started, on July 13 at 7.13am (New York local time,) the Afropunk website will undergo a makeover and have a whole new interactive and captivating look. What else to say…? We just can’t wait.