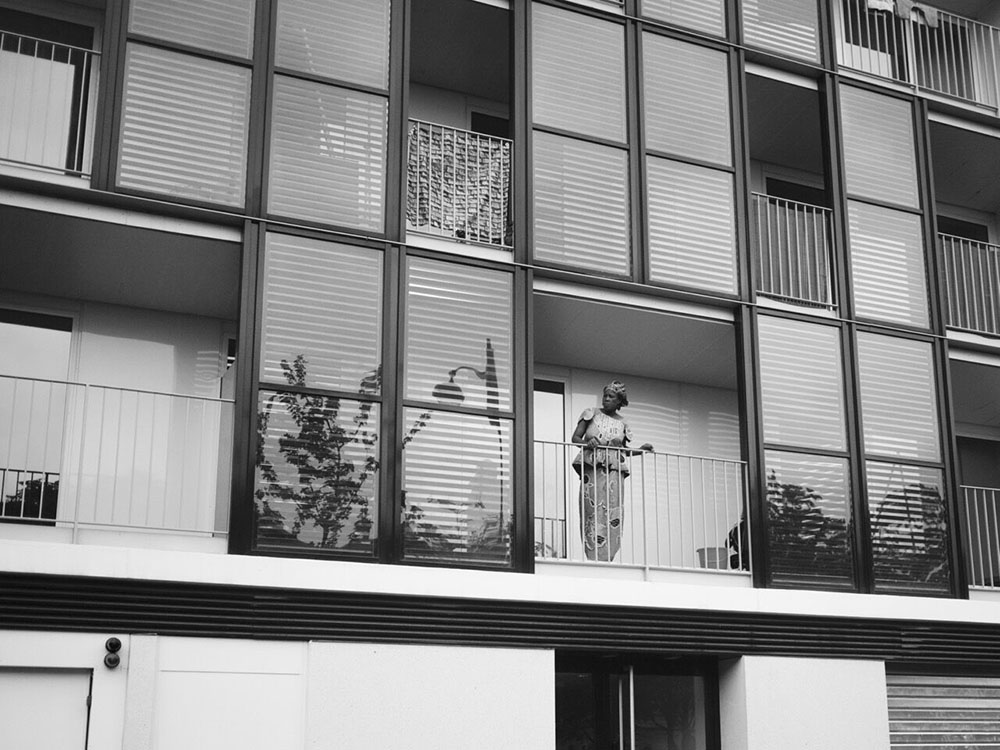 On spotting a lone copy of Afropean on the shelves of one of those good bookstores we are told we should support, I was surprised that the publisher had signed off on what I thought was a brave title for a book. The subtitle “Notes from Black Europe” was discreet enough to arouse curiosity, but there was something about the proclamation—Afropean—in bold white letters and without quotation marks that unsettled me on behalf of the hypothetical majority of white European readers who would either scoff at the arrival of ‘identity politics’ to one of the last frontiers of whiteness—publishing—or pass it without batting an eye.

As the title of a nonfiction novel, Afropean is brave for many reasons, chiefly because Europe has never really recognized hyphenated identities, even as some People of African descent in Europe have attached the prefix Afro- to whichever European identity they claim for themselves for a while. In picking a term that suggests symbolic parity, merging Africa and Europe into one word as opposed to asymmetric hyphenated misnomers such as Afro-German or Afro-Italian, this book was already making a statement by its very existence.

Aware that the reader might immediately ask themselves where Black Europe is, the names of the chapters deliver an instant answer that, again, will be unsettling to those oblivious of Black life in Europe. Early on, the book suggests that Black Europe is in the very cities we know and love: Paris, Brussels, Amsterdam, Berlin, Stockholm, Moscow, Marseille, Rome and Lisbon. These dots on the European map are connected by the itinerary of one Johny Pitts, a Black British backpacker born and raised in Sheffield by a black brooklynite father and a white Northerner mother and, newly, the author of an incredulously important book on Black Europe.

Pitts was initially attracted to the term Afropean because it enabled him to exist in a space where he was not “mixed-this, half-that or black-other” but he found himself asking if the term could be filled with a life beyond symbols. Could it accomodate the stories of real people living real lives as opposed to what one would need to fill a “coffee-table photo book with snippets of feel good text” and portraits of the “success stories of Black Europe”? he found himself wondering. The challenge was formidable, but he did set out—in the middle of winter nonetheless—to find (the) Afropea(ns).

He begins in Paris, where he details his experiences at a Black Paris tour led by an Black American expat living there, and four dark days in the infamous suburbs north of Paris: the Banlieues. In Brussels, he finds an unparalleled aura of “old death” in the cellar of the Africa Museum in Tervuren. In Berlin, he runs into what appears to be a Nazi mob and prepares to resign to his fate. Thankfully, it turns out to be an Anti-fascist protest which he joins, gaining uncommon insight into the German ‘Antifa’.

In Amsterdam, he visits the Black Archives which is meticulously uncovering the rich transnational Black history of the Netherlands. His trip to Moscow, however, is full of intricate trials and tribulations, including an almost-kidnap. We do however learn that Alexander Pushkin, one of Russia’s most famous writers was Black, and that the Afropean experience is markedly different to, say, being an African in Europe: many of the Black people he encounters in Russia are keeping their heads down and minding their own business.

Stockholm, in contrast, is a mixed bag where the “Swedish Glow” that comes with high standard of living fades into a frosty Christmas spent alone in a hostel in “Santa’s Backyard”. We ultimately learn that it is in Marseille that the author finds  “a physical embodiment of Afropea”, an “Afropean Mecca”.

Black presence in many European cities is often a shock to visitors who misguidedly expect Europe to look like a mixture of old renaissance paintings and the glossy pictures on tourism brochures. Similarly, Black European history (and Black European life) is often hidden in plain sight, often needing the right cue, a curious mind and watchful eye to uncover. This, basically, is Pitts’ experience across Europe. His journeys to places that many readers will have visited or might even live in yield refreshingly rare stories that simultaneously contradict and complement Europe’s problematic self-image. Pitts writes from the liminal spaces to which Europe has relegated significant sections of its Black population. Importantly, he also writes from his positionality as a travelling Black working-class northerner from a pre-Brexit UK who -in advance- modestly disavows the significant contributions he has made to the scholarship of Black Europe. As such, it is very much his book, and this ownership defines all of the novels pleasures.

On the flipside, the implicit idea of Afropean-ness could come across as overstated for some readers despite the authors’ disclaimers. Most Black people in Europe do not self-identify as such and  a novel -by its nature- couldn’t possibly have made a conceptual case for the term. That said, Pitts does outstanding work with the travelogue and the documentary as a genres. Afropean feels personal and close to home all through, so much so that the loads of precious history and context in the book are hardly overbearing. Afropean was a book waiting to be written, and I am glad that Pitts wrote it.