Why African Vinyl, LPs And Master Tapes Must Return 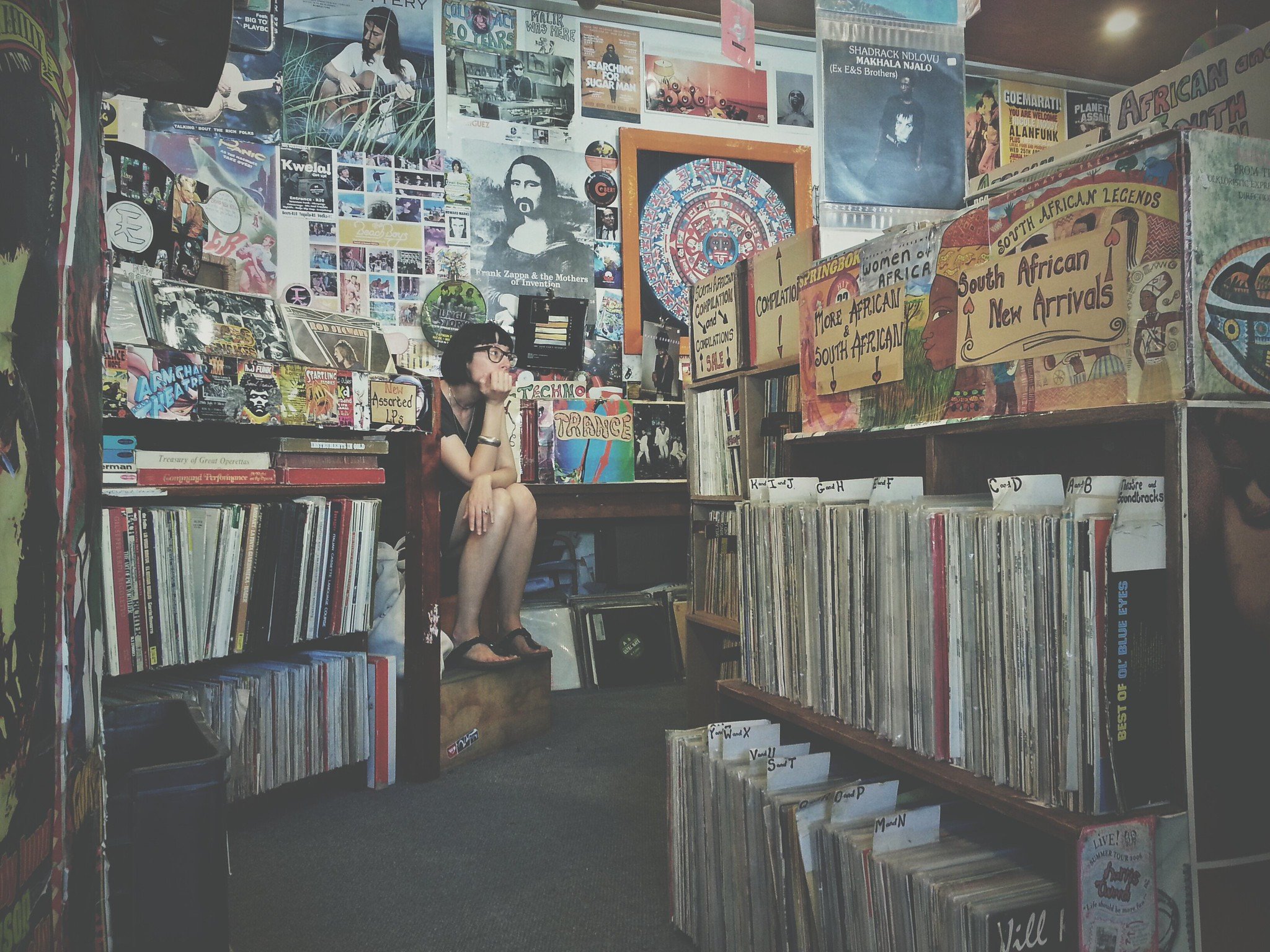 Vale in Mabu Vinyl. Photo by Mallix via Flickr (CC).

Between 90 to 95 percent of Africa’s cultural wealth is located outside the continent.  While calls to return of the bronzes of Benin, the masks of Cabinda, and even the remains of leaders abound, physical recordings of Music from the post-independence era are often forgotten. The time for a global movement to collect, organize, and repatriate the soundtracks of one of Africa’s proudest eras is now.

Few places could match the creativity of Africa’s newly independent capitals. Dakar, Khartoum, Kinshasa, Luanda, Mogadishu were at the forefront of music production from the 1960’s to the mid-1980’s. Buzzing cultural citadels—the railway station hotel of Bamako with Rail Band, Mogadishu’s Jazira Hotel with Iftiin Band, Dakar’s Le Miami nightclub with Star Band, the recording studios of Cotonou with Orchestre Poly-Rhythmo, the Musseques of Luanda with Jovens do Prenda —were simply a notch above. Western bands blessed with marketing power eventually won over ears and hearts worldwide but had African bands had similar clout —and recordings of Zani Diabate, Zoundegnon Bernard, Axmed Naaji, or Paulino Vieira reached wider audiences— they would have been among the world’s best.

Africa’s post-independence music told the story of the world.  The centrality of the continent to the cultural exchanges of the Atlantic and Indian Oceans, the blending of sounds from far and wide demonstrates an innate cosmopolitanism and openness. The Music of that era expressed a new-found autonomy, taking full advantage of the two decades it had to shine. Barring their shortcomings, many of Africa’s first post-independence leaders shared the affinity for long-repressed cultural ideas, seeking to spiritually decolonize and reaffirm self-confidence.

This political will culminated in a massive continental exchange, a unifying force and a necessary tonic for stolen histories. Sudan’s Mohammed Wardi performed in Cameroon to a sold out 60,000-capacity stadium unable to understand his Arabic lyrics but enthralled nonetheless. Somali bands and dancers headlined Nigeria’s 1977 FESTAC event. Zaire musicians regularly recorded and mingled in Nairobi as a line in Orchestre Veve’s saxophone-driven Congolese classic “Nitarudia” reminds us: “Don’t worry baby, I will come to Nairobi to see you” Meanwhile, Mogadishu was the cultural epicenter of the Indian Ocean. Its musicians seamlessly blended Persian, Indian, and East Asian melodies with their own. Many who experienced Mogadishu’s nightlife before the war speak highly of the caliber of Somalia’s many bands. Let’s also not forget the powerful Authenticité movements of Guinea and Chad.

The true story of this creative era is untold. But the best of it has been pressed vinyls, and recorded on cassettes and master tapes. Collectively, these recordings form an important historical document of a continent taking off. As most African countries struggled economically through the 1980s, their music was absorbed into the global marketplace, turning them into luxury items. The most coveted records now sell for four figures on eBay or Discogs: An original LP of Hailu Mergia’s Ethiopian classic, “Tche Belew,” sold for over $4,000. Nigerian boogie and funk LPs, many recorded during the Biafra War, are as pricey as 7-inch singles from ‘60s and ‘70s Sudan and Ethiopia. Global demand drove up prices in Sudan itself, outpricing local buyers. However, with the exception of a few labels that forward payments, little is remitted to musicians or their families.

The head of Haitian Radio Metropole, which holds a well-maintained archive of the country’s vast musical output, told me of a Caribbean-themed bar in Tokyo that holds one of the biggest collections he has ever seen. But, this call to action is born out of self-critique: My shelves hold hundreds of East African cassettes, Haitian records, coveted traditional Malian music, and LPs from Brazzaville. Upon handing me the receipt, a cassette-shop owner in Djibouti reminded me that I was “taking all this culture out of the country.” Evidently, consent and a fair price no longer suffice. To locate quality LPs to use as masters for a compilation of Star Band de Dakar’s Afro-Cuban recordings, I recently had to go through three European dealers, our contacts in Dakar could not find a single copy.

But Dakar would be a good place to start. If the Black Civilizations Museum there agreed to house an archive, record dealers, shops, and private collectors could repatriate parts of their collections. This would require empathy and moral graciousness. Refusals to return even symbolic amounts would be an indictment of the growing worldwide music community. It would reveal a love for African culture that is conditional on control.

The gatekeeping of African records should be done by institutions and museums on the continent. This small step would prevent piracy and reclaim auditory heritage. For instance, Somalia and Somaliland have already established exclusive guardianship of Somali music. To access recordings, one must go through the archives in Hargeisa and Mogadishu. The same template must follow for the rest of the continent. Archives starved of investment like those in Ghana or Sudan would benefit from a gatekeeping role: fees could be charged for foreign access or commercial use. There is enough demand for this to work.

We need not empty record shops, libraries, and private collections abroad. A modest collection demonstrates appreciation for cultures at the margins of the world and a much-needed global mindset. However, surplus from commercial use must also be returned. Record labels who no longer need the master copies of released material must be among the first to repatriate. On the other hand, African recordings, given their magnificent artwork, need laws governing their removal from the continent even if many were produced by European labels in Europe.

However, the most pressing reason to return Africa’s music is more abstract. For the world’s youngest continent to come of age without a sense of their cultural achievements, is to enter the world without confidence: a world where many young black Africans are walled off and ceiling-ed in. Returning Africa’s cultural wealth from an era that is now three to four generations removed would show that we need not hark back to the ancient past to demonstrate Africa’s centrality to global affairs, but only a few decades.

Music, particularly ‘tangible’ music, is powerful. A Somali official told me that one of the existential challenges his government faces is transforming Somalia’s image in the global imagination. We agreed that the music in Radio Mogadishu’s archives that survived three decades of civil war is the ideal place to start. When Mali’s grand old city Timbuktu was under the siege of violence and extremism, ancient culture was on the brink of destruction. The healing effect of returning even one of the many copies of Timbuktu’s most famous outfit, Le Mystere Jazz de Tombouctou floating around in auctioning circles, is glaringly evident.

This piece by Vik Sohonie originally appeared on 18.06.2019 on Africa is a Country as After the Scramble. It has been shortened and edited by Eric Otieno with the author’s consent.