African Fabrics | On Daniel Haaksman, Spoek Mathambo And The Future Of African Creativity 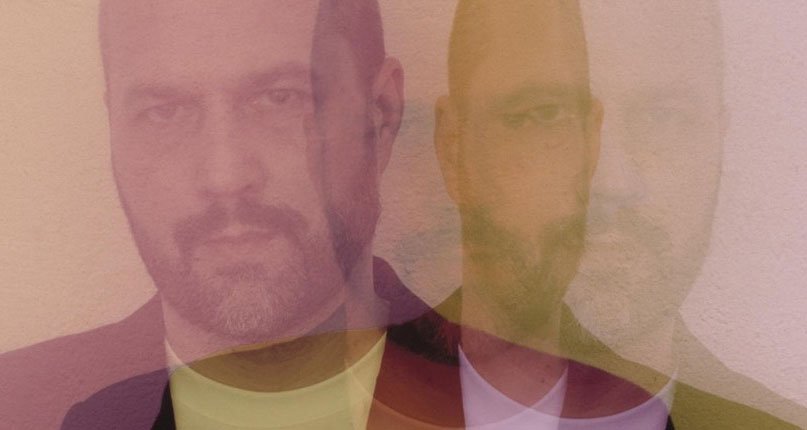 Soon after listening to Daniel Haaksman’s latest full-lenght album African Fabrics, Paul Simon and his Graceland immediately came to my mind. Different genres and times, of course, but these two musicians share a certain quality: the ability to blend traditional and contemporary sounds that result into something powerful that shakes your mind and your body, calling the laws of time and space out, taking us back light years, at the origin of the world, where simplicity and imagination run wild surrounding our thoughts.

African Fabrics is a plane flying to Angola, South Africa, Mozambique, Portugal, before landing in Germany, where Haaksman, a modern day Don Quixote, is flying in the face of the Berlin techno scene, herding among the best African artists into this album which is a celebration of African-Berlinese sound mixes.

Founder of Man Recordings, we interviewed Daniel to get closer to this musical genre, the Tropical Bass, and find out how such an eclectic album was born.

GRIOT: Tell us something more about the creative process behind African Fabrics.

Daniel Haaksman: It all started ten years ago in Brazil. I was working with some local djs and mcs, and it happened that I knew the Baile Funk [a type of dance music from Rio de Janeiro which refers to the actual parties in which music is played.]

In 2012 I had the chance to dj at a festival in Angola. It was my first time. Luckily, being able to speak Portuguese, I could talk to local artists, and discover their world. I was honestly very surprised at the beginning because I got to experience an entirely new world, a world made up of a network of musicians who exchanged information via internet, using the same tools we use in Europe, creating an electronic sound very similar to the European one but with different beats, and an Angolan version of techno.

Absorbing this world was very stimulating  because even if Berlin is considered the world capital of techno music, this genre as we know it, can be boring, old, and monotonous, with such a conservative style. Angolan sounds breathed new life into it.

I went back to Angola two more times and I collaborated with Dama Do Bling – to create Black Coffee track. Then I went to Portugal where I teamed up with Throes + The Sine for Xinguila. These are the origins of African Fabrics.

You are among the first djs who has brought the Tropical Bass to Europe and this album is a celebration of it. What’s the difference between it and other music genres?

Well, Tropical Bass is like an umbrella. It covers different styles: Raggaeton, Kuduro, Baile Funk, Soca. Being a dj I always play ecletic dj sets and Tropical Bass is perfect because it’s a hard-hitting fusion of styles and influences.

Everyday something new happens in Africa. Things move faster than anywhere else because there’s a new middle class that despite 15 years ago can now access technology, computers, and internet. So here is where I am: collaborating with artists from Senegal, South Africa and other African countries without having to move there.

But why have we gotten to know this genre only in recent times?

At the beginning it was a niche market. Today the arena is bigger, with plenty of artists involved, even pop artists who work with the majors, so it’s no surprise that they are the ones who make more money.

There are also artists who work in the underground arena, as dj Marfox, from Lisbon, who does some very innovative projects. Then there are some important factors we should take into consideration. In Germany and France many African artists already have their networks but they make ‘traditional’ music and to me it’s very important that our sound styles can merge. I would never be able to make authentic African music because first of all it doesn’t exist and secondary in Berlin djs normally play tracks with no voices, different from African [pop] music, full of auto-tune and for many [European] clubbers it is very hard to dance. They are not used to it.

Anyway, spreading these beats and sounds depend on the opportunity to transfer data from one part of the world to another one. If years ago the network was very narrow, at present, artists have created a broader network which allows them to be everywhere.

I was just looking at the dates of your tour but didn’t find a stop in Italy. Is it a personal choice?

I’ve recently been in Italy, in Milan [at Sonido Classics.] I love Italy. It’s not a personal choice but this music is something very special and maybe Italy is not ready, yet. There’s not a big network there as there is in other [European] cities.

How can you expand it? How can you reach other cities? Are you managing yourself?

Yes, I am, but I also work with some booking agencies so I can dj in other parts of the world.

How important is social media for your work?

Social media is more important than music. It may sound strange but today the industry pays less attention to the artistic side because image matters more. Music is just a part of the gear.

What about your collaboration with South African artist and producer Spoek Mathambo? Last May you released the video Akabongi, featuring original pantsula dancing in the streets of ‘Joburg’, sung by Spoek in Zulu and English. It’s really powerful.

I’ve known Spoek for seven years. He came to Berlin many times and we kept in touch because I was very interested in making an album with African electronic music. He’s a very interesting artist and while I was listening to Akabongi, a very famous track from the 80’s by South African group Soul Brothers, I immediately thought to make a cover of it with him. So I created the beat, added Colombian Champeta guitar sounds by Bulldozer, Spoek sent me his a cappella music and I finished the track in Berlin.

What’s your relationship with Africa?

Oh, Africa is a very huge continent. I’ve been to Angola and Mozambique and I spent two months in Cape Verde. When I was a kid I lived in Somalia, because of my father’s job.
Africa during the 70’s is very different from the Africa of today and I’m pretty sure that in the near future we will be driven by its creativity. You know, Europe is an old continent with an aging population. For instance the average age of people in Germany is 45 while in Africa it’s 18. Africa is the place where new and fresh ideas are born everyday. We are living in a special moment and Africa will be the future. It’s also true that in many countries there are wars and lots of other problems but it’s a continent made of 54 countries.

What message do you want to convey through this album?

As I was telling you, one authentic type of music doesn’t exist. Norther in Europe, nor in Africa but here, in the motherland, you can always find something new. African Fabrics is an open window where you can see my trips, the people I’ve met in the streets of Maputo and Luanda, along with things I found there.

When I was in South Africa I was often told “Ah, yes, but you come from Berlin.” This is something I want people to pay close attention to. You must always consider the history of German colonization, the Berlin Conference and the Scramble for Africa. My track and video “Rename the Streets” is a reflection I made on the history of German colonization. Anyway, I try to get across to the local artists that I’m not there to steal ideas, music, whatever, but to build a bridge, a dialogue, trying to do everything we can do to get new ideas and music out there. I liked the idea to link up my Berlin with my Africa and see what came out.

There’s a program by our gorvernment that allows German artists to meet African artists. It is also supported by the Goethe-Insitut. Next year I’ll go to Cape Verde for a very important festival and in October I’m going to Lagos to teach web marketing and publishing. What I noticed indeed is that in many African countries artists don’t know much or anything at all about licensing the rights of their production/music. If you want to fund your work and make money from it you can’t think that iTunes is the only answer. You need to know about the licensing world. 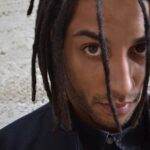