Africa Now! | Paris: “The African Breeze Is Blowing On Our Souls” 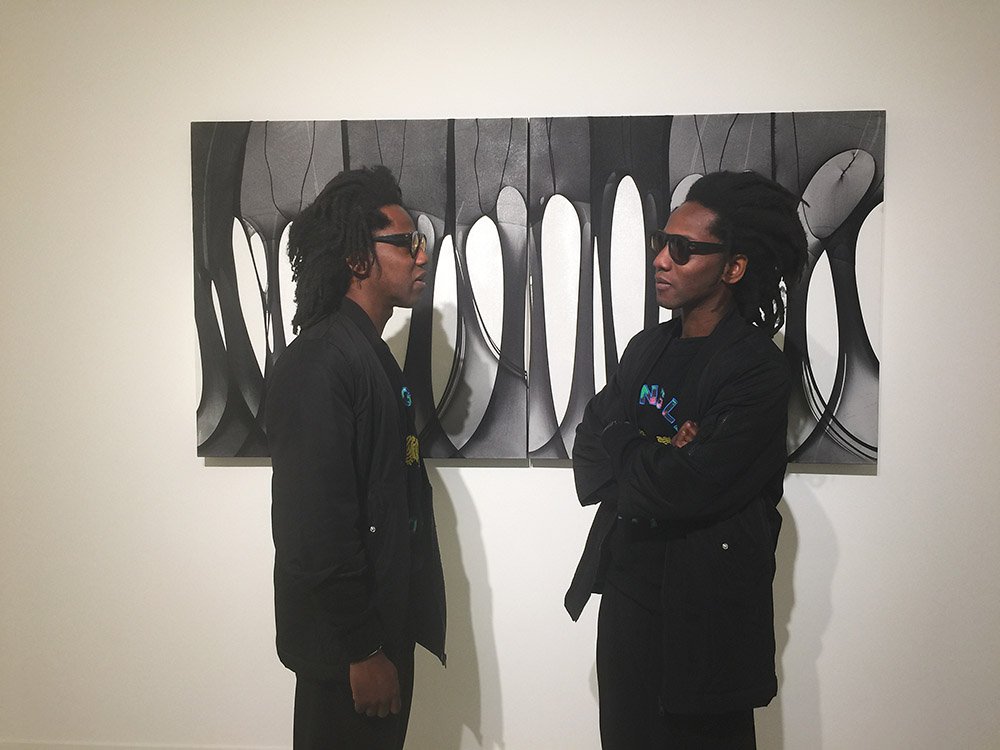 “The African breeze is blowing on our souls – Un air d’Afrique Souffle sur nos âmes” is what you read on one of the banners of the installation by Madagascan artist Joël Andrianomearisoa. His artwork is exhibited at Africa Now, at Galeries Lafayette.

In my humble opinion this sentence perfectly sums up this Africa branded art week in Paris, given that several French institutions have decided to commit their spring-summer cultural programs to the old continent. The contemporary art fair Art Paris Art Fair with a focus on Africa Guest of Honour was held in the prestigious venue Grand Palais. From March 30th to April 2nd, the historic building hosted 139 galleries hailing from 29 countries. On display were works by emerging artists at an affordable price compared to those of FIAC, considered the “older sibling” of Art Paris Art Fair. It was a great opportunity to discover or re-discover works by artists such as Namsa Leuba, Romuald Hazoumè, Isaac Mondele, Patrick J. Tatcheda Yonkeu, Benohoud Hicham El Anatsui, Mario Macilau, Wahib Chehata, Alexis Peskine, Boris Nzebo and Mohau Modisakeng  – the latter will represent South Africa at the next Venice Biennale. Through Africa Guest of Honour, indipendent curator Marie-Ann Yemsi wanted to deconstruct the long-lasting idea of an exotic Africa. But not everyone liked this vision of Africa as a guest of the European art scene. In fact, during the closing party of this African week chez club Colonie, while dancing on the rhythms of West African sounds, Emeka Kupeski Okereke – founder of Invisible Borders – told me: “I found this idea of Africa being a guest of honour at the Art Paris Art Fair very problematic, because we are not guests in Europe, least of all in France. We fought the wars, we died for them, we influenced the European and French culture so much that you can have a complete African experience in Paris. I think this whole idea of Africa as a guest of honour is pushing Africa to the otherness again. It’s like when they say ‘Africa is the Future’. I think it’s a very abusive expression. I don’t know if Africa is the future. Africa is the present. Africa is the past. So I think we should not postpone our narrative into the future. We are in the present. We are here. We are doing things.”

Meanwhile, a few months before the presidential elections Marine Le Pen is rising in the polls…